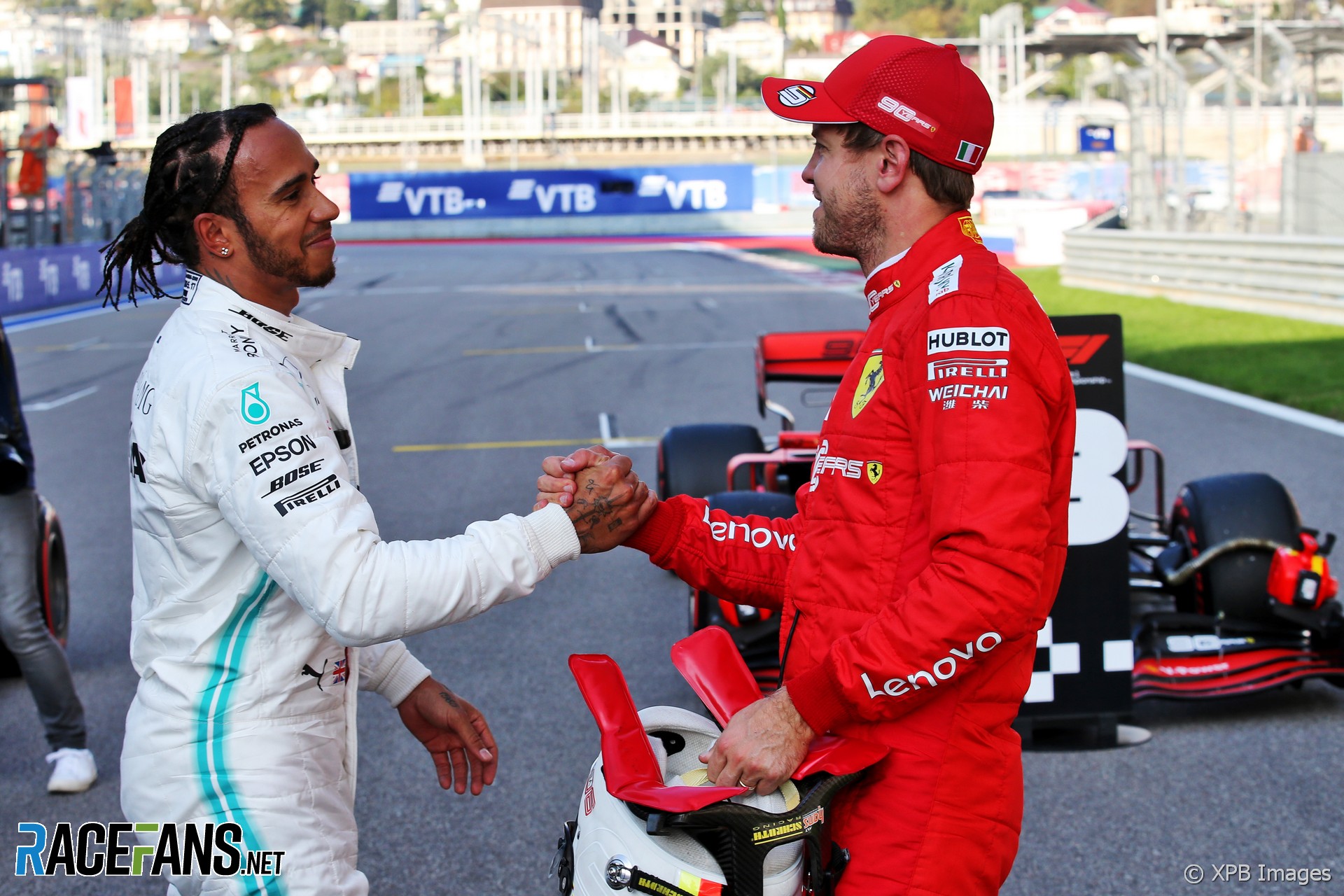 Sebastian Vettel says there is no question Lewis Hamilton deserves to win the world championship, which he looks increasingly likely to do for a sixth time this year.

Following a strong pre-season performance by Ferrari, Mercedes seized the imitative at the start of the season, and Hamilton won eight of the first 12 races.

Asked whether his rival deserves another championship given how strong his equipment has been, Vettel said: “No he does.”

“I think obviously Mercedes had the best car the last couple of years,” said Vettel. And I think there are other drivers that could have had a very good chance at winning a championship.

“But it’s more than that. It’s a combination of that. As much as I didn’t enjoy the years where he was winning, especially when we were fighting – not so much towards the end as I would have loved to – you have to appreciate the fact that it’s the combination.

“It’s not just Mercedes and it’s not just Lewis. It’s the combination of the two that have got to a point where they are very, very difficult to beat. Very consistent, very little errors.

“So that’s credit to him and credit to the team so I don’t think you can separate the two. I think it’s fair to mention always the two of them.”

Vettel remains one of four drivers who can mathematically beat Hamilton to this year’s title, but he is 128 points behind with 130 available over the rest of the season. Valtteri Bottas is 73 points behind Hamilton, Charles Leclerc is 107 adrift and Max Verstappen trails by 110.