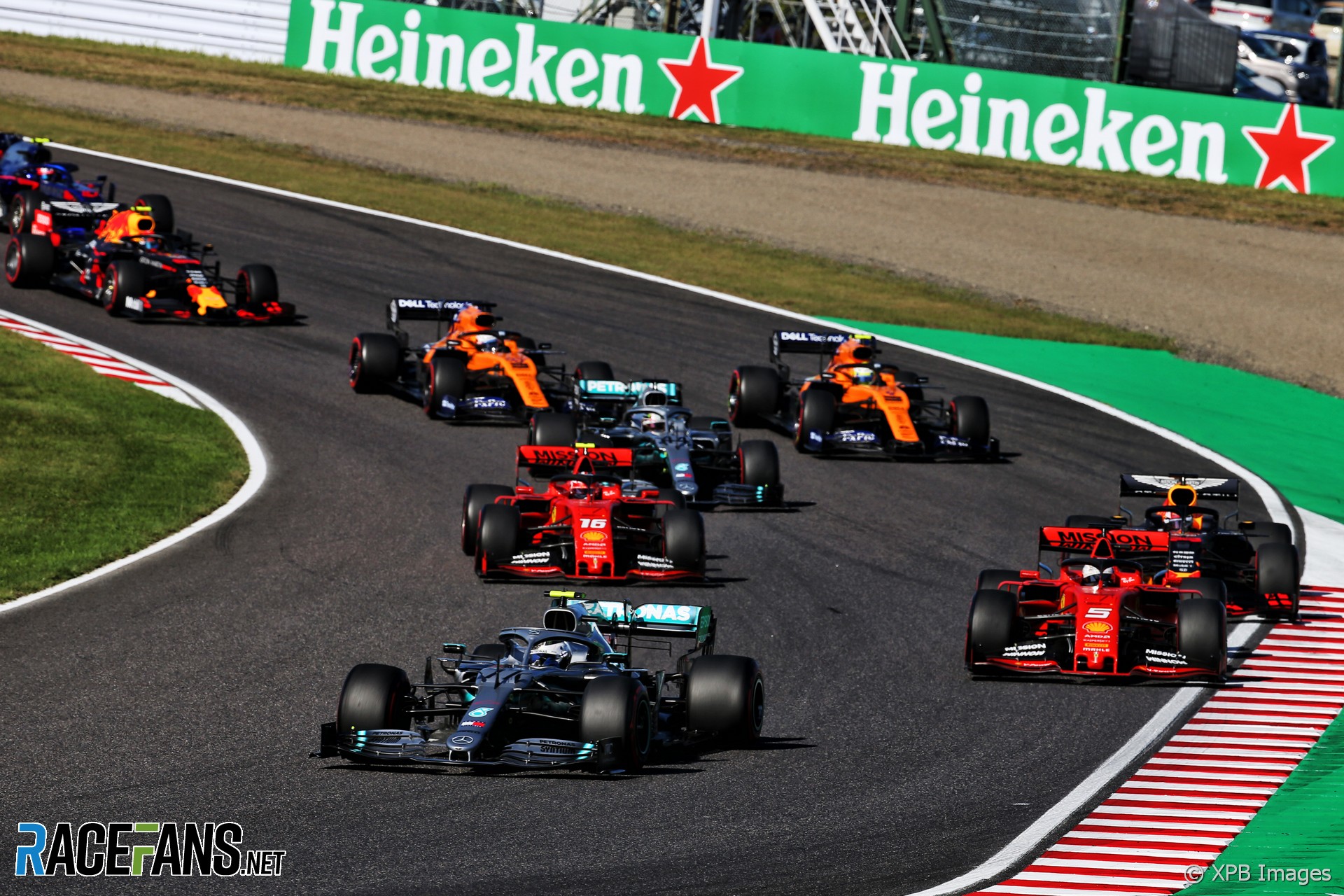 Valtteri Bottas scored his third victory of 2019 after passing both Ferraris off the line at the start of the Japanese Grand Prix.

A stuttering start by pole sitter Sebastian Vettel cost him the lead to Bottas, who also out-dragged the other Ferrari of Charles Leclerc which started on the front row. Leclerc then tangled with Max Verstappen, leaving the Red Bull driver with damage which forced him out of the race.

Lewis Hamilton ended lap one in third place and finished there, applying huge pressure to Vettel after a late pit stop for soft tyres. The first three drivers home, plus fourth placed Alexander Albon, all pitted twice on a day when tyre degradation proved higher than expected.

Leclerc recovered to sixth place after making three pit stops, the latter to take a fresh set of tyres in an unsuccessful bid to keep Hamilton from taking the bonus point for fastest lap. He quickly fought his way through the midfield, but was unable to catch Carlos Sainz Jnr’s one-stopping McLaren.

Victory, third place and fastest lap for Mercedes ensured the scored enough points to put the constructors’ championship out of Ferrari’s reach. Mercedes have won the title for a record-equalling sixth year in a row.

After a poor qualifying session earlier in the day, Renault bounced back, Daniel Ricciardo taking seventh place after Nico Hulkenberg waved him by. Hulkenberg took 10th, limiting the damage to McLaren in the constructors’ championship. Lando Norris finished out of the points after pitting early due to brake overheating, caused by his car ingesting damaged parts from the Leclerc/Verstappen clash.

Pierre Gasly was originally classified eighth after a late clash with Sergio Perez left the Racing Point driver in the barrier. That promoted Lance Stroll to the final points position.

However the chequered flag was waved in error one lap early, meaning the results have to be taken based on the standings at the end of the penultimate lap. Perez therefore was classified ninth ahead of Hulkenberg.