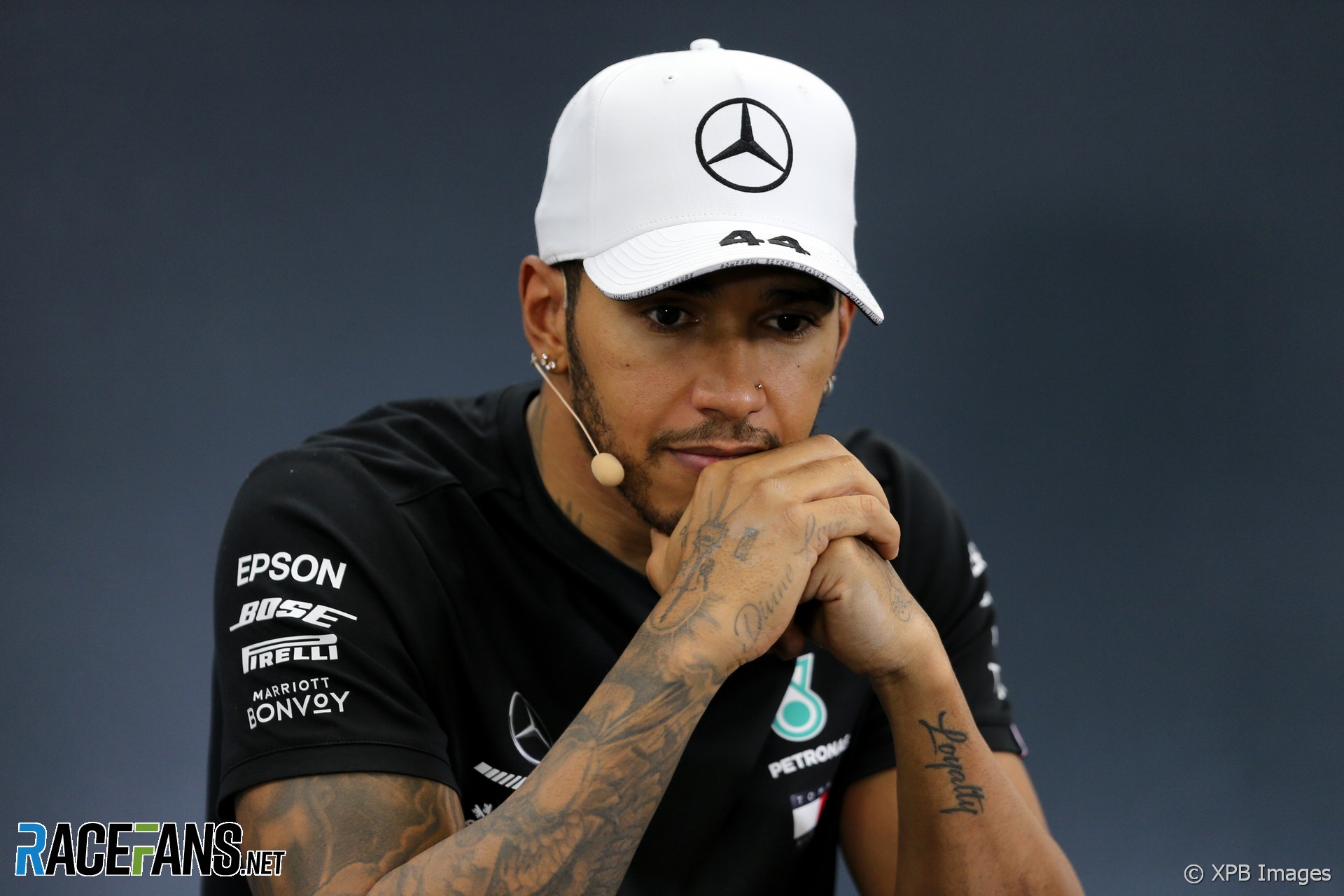 Lewis Hamilton said he could have made a single-stop strategy work after criticising his team’s decision to make two pit stops during the Japanese Grand Prix.

Hamilton switched from soft to medium tyres at his first pit stop, meaning he could have chosen to run to the end of the race without pitting again. However he said he “wasn’t surprised” he ended up making another stop.

“The team put me on a two-stop” he said, “so I knew already when they put the medium on that was going to be the case.”

During the race Hamilton questioned why the team put him on medium compound tyres instead of hard rubber, which he felt he might have been able to finish the race on. “That was a fuck up,” he told the team following his first pit stop.

Asked whether he could have reached the end without a second pit stop, Hamilton said: “With better guidance I think I probably could have.”

Hamilton ran a strong pace at the beginning of his second stint in an unsuccessful attempt to pull far enough ahead of Sebastian Vettel to be able to pit and come out ahead of the Ferrari.

“They said, when they put the tyre on, that we are going [to] a two-stop because the degradation is high. So then, the direction I was given in terms of having to try and close the gap to Seb, every time I was having to close this gap, [I] used the tyres quite a lot. In how I was using them, there was no way I was going to make it to the end.

“If I had, from the beginning, said we’re just going to eke it out and just see if we could manage it, then I could have just driven differently and, potentially, held it to the end. But [that’s] all in hindsight.”

Hamilton said he was unhappy about the amount of time he lost by running a longer first stint. “The surprise is that, every time you come out, by going long you end up fricking twice as far behind as you were before, which is twice as frustrating.

“I can’t see that, so I’m not aware of that, and I come out and I realise that I’ve just lost another 10 seconds and I’m like: ‘You could have told me. If you’d said I was going to come out a further 10 seconds behind – I was pretty much 22 seconds behind Valtteri – I would said no and would have come in earlier.’ So there’ll be some discussion I’m sure when we get back.”