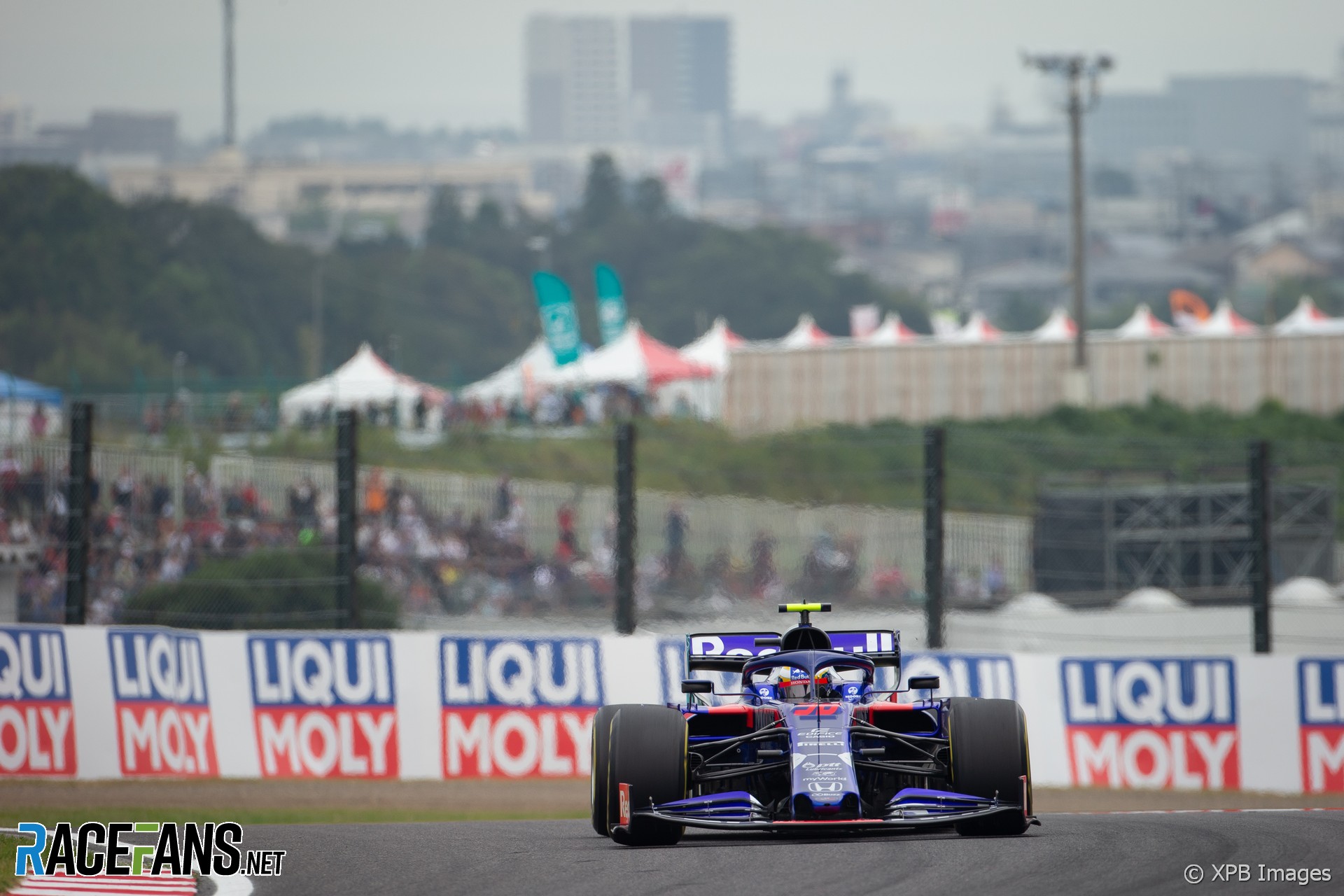 Pierre Gasly was concerned about his car’s handling in the final laps of the Japanese Grand Prix due to a rear suspension problem.

His Toro Rosso developed a problem at the right-rear which affected his ride height and tyre wear on that corner of the car.

“We had a suspension problem at the end of the race which made it even more difficult,” said Gasly.

“I was just really afraid the last few laps, just all over the place. [130R] was so neutral every lap, like going through it with DRS wide open so that was really tough.

“So towards the end it was a lot of hard work but I’m happy we made it in the points in Japan in front of all the Honda fans.”

Gasly tangled with Sergio Perez on the final lap of the race, a collision which left the Racing Point driver in the barriers. “That was really big,” he said, “so I knew for sure it wasn’t ideal.”