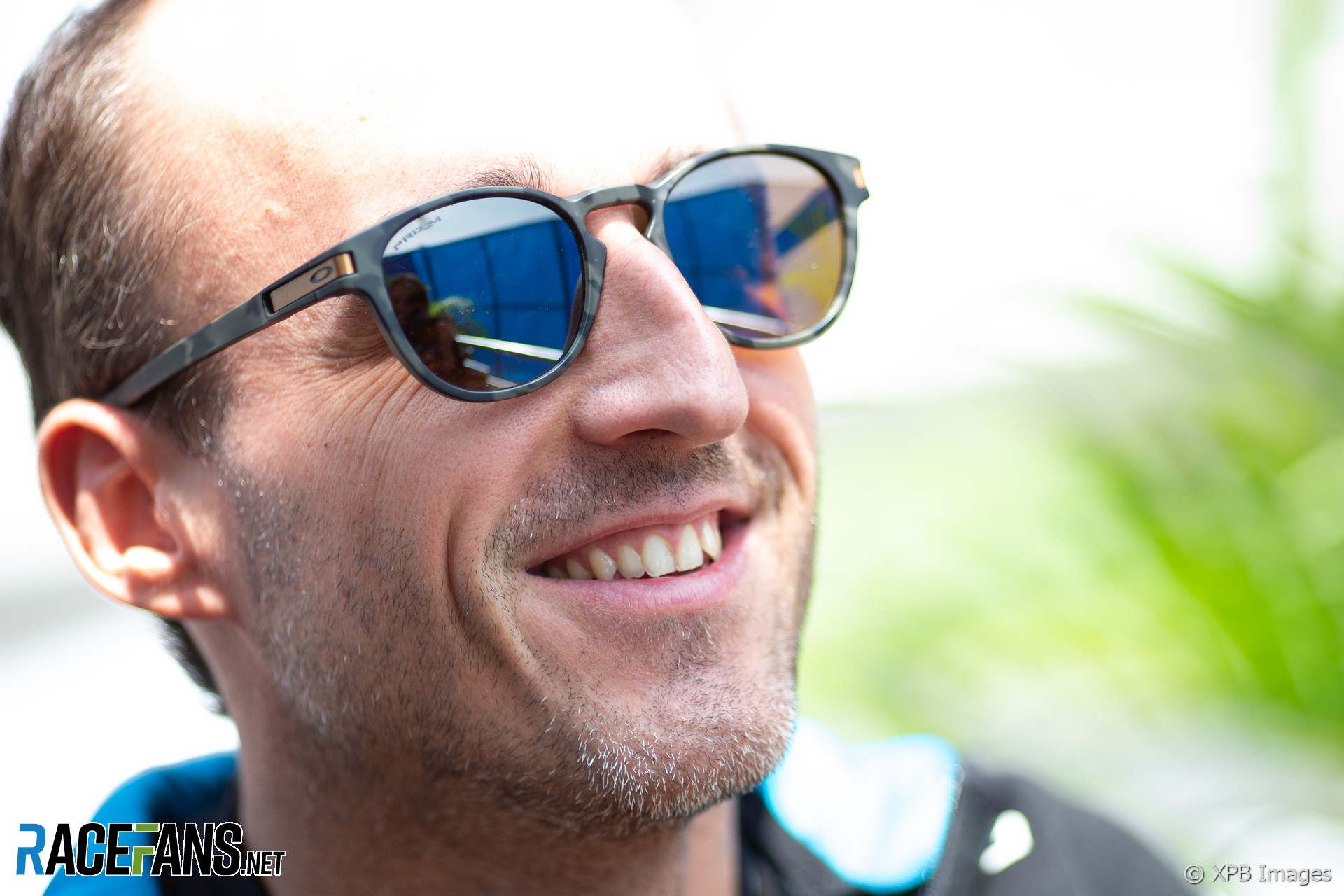 Williams has brought a second example of its new front wing for this weekend’s race but Robert Kubica is still unsure whether it will be raced.

Kubica complained after the team tested the new wing on his car at Suzuka but chose not to race it. Kubica previously described the wing as a development part for the 2020 F1 season.

His team mate George Russell confirmed the team “have definitely got two here so we should be running that” in practice.

“I think it’s more useful for the aero guys than it is from my side,” Russell added, “because sat in the car there’s no real gain.

“But every time we run it there’s more data they’re learning and like I said, it’s looking pretty good into next year when we should bring [it] for next year’s car.”

Kubica, whose car will be driven by test driver Nichoals Latifi in the first practice session, said he doesn’t know whether the team will race the new wing.

“I don’t know, because honestly I don’t even ask,” he said. “So I think we’ll have to see what will be the situation and then drive with what we will have. I just don’t want to go too much into the details and that’s it.”

He said the car’s handling was “much better” with the new front wing, which the team did not expect.

“I think the feeling was better which was a surprise because we were not expecting that it could be better. So this was a bit strange. The feeling was much better.

“It’s strange that when you don’t expect things to be any better and then suddenly you have a much better feeling, it’s something probably something beyond this. But we’ll have to probably we’ll re-test it here and then probably we will run it I think but as I said I take it day by day as it is at a better solution.”