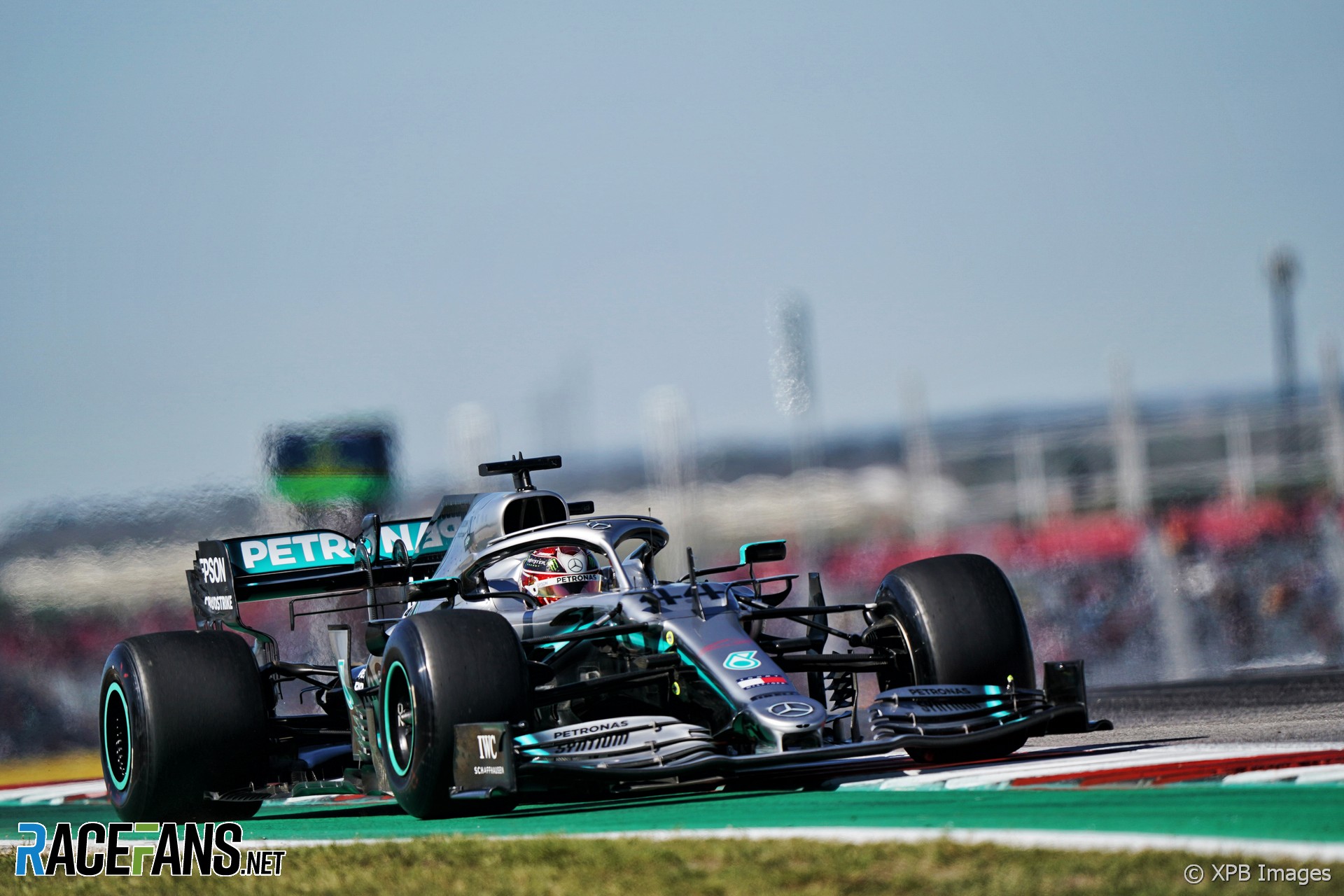 Lewis Hamilton put Mercedes on top in second practice at the Circuit of the Americas as three different teams filled the top three places.

Hamilton’s flying effort on soft tyres surprised Valtteri Bottas who could only manage the fifth-fastest time, eight-tenths of a second off his team mate. “Where is the lap time?” asked Bottas on the radio? “I don’t understand. On the straights?” His race engineer suggested Hamilton had benefitted from a tow, but also pointed out a few corners where Bottas could improve.

The Mercedes pair were separated by Max Verstappen and the Ferrari pair, with Charles Leclerc the quickest of those three. He found most of his time in the first sector of the lap, but Hamilton took it all back and more in the middle sector, where only Verstappen got within half a second of him.

Hamilton’s pace appeared to be too much for the Ferraris during their long runs at the end of the session. Told his rival was lapping at 1’39.7, Leclerc replied: “No way I can do that.” Another series of messages revealed Ferrari were concerned about the timing of Leclerc’s up-shifts at the exit of turn nine, where a particularly severe bump has appeared on the track, possibly due to reliability concerns.

Vettel was having trouble as well. He spun off at turn 13, though it didn’t prevent him from completing his run.

The midfield was even more evenly matched, with five different cars filling the next five spaces behind the usual top three teams. Half a second covered Pierre Gasly in seventh back to Lando Norris in 4th.

After declaring himself happy with his car’s balance in first practice, Romain Grosjean’s day took a turn for the worse when he spun into the barriers between turns five and six. The front of the Haas was extensively damaged, and the session was stopped while his car was recovered.

Although the cool conditions continued to catch drivers out – Antonio Giovinazzi also had a spin, and several drivers bounced through the run-off areas – no one else made it as far as the barriers.

The Williams drivers filled the bottom two places as usual. George Russell, 19th, complained of a strange noise from his gearbox during one of his practice starts.

16 comments on “Hamilton quickest as Vettel spins and Grosjean crashes”