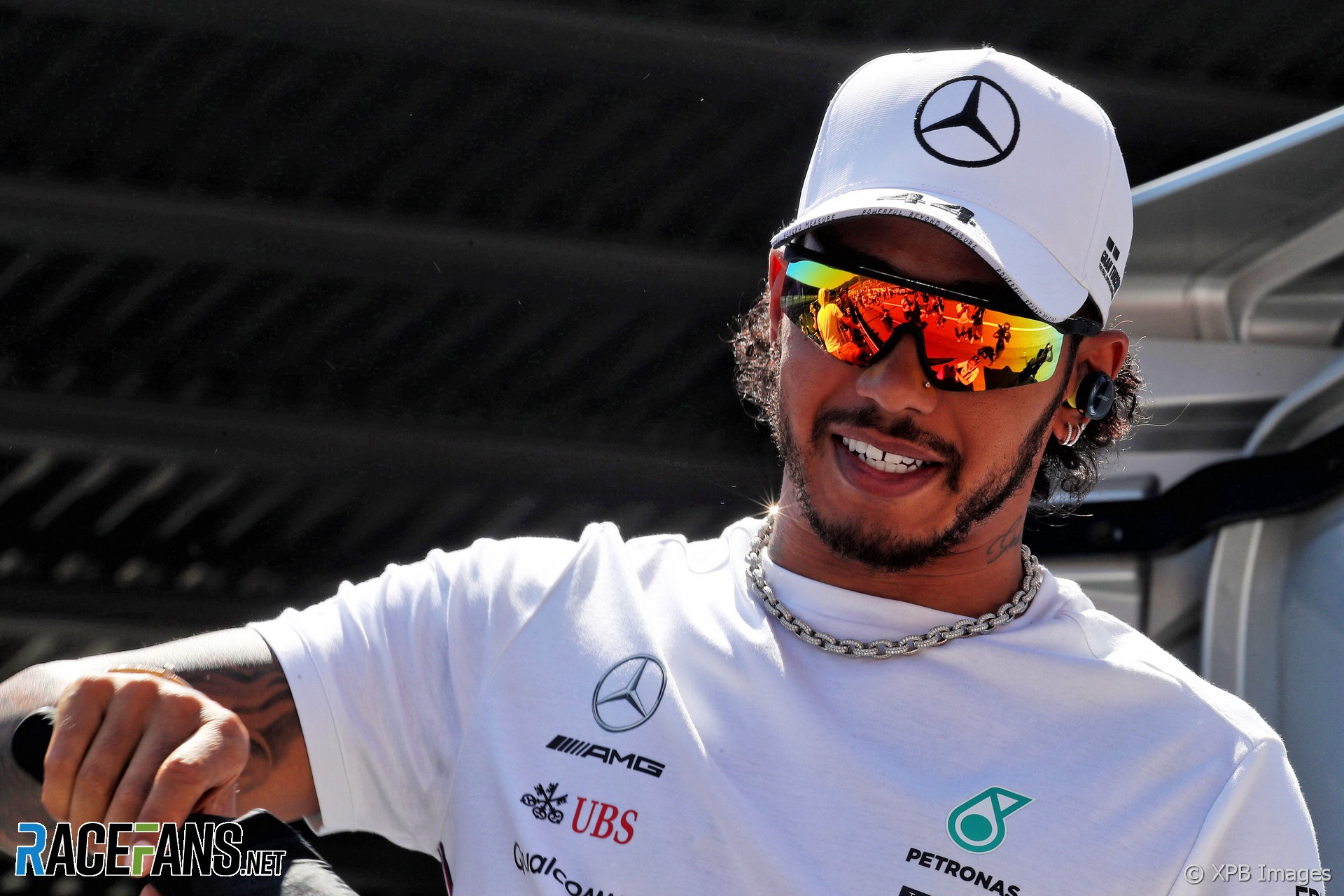 Lewis Hamilton says he isn’t thinking of calling time on his Formula 1 career yet as he prepares to clinch a likely sixth worth championship title.

The Mercedes driver indicated he is considering extending his stay at the team beyond the end of the 2020 F1 season, when his current contract expires. Hamilton also said he’s keen to race the new 2021 cars revealed yesterday.

“Nothing’s obviously set in stone for the future,” he said. “But I definitely am enjoying what I’m doing right now and I don’t see any reason of stopping because I love what I do.

“And yes, when there’s a challenge such as a whole new massive change in the regulations, that’s a huge challenge for me as a driver to use my skills and the things I’ve learned over the years to help navigate the team and try to steer the team in the right direction to develop the fastest car and go back into having those consistent seasons and punching out performances.”

Mercedes team principal Toto Wolff said last week rumours Hamilton could be lured away by Ferrari had been “blown out of proportion”. Hamilton also indicated he intends to stay where he is.

“The idea of standing with Mercedes, I’ve always said it for a long time, I’ve been [here] since I was 13 years old. So the idea of continuing on with them even beyond non-Formula 1, probably heavily involved within Daimler and beyond I think is quite attractive.”

A sixth world championship will bring him within one of the all-time record held by Michael Schumacher. Hamilton said he hasn’t set a target for how many titles he wants to win.

“I’m already achieving dreams that I didn’t even think that I would have,” he said. “I feel very privileged, obviously, to have the five that I have. That’s always the approach I have.

“If I’m able to get the sixth one it would be unreal. But naturally I’m going to be racing for more years. And I want to win every year.

“But it’s not always the case. Some people don’t even have one. So I just have to be grateful for the ones that I do have.

“We’ll see. I definitely don’t think I’ve hit peak yet, so that’s comforting. And I plan to continue to get stronger. So who knows what the future holds, but believe me, I’ll be pushing more than ever in these following years.”