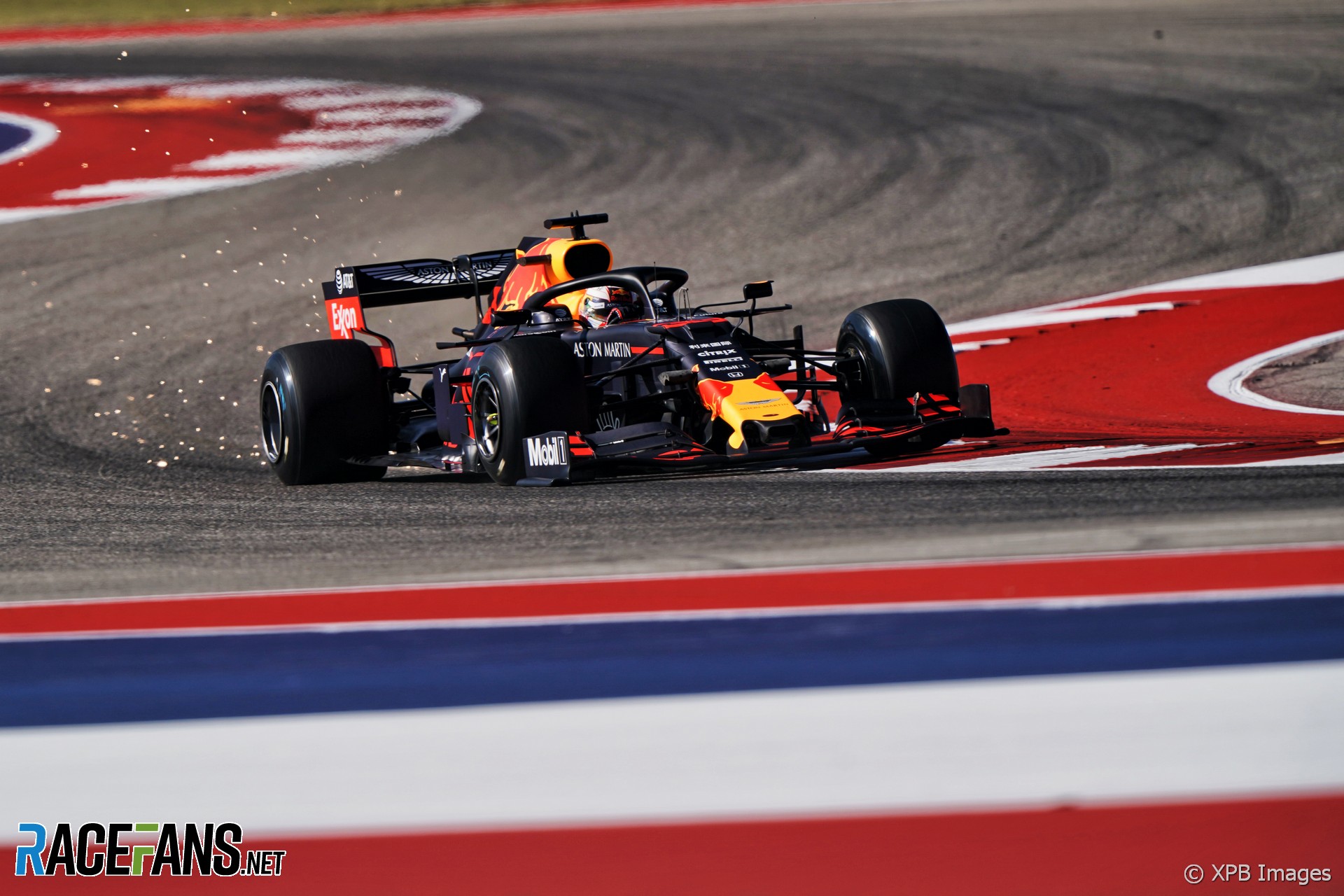 Max Verstappen says Lewis Hamilton’s margin over his rivals in second practice was exaggerated because he had a tow from another car on his quickest lap.

Hamilton ended second practice three-tenths of a second faster than Charles Leclerc and Verstappen. The Red Bull driver believes his car is more competitive than it looks over a single lap.

“Overall it’s been a pretty positive day,” he said. “I think that the pace of the car in the short run is not bad.

“Lewis had a tow on the back straight so it’s not really [representative], the lap time. I think it’s smaller.”

Verstappen believes Red Bull have the most time to gain over a race stint.

“The long runs I think I was not entirely happy, we can still do a little bit better. But this track is very aggressive on tyres as well. So I think if we can keep the tyres under the control then suddenly everything looks a lot better. But overall a good start to the weekend.”

His team mate Alexander Albon, who drove the Circuit of the Americas for the first time today, said he has time to find in the sinuous first sector and low-speed corners.

“It was OK, I enjoyed it,” said Albon. “It’s quite technical. There’s a lot of track, so you don’t know where to put the car.

“The first session was pretty good, the second session not as good. But I kind of know what direction we want to go for tomorrow.”