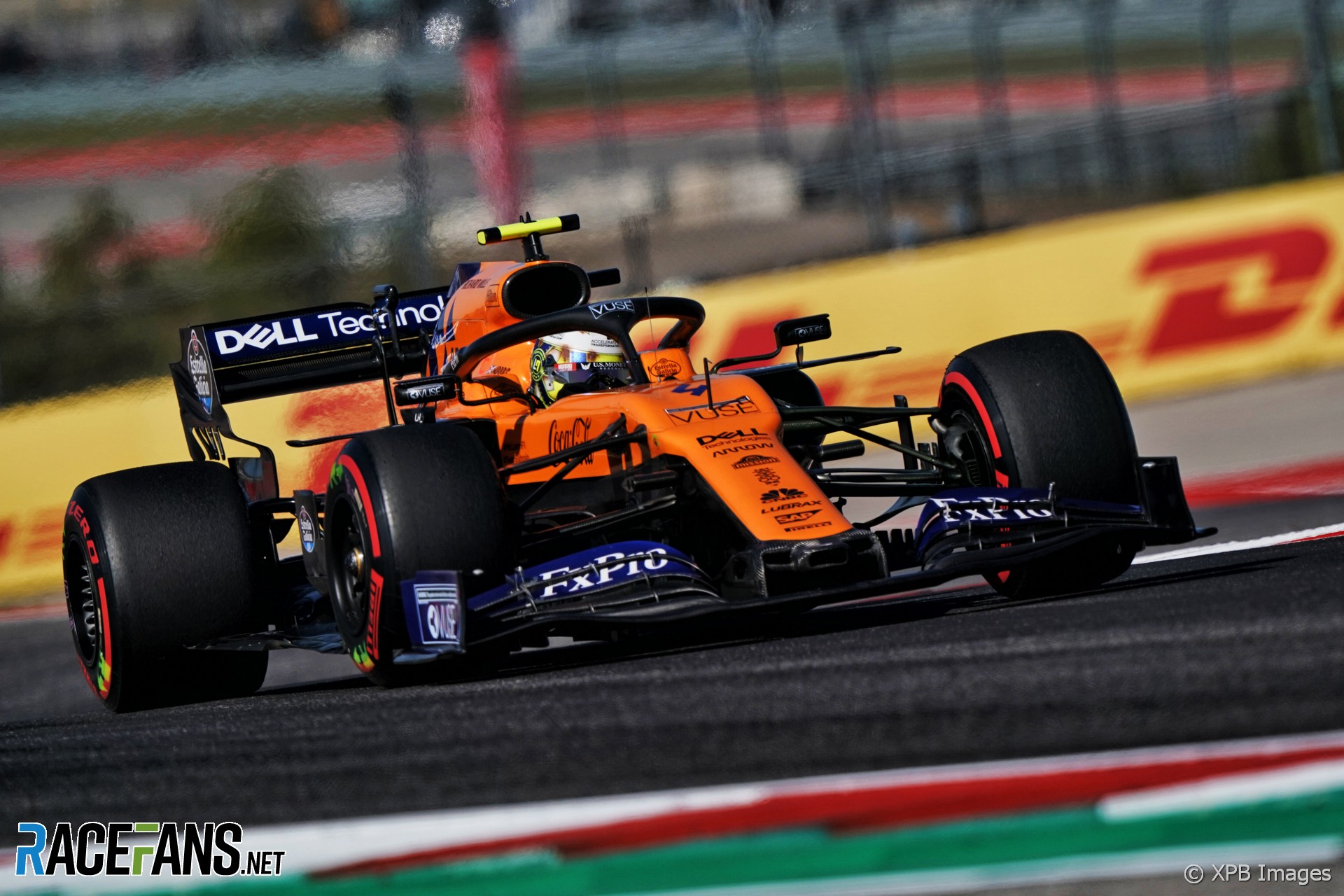 Lando Norris and Carlos Sainz Jnr said the direction of the wind helped them in qualifying but expect it will work against them in tomorrow’s race.

The two McLaren drivers claimed the fourth row of the grid. Lando Norris, who surprised by setting the quickest overall time in Q1, said the track conditions played in their favour.

“The wind favoured us a bit more today which is good and bad at the same time,” he said. “Good because we took advantage of it and we have a strong position for tomorrow.

“But the thing is tomorrow the wind [will go] back to what it was yesterday. So it’s going to be a bit of a tricky race than how quali was today.

“But seventh and eighth is the best we could do. I only had one set of tyres in Q3 and everyone else ahead of me had two sets. I could have improved if I’d had another crack at it but I think I couldn’t have done a lot better so I’m happy.”

Sainz says he was surprised to set a sub-93 second lap. “I’m very pleased,” he said. “The two laps in Q3 felt amazing.

“I suddenly found some two or three extra tenths on myself and on the car that I didn’t expect to be there. So to go down to a 32, put a 32.8 on board, it felt really good.”

However he also admitted the wind is likely to make the race harder for McLaren. The team failed to score at the last round after also qualifying on the fourth row of the grid.

“Today the car was very nice to drive with this wind direction from the north,” he said, “the car switches on for some reason we still don’t understand.

“Tomorrow the wind is going to change back to FP2 so it would have a big effect on us so heads down, analyse and make sure it doesn’t happen like in Mexico.”