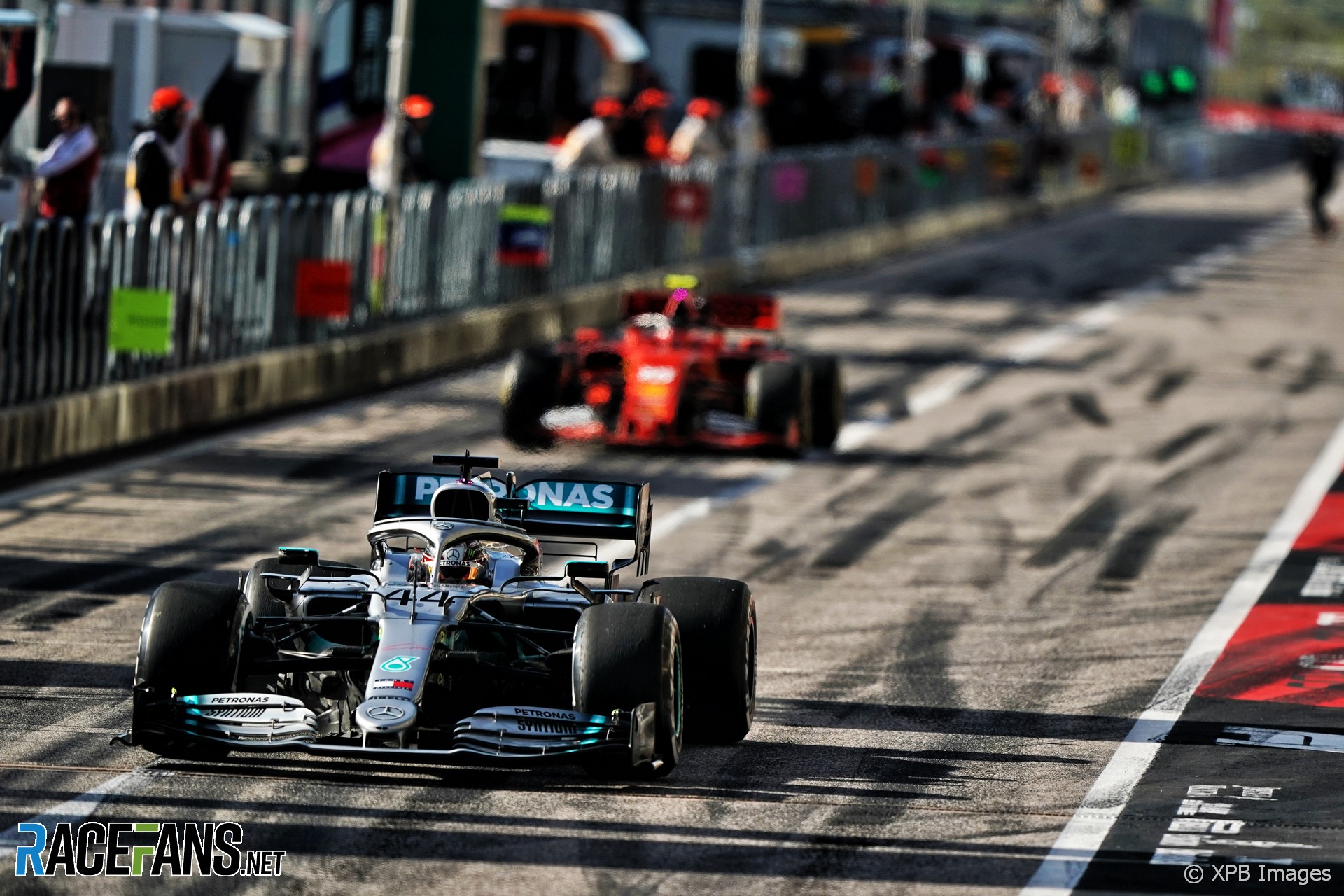 When F1 first raced at the Circuit of the Americas seven years ago, its surface was smooth and lacking in grip. Times have changed.

It’s now bumpy. Very bumpy. Possibly too bumpy, though it’s likely there isn’t much they can do about that before Sunday’s race.

It’s also become rather more abrasive. That, plus its high-speed corners which current F1 cars are capable of tackling at quicker speeds than they could seven years ago, will dish out severe punishment to the tyres.

Of the three top teams, Mercedes seemed to be in the best shape over a long run in second practice. They set the pace over a single lap as well, thought Lewis Hamilton had the benefit of a tow, and of late Ferrari have tended to unleash quite a bit more power on Saturdays.

That points to the probability of another Ferrari pole position, or front-row lock-out. But Mercedes could be quite a bit quicker in the race – Charles Leclerc admitted he couldn’t match Hamilton’s stint pace during second practice.

In which case, we could be on for a repeat of Mexico, with the faster silver cars fighting to get out from behind the red ones. The Red Bulls appear to be right in the thick of it as well.

The midfield battle has taken an interesting twist. McLaren, who a few races ago had established themselves as consistently the fourth-best team, came away from Mexico point-less and didn’t hit the ground running on Friday in Austin.

“It’s going to be a very challenging weekend for us at McLaren because we see that in this track we are not as competitive maybe as we were in Mexico in qualifying,” admitted Carlos Sainz Jnr. “So it’s going to take a lot of progress through the weekend to try and make it to [seventh and eighth] on the starting grid.”

Sainz admitted he’s been surprised by the form of Toro Rosso recently, who ran very well in Mexico. With Sergio Perez condemned to starting from the back, Racing Point’s challenge appears blunted, unless Lance Stroll can get it together in qualifying.

That would be good news for Renault, who look unlikely to wrest fourth place in the constructors’ championship from McLaren, and whose fifth place has looked increasingly under threat.