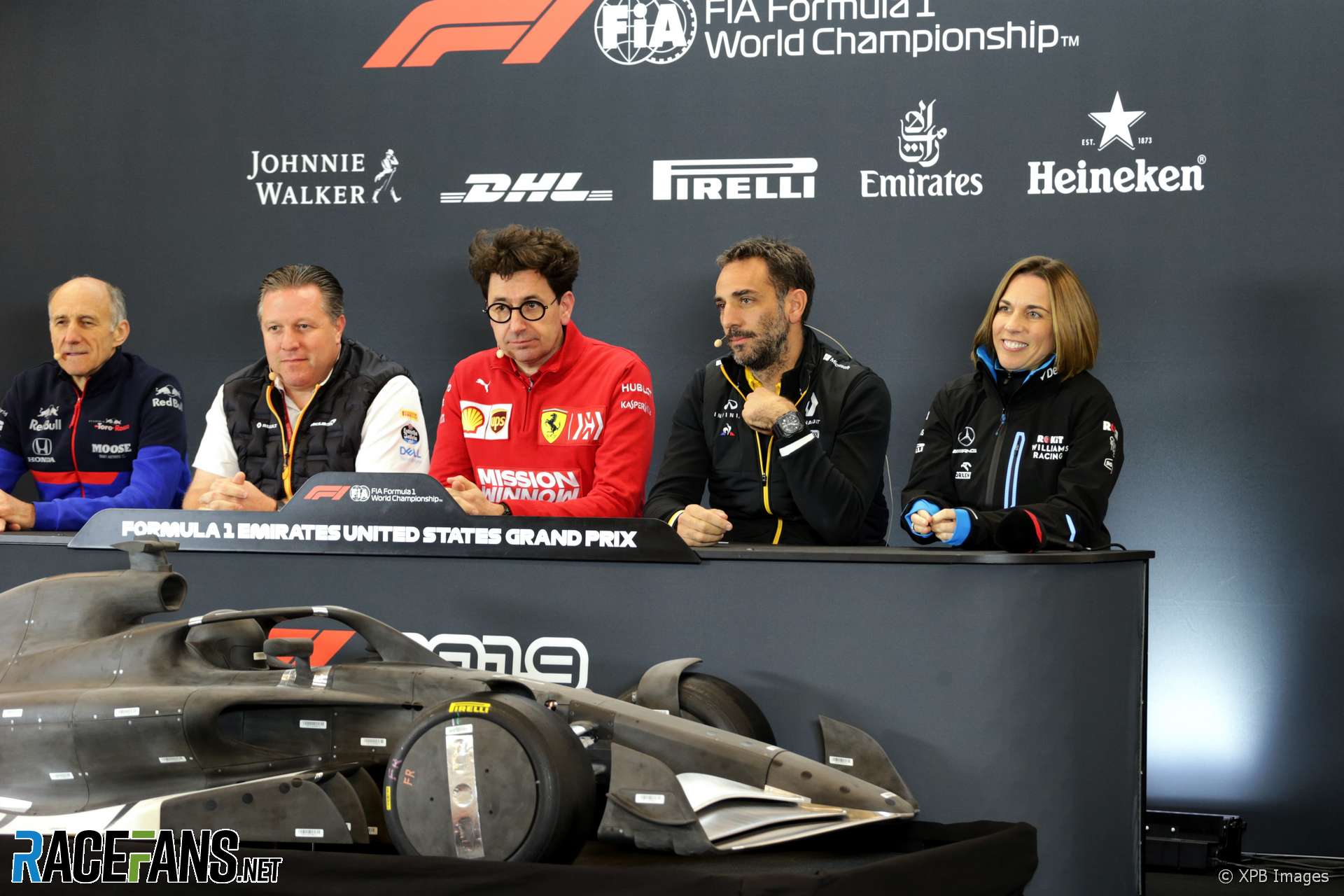 New rules for the 2021 F1 season have been agreed but now comes the potentially acrimonious debate over how much the F1 teams will be paid, writes @DieterRencken in Austin.

I hit the I-35 from New Braunfels to the Circuit of the Americas. It’s rush hour, yet the traffic flows all the way, and I’m parked up and in the media centre within an hour.

With first practice due to start at 11am I take a stroll through the paddock, with the main topic of chat being the 2021 regulations. Folk have had a night to sleep on them, and it’s clear most are in favour. Where reservations still exist, there is obvious relief that it’s all over bar the shouting.

Therein lies the key: negotiations over both the governance process and F1’s billion-buck ‘prize pot’ are the next battleground. I’ve observed three of these money wrangles during my time in F1, all of which were acrimonious. These were the 1998-2007 Concorde Agreement (Williams, McLaren and Tyrrell threatened court action, but settled), its 2010-12 successor (the row over which included breakaway threats and the deal was delayed by three years), and the current deals.

The 2013-20 agreement was, of course, subjected to a complaint filed by Sauber and Force India with the European Union Commission, which was settled only after Liberty acquired F1’s commercial rights from CVC Capital Partners. In its greedy haste to list F1’s commercial rights, the vulture fund devised the current dysfunctional governance process – then aborted the offering at the final hurdle.

Whichever way it’s sliced, the acrimony score is three out of three – and I wonder why the 2021-25 commercial process shall be any less hostile.

At the FIA’s Friday press conference the primary topic is, of course, 2021. Ferrari team boss Mattia Binotto alludes to “lots of work to be done” and his peers voice concerns about governance. Thursday’s presentation may yet turn out to be only half the story, and tame by comparison.

I attend an invitation-only media session with McLaren’s Zak Brown, who explains the rationale behind dropping the popular James Hinchcliffe from the team’s 2020 IndyCar line-up. It’s clear that, as with the team’s F1 pairing of Carlos Sainz Jnr and Lando Norris, McLaren is very much looking to the future. And don’t be surprised if either Oliver Askew or Pato O’Ward are granted F1 rookie tests in 2020. 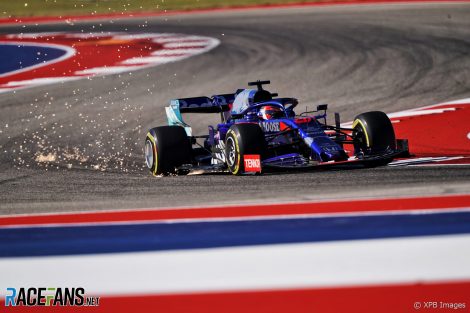 The drivers get in from the second practice sessions and have plenty to say about the track’s bumps. “You have to be careful in some places if you go a bit off-line and you want to out-brake someone,” says Max Verstappen. “I’m always a little bit afraid to maybe damage your back or whatever.”

However his Red Bull team mate Alexander Albon says the Formula 2 cars he raced last year – which Verstappen never raced – rode much worse. In Russia the F1 drivers complained about the Sochi circuit being too smooth; in the USA it’s too bumpy. Get on with it, guys. 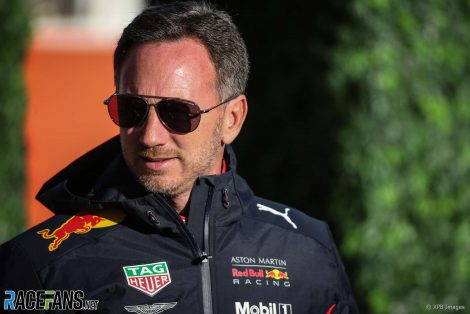 I have an exclusive interview with Christian Horner as part of our monthly team boss series. He’s always good value, and I’m looking forward to sharing his words with you.

Intriguingly, Horner reckons that under the 2021 draft commercial proposals the two Red Bull teams are marginally better off on a combined basis than at present. This suggests the bonuses paid to the top teams will instead be channelled to their midfield rivals. Red Bull, of course, has a foot in both camps, running Red Bull Racing and Toro Rosso – the latter to become Alpha Tauri next year.

Thereafter I head for Red Bull’s garage for a guided tour of Exxon Mobil’s trackside laboratory and the company’s fuel support facility. The company ships twice as much fuel as required (1,500 litres versus 750) to ensure they don’t run fry should a batch be contaminated or a drum is damaged.

While the fuel is kept under lock and key throughout its journey from Exxon’s UK base to the circuits of the world, and even empty drums are secured and returned lest the vapours – and their precious secrets – fall into the hands of competitors.

Pack up to depart, and drive straight into a traffic jam of monster proportions after the local police convert the access roads into a giant one-way system for folk entering the circuit for Friday’s music concerts. In the process motorway on-ramps were made inaccessible. Clearly the cops hadn’t realise that F1 folk need to travel the other way.

The net effect is that F1 personnel and race fans are seen pulling U-turns on congested roads immediately after leaving the one-way system – a potential hazard to the concert-goers. Thus my commute took over 30 minutes longer than yesterday’s, and Saturday evening’s traffic threatens to be even worse unless the situated is addressed.