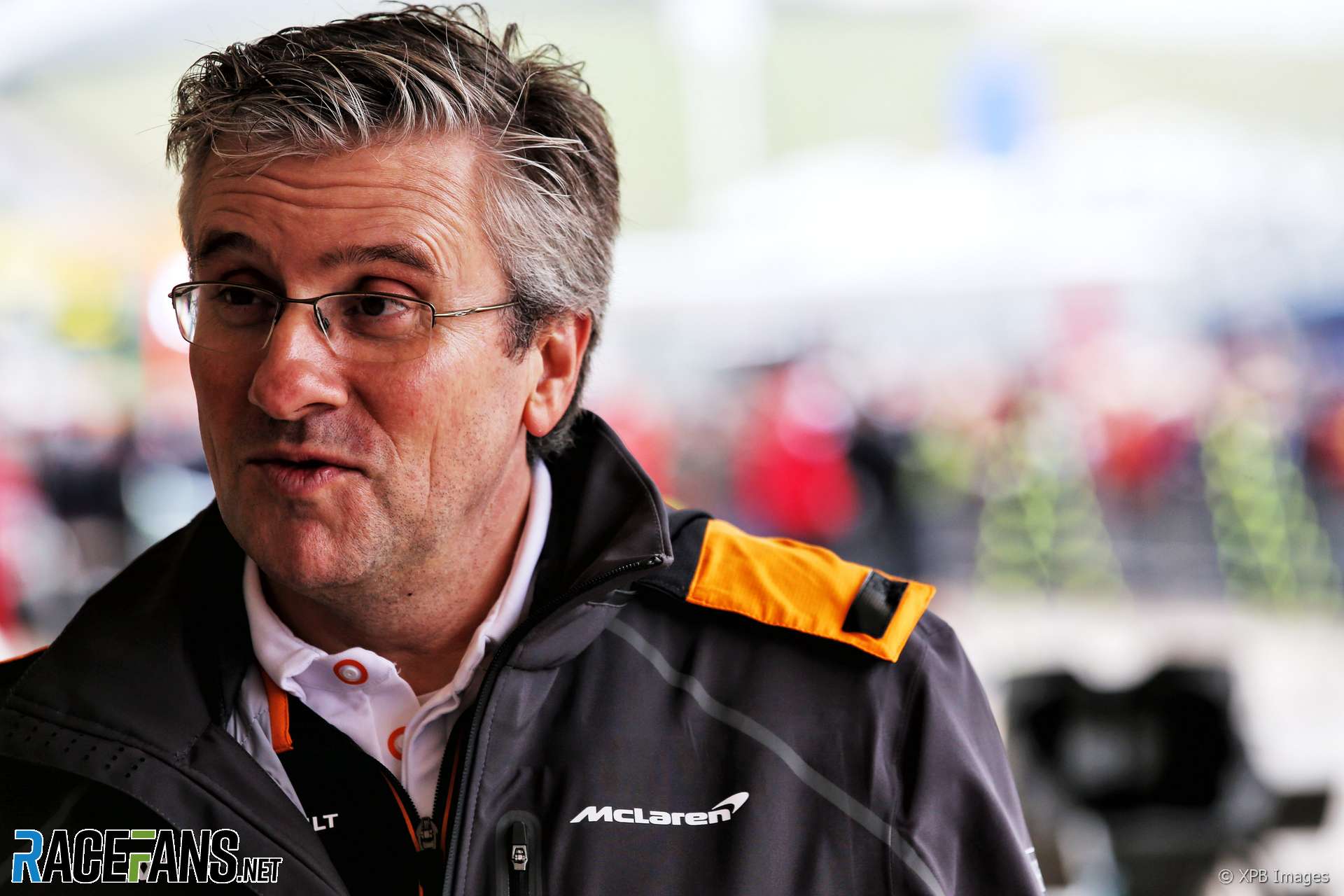 Renault has announced Pat Fry will join its engineering team during the 2020 F1 season.

Fry will “strengthen the technical management team of Enstone following the end of his current contractual obligations,” said Renault in a statement.

Fry previously worked at McLaren, where he played a significant role in the development of the MCL34 the team is racing this year. He spent a longer spell at the team between 1993 and 2010, before he left to join Ferrari.

He spent four years at Maranello but left after their disappointing 2014 campaign. Following a short stint at Manor, which collapsed at the end of 2016, Fry briefly reappeared at McLaren again.

Renault’s UK executive director Marcin Budkowski, who worked with Fry at McLaren, said he is looking forward to reuniting with his former colleague.

“I am delighted to be able to work with Pat again,” he said. “His arrival is yet another step as we build and improve our team structure. Pat’s experience, talent and determination will be additional assets as we continue our progress.”

Renault revealed yesterday it had already signed former Williams aerodynamicist Dirk de Beer and that a new deputy head of aerodynamics will join them in 2021 “from another team”.