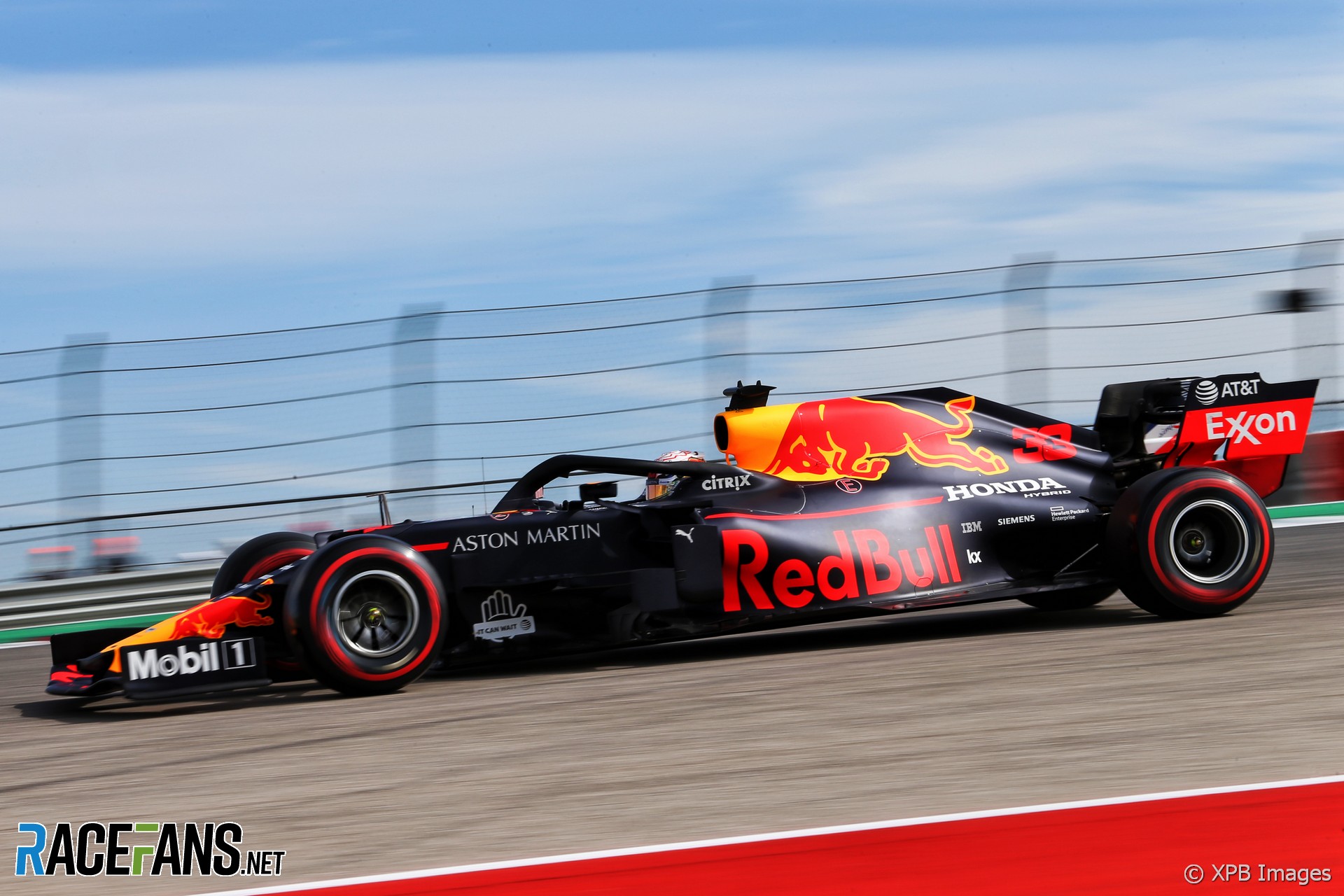 Max Verstappen and Daniil Kvyat blamed Lewis Hamilton for the incident between the three of them during Q2.

However the stewards decided not to investigate the mix-up which led to Verstappen driving off the circuit to avoid the other two. “Lewis fucked us all so it’s his fucking problem this, what’s happening,” the Red Bull driver complained on the radio at the time.

Hamilton overtook Verstappen on the way into turn 16 during their out-laps on their final runs in Q2. The pair then caught Kvyat, who Hamilton overtook, while Verstappen cut across the inside of turn 19 as he tried to re-pass the Mercedes. He then passed Hamilton at the exit of the corner.

“We were all lining up to do our lap,” said Verstappen. “It was Seb, the first Ferrari, then Charles. And then I had Danny [Kvyat] in front of me.

“We were all just slowing down to make space and Lewis just drove by like nobody was there and didn’t care. So I was like, well if you don’t care I don’t care. I wanted to get my position back because everybody is just respecting each other at that point just to start the lap. And that’s why it was such a close call.”

“I don’t know what they were doing to be honest,” he said. “It was quite stupid – not stupid, but just not necessary. I don’t understand why they were racing on their out-laps so much.

“Normally you want to have a order but if some other drivers don’t respect this order then this mess happens,” Kvyat added. “I think it was Lewis particularly.

“But it doesn’t matter. If it’s Q2 he’s already in Q3 by miles but for me it’s a problem. In the end he tried to be the first, but he started the lap behind most of us. So I didn’t understand what it was all about.”

30 comments on “Verstappen: Hamilton “drove like no one was there” in Q2 incident”