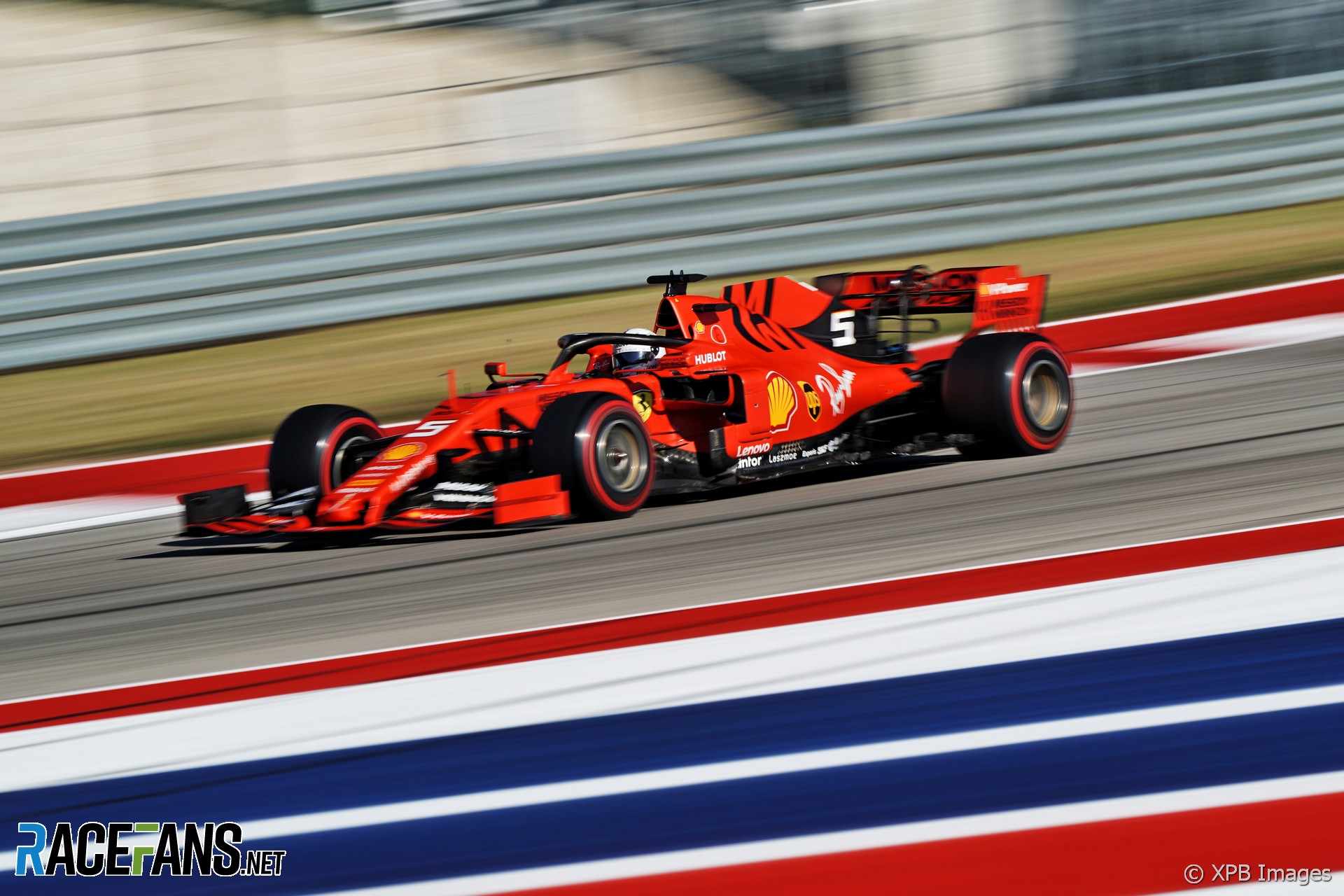 Has the FIA’s technical directive on power units clipped Ferrari’s wings? Speed trap data from the season so far indicates it has.

The gap between the fastest and slowest cars in the speed track at the Circuit of the Americas is the closest it’s been all year. Typically, the slowest car has been almost 10kph down on the quickest through the speed trap. At COTA that spread is just 5.6kph, the lowest of the season so far, matching what was seen at Singapore – a track which is far less power-sensitive.

Of course track configuration, car set-up and even wind conditions at the track will play a role in this. But it’s striking that only one team – Ferrari – is slower through the speed trap this weekend relative to its performance earlier in the season.

Aside from Ferrari, every other team is more than 1kph closer to the top speed at COTA than they have been over the previous 18 races. Some are more than 5kph quicker. Only Ferrari are slower:

The raw data for the season so far illustrates in detail the change that has happened from race to race (including Hockenheim, which is something of an outlier, likely due to the different set-ups teams used in anticipation of wet weather):

Taking just the best results for each engine brand, it’s clear to see Ferrari have consistently been the top performing engine this year. And that at COTA, the difference between the four different engine brands is the closest it’s been all season:

Lewis Hamilton is convinced Ferrari are not as quick in a straight line this weekend. “Obviously today I think they’ve lost a bit of power,” he said.

Whether that is actually the case will become more clear over the coming races. But the early indication is the FIA’s directive does appear to have led to a slight reduction in Ferrari’s top speed, and has made the field closer in this respect than it has all year.

That is significant on a weekend when Ferrari’s run of six consecutive pole positions ended by just 12 thousandths of a second.

29 comments on “Analysis: Have Ferrari got slower since the FIA’s technical directive on power units?”