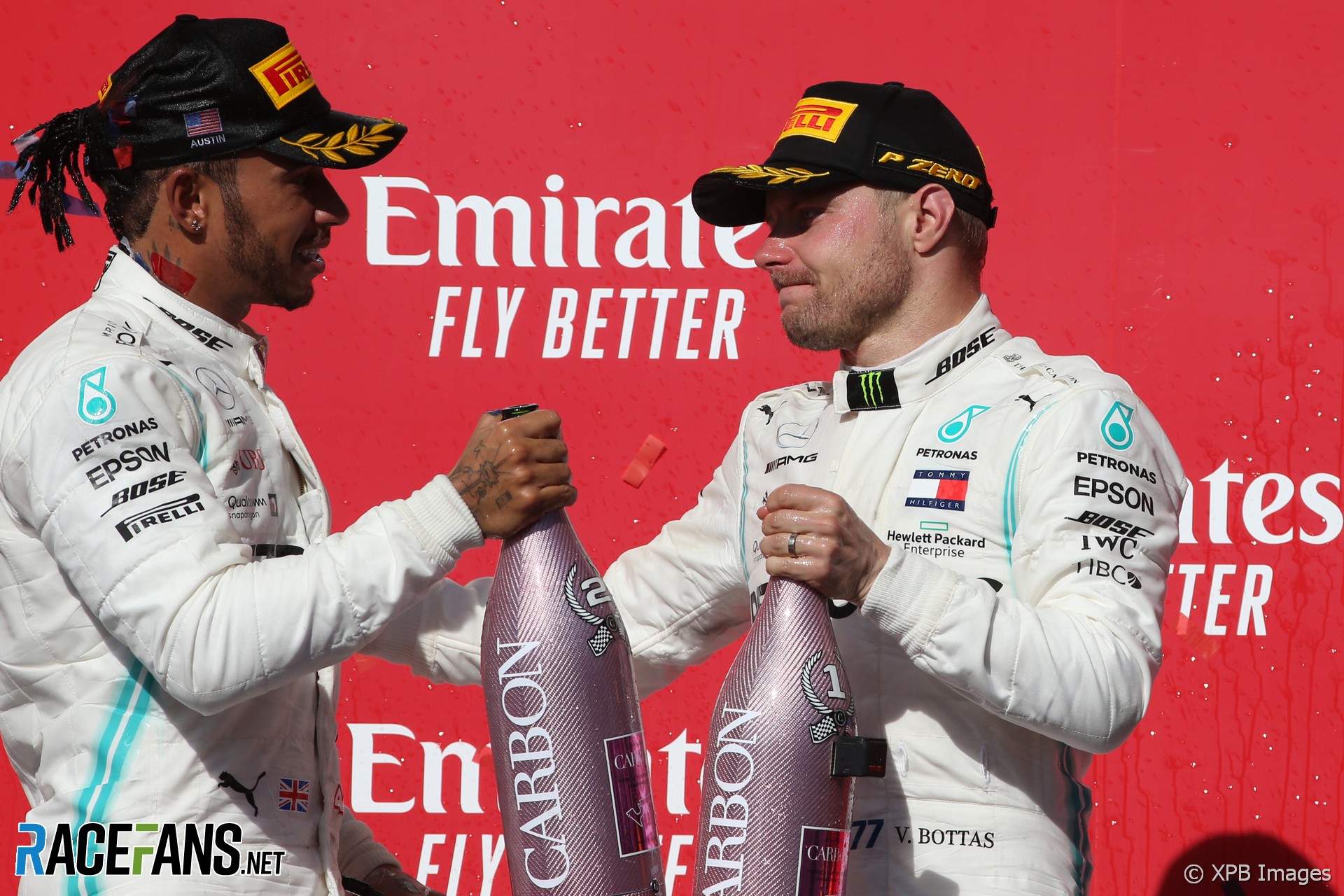 Bottas led the early stages of the race but fell behind his team mate as he pitted twice during the race, while Hamilton tried a one-stop strategy. It almost paid off for Hamilton, but on fading rubber he was unable to keep Bottas behind.

Victory for Bottas was exactly what he needed to keep his championship hopes alive. But only if Hamilton failed to score well, and second place was more than enough to secure his sixth world championship title.

It was a terrible race for Ferrari. From second on the grid Sebastian Vettel fell back quickly at the start, passed by Hamilton in the S-bends at the start of the lap, then mugged by Charles Leclerc, Lando Norris and Daniel Ricciardo. He was out after just eight laps when his right-rear suspension suddenly failed.

Leclerc never figured in the fight for the lead and dropped further out of contention with a very slow pit stop. He finished over 50 seconds behind after making an extra pit stop for soft tyres, which allowed him to claim the bonus point for fastest lap.

Alexander Albon recovered to fifth place, 25 seconds behind Leclerc, after being delayed by a first-lap collision with Carlos Sainz Jnr.

Daniel Ricciardo beat the McLaren pair to take sixth place, chased across the line by Lando Norris, who was within four-tenths of a second of him at the line. Sainz was lapped in eighth, followed by Nico Hulkenberg. Daniil Kvyat took the chequered flag in 10th place but he and 11th-placed Sergio Perez are under investigation by the stewards for a collision between the pair.

Update: The stewards have penalised Kvyat for the collision, dropping him to 12th place and promoting Perez to 10th.