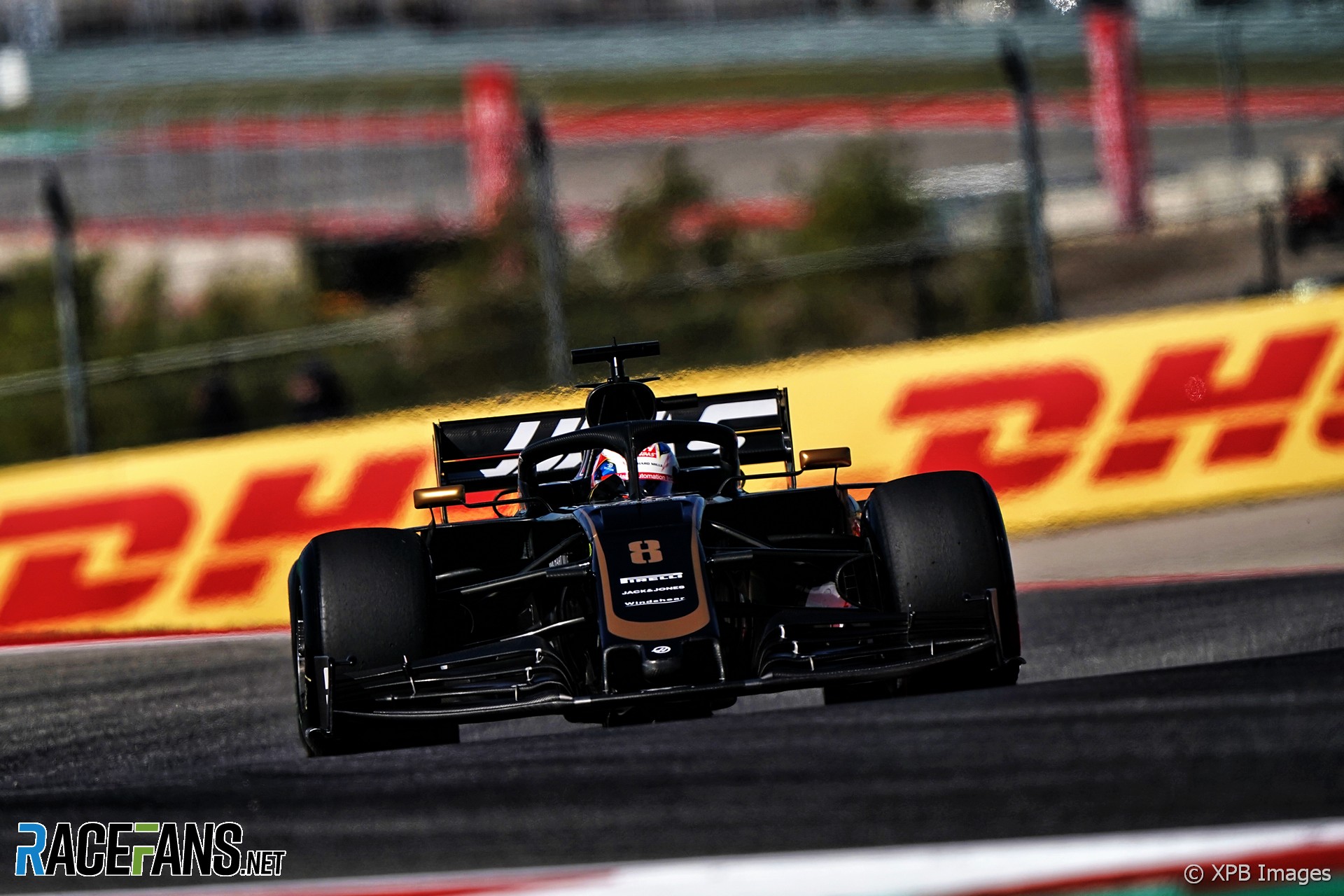 A problem with Romain Grosjean’s rear wing cost him half a second on the straight at the Circuit of the Americas, says the Haas driver.

Grosjean qualified 15th, three places and 0.179 seconds behind team mate Kevin Magnussen. He said he was disappointed with the result having been sixth in first practice before he suffered various setbacks.

“We have had a fair bit of issues during the weekend,” said Grosjean, whose problems began when he crashed during the second practice session.

“Yesterday afternoon we tried the updated package and it’s got big issue in the high-speed corners and basically, I lost the car for no reason. Just the rear downforce went. There’s nothing you can do.”

“The rear downforce decided to go,” Grosjean explained in response to a question from RaceFans after qualifying. “They can’t explain it. They say this package, we just don’t touch it any more.

That further change compromised Grosjean in qualifying. “I had to run a very heavy rear wing in terms of drag,” he said. “It was about half a second on the straight compared to Kevin. Making up half a second in the corners is pretty tricky.”

Grosjean admitted he’d been hoping for better in the team’s home event. “All in all it’s a long season, it’s hard to keep your head up, and when [it’s] your home race and there’s nothing you can do, you’re bloody slow on the straight, it’s just painful.”