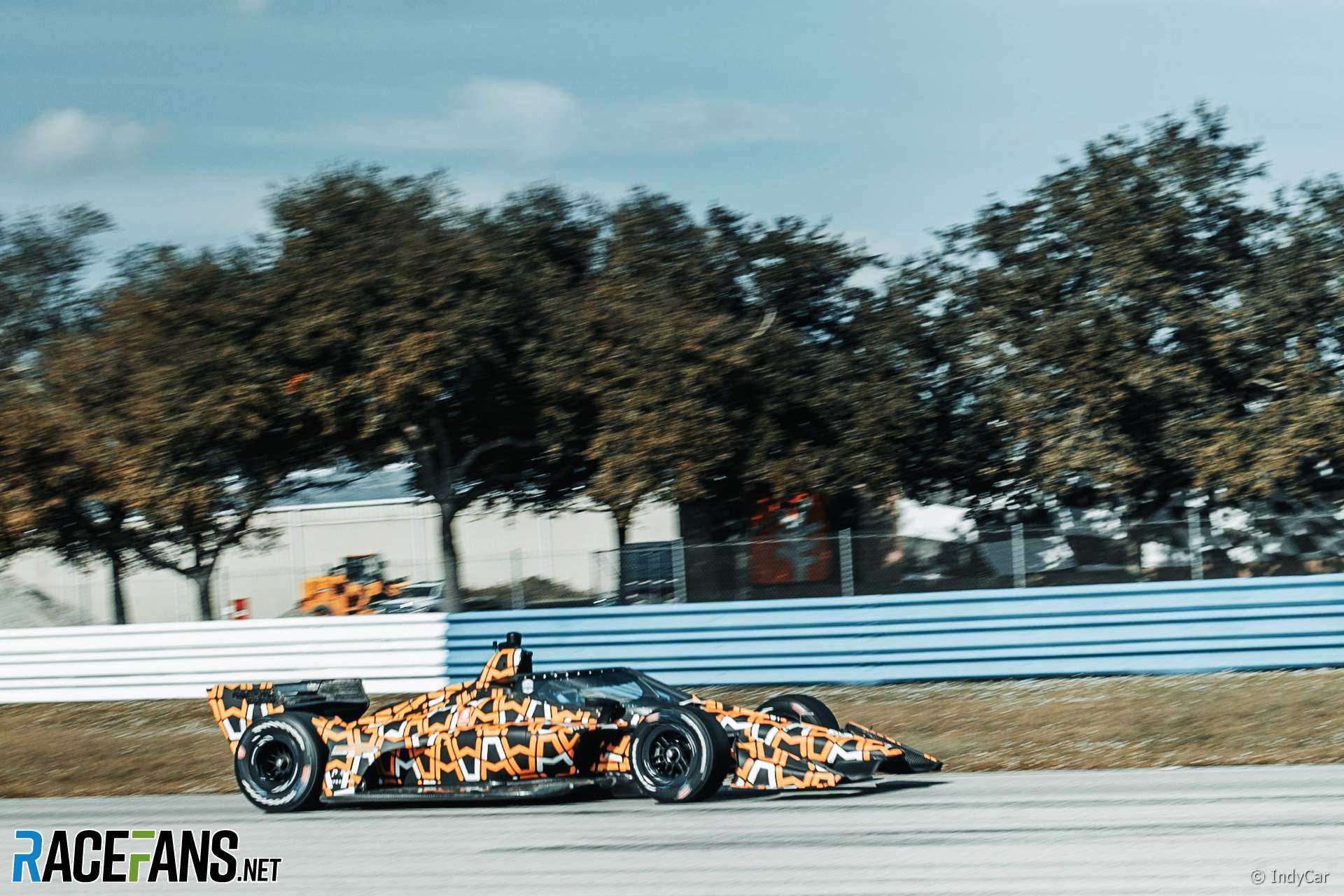 McLaren has conducted its first test ahead of its full-time return to IndyCar next year.

Patricio O’Ward, who has already been confirmed as one of the team’s two drivers for next season, drove a Dallara DW12 fitted with an Aeroscreen at Sebring on Tuesday. The car ran in an interim camouflage livery.

Rival team Dale Coyne were also present at the test with Sebastien Bourdais and Santino Ferrucci. Both teams conducted evaluations of the new Aeroscreen which will be mandatory on IndyCars next year.

O’Ward, who has started eight IndyCar races, was impressed with the new safety structure.

“You can barely tell the screen is there because it’s pretty clear,” he said. “Obviously, it’s a bit more enclosed, but you see everything you usually see. The eyes kind of look around the halo, so you don’t really notice it. Once you’re pushing, you don’t really see the Aeroscreen.”

All teams should receive their supplies of Aeroscreen parts next month, according to IndyCar’s vice president of competition and engineering Bill Pappas. Standard cooling options will be made available to each team.

“These will be areas with specific parts,” said Pappas. “Teams won’t be free to develop their own ductwork.”