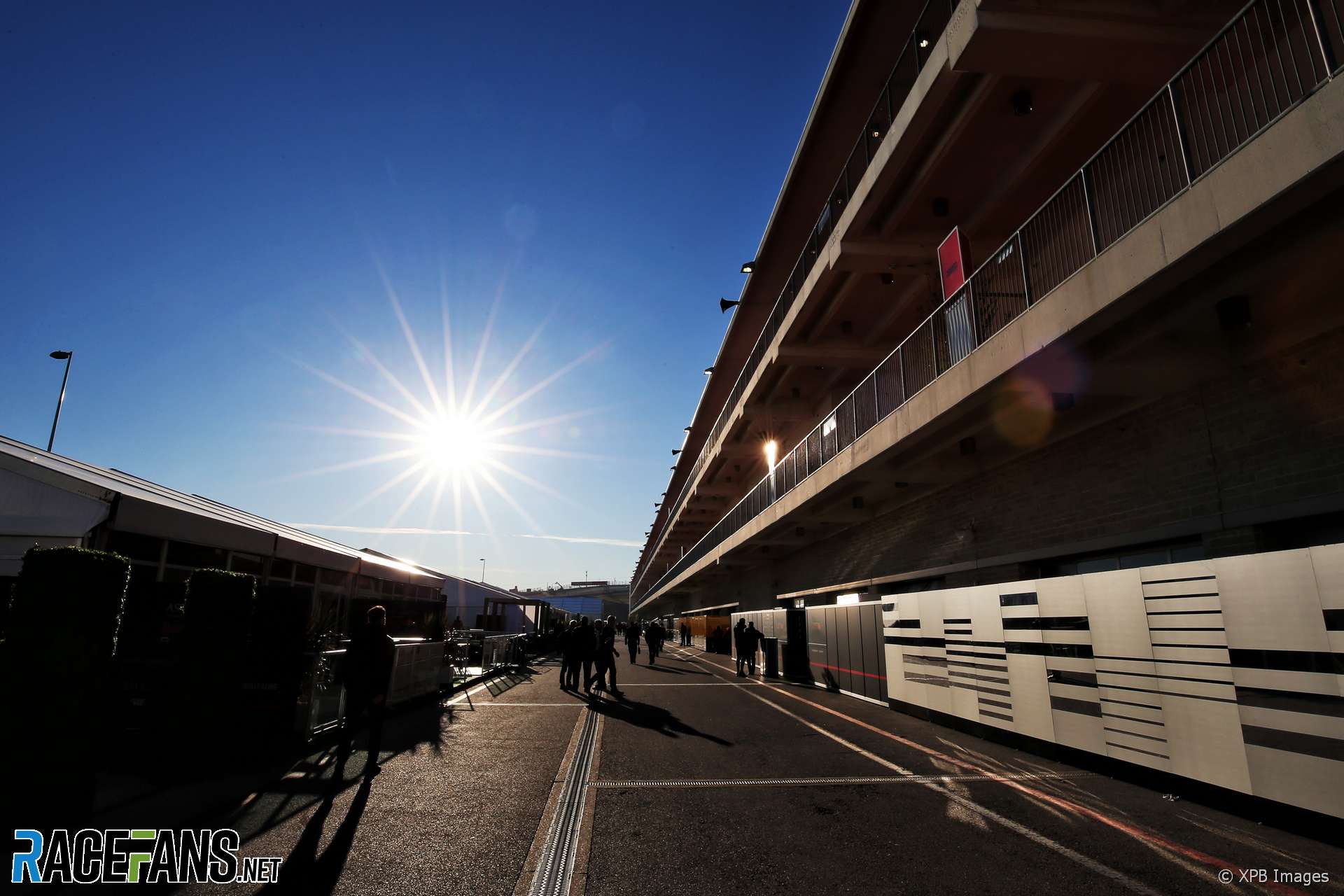 I didn’t have much time to prepare for my first time attending a Formula 1 race as an accredited journalist. My accreditation was approved by the FIA on the Monday before the United States Grand Prix.

I would have to be in the paddock first thing in the morning on Thursday. That left little time to get on top of the logistics of how I was going to travel from my small university in Dahlonega, Georgia to the Circuit of the Americas in Austin, Texas around a thousand miles away.

I’ve covered high school sports, professional soccer, and the Alabama IndyCar Grand Prix, but this opportunity was special. Formula 1 has been my favourite sport since I watched my first race in 2015. It was a dream come true both as a fan perspective and a budding 19-year-old sports journalist.

My dad offered to tag along and – very kindly – help me pay my way. On Wednesday we flew into Houston, Texas and drove to a suburb of Austin called Pflugerville where we stayed throughout the weekend.

The next morning I was walking towards the paddock in the freezing cold. I spied several Ferrari and McLaren team members climbing from their buses and it hit me: I had finally made it to a race. I would spend the next four days watching the action first-hand, shuttling between media sessions with notepads and voice recorders, and contributing to many of the articles you may have read on RaceFans last weekend. 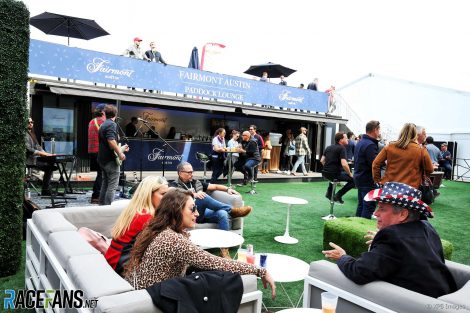 At the track, there was an added buzz in the air on Thursday as new rules and technical regulations for the 2021 season were finally confirmed. Due to space restrictions, that press conference was restricted to one representative per outlet and @DieterRencken attended for RaceFans having revealed many details of the planned rules here long before they were announced.

However the new rules proved topic in the drivers’ media sessions. My first group interview was with Kimi Raikkonen, and I took the chance to get his view on how the 2021 regulations may alter the racing, given the new cars are meant to be more robust.

I received something of a ‘classic Kimi’ response. “It’s impossible to say until [we] drives the cars when the testing begins,” he began. “Then I think we [will] really see how they are.

“Do they behave differently, do you have to change something or not? Until that it’s just pure speculation because you can put billions of numbers and graphs in front of everybody, but we don’t really know until we run them in testing.” Whether Raikkonen will find out for himself, which would meant racing beyond the end of his current contract next year, is a question his many fans will have to wait to learn the answer to. 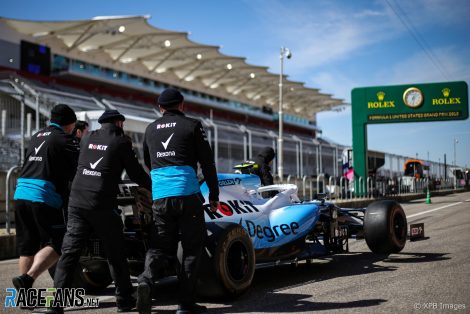 Over the course of the day I also spoke to Nicolas Latifi, Antonio Giovinazzi, and Sergio Perez who were all positive about the direction F1 is heading with the 2021 rules. In the space of four days I found time to hear from all the drivers first-hand, plus a few of the team principals.

Williams sponsor Acronis invited me and a few other journalists to tour the team’s garage. The scale of the operation is simply daunting, and hard to convey through television coverage.

This was a detail which repeatedly struck me throughout the weekend. The TV cameras inevitably concentrate on the cars on-track, but the planning behind how everything got there from a totally different part of the world is staggering.

The landmark 25-storey tower at the Circuit of the Americas is a must-see. The chilly first practice session offered the best chance to do this before the weekend go too busy (and also rendezvous with my dad, who had bought himself a general admission ticket, an encouraging sign that my attempts to make an F1 fan of him are succeeding). We enjoyed the view of all 20 turns of the 5.5-kilometre track.

Back in the paddock, the weekend built up like a giant crescendo in nearly every aspect. Every day more people thronged between the pits and hospitality units, the hillsides around the track disappeared as they were covered with fans, and it ended with a world champion being crowned for the sixth time in his career.

Confetti was blowing around the paddock from Lewis Hamilton’s title celebrations hours after the end of the race, and it was a constant reminder of the monumental achievement that one of the all-time greats achieved on a weekend that was already special for me. 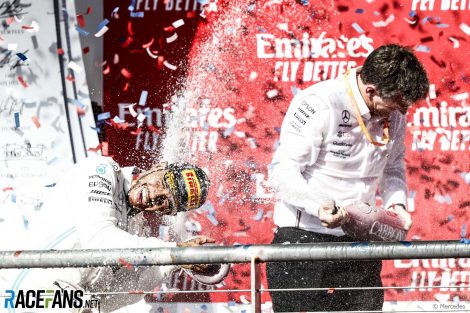 The whole experience felt surreal and something of a blur as I scribbled and tapped away between media sessions with those faces which were already so familiar from TV. Writing for RaceFans has never felt like work but this was the best opportunity yet to pursue my passion at the scene of the action. There’s nothing else quite like it.

Dieter was an invaluable source of information and advice. As we wrapped up on Sunday, we ran into Le Mans legend Tom Kristensen who Dieter chatted with about his time at Porsche and the 2021 rules. As I introduced myself, Dieter reminded me not grin quite so broadly – which was virtually impossible!

This moment summed up my weekend as a whole. I was thrilled with all that I had accomplished from a journalist’s perspective, but at the end of the day we’re all fans of the sport and sometimes it’s impossible to hide that.

My first taste of paddock life has left me determined it won’t be my last. I am deeply grateful for the experience and the opportunity, and above all to my dad, who has always supported me, helped me chase my dreams, and without whom none of this would have been possible.

11 comments on “Paddock Diary special: Behind the scenes at an F1 race for the first time”