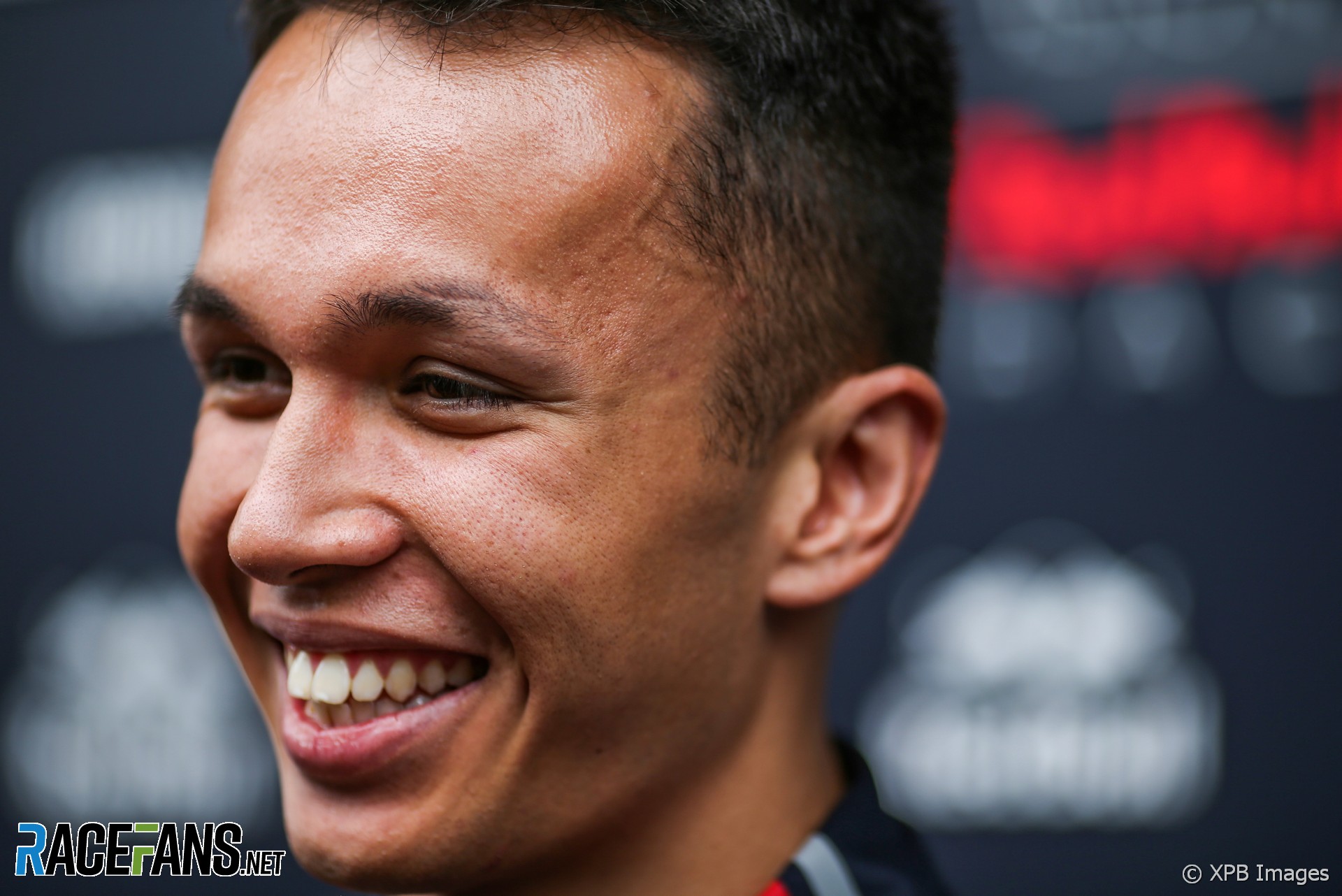 Alexander Albon says it feels “crazy” to have secured a full-time Red Bull drive for the 2020 F1 season, less than a year after his grand prix debut with Toro Rosso was announced.

The 23-year-old had his future at the team confirmed earlier this week. He replaced Pierre Gasly in their line-up during the summer break.

“To get the call-up originally after Hungary, it was quite a daunting prospect, really. But I felt like I could do something.

“To be honest the races that I’ve had, I been I’ve been pretty happy with. And yes, of course, to get that final call to tell me that I’m staying for next year, it feels really good. Really good.”

While Red Bull had indicated a decision on their drivers for 2020 would be made around the last two races, Albon said he tried not to let that distract him.

“I didn’t know when the decision was going to be made,” he said. “For me it was just thinking about the races I had, making sure I was happy with how I was progressing.

“I think that was the important thing, just trying to show that I am making steps forward. In terms of when I was going to get called, of course I knew it was going to happen, but it wasn’t a stress when, it was just ‘focus on the job in hand’.”