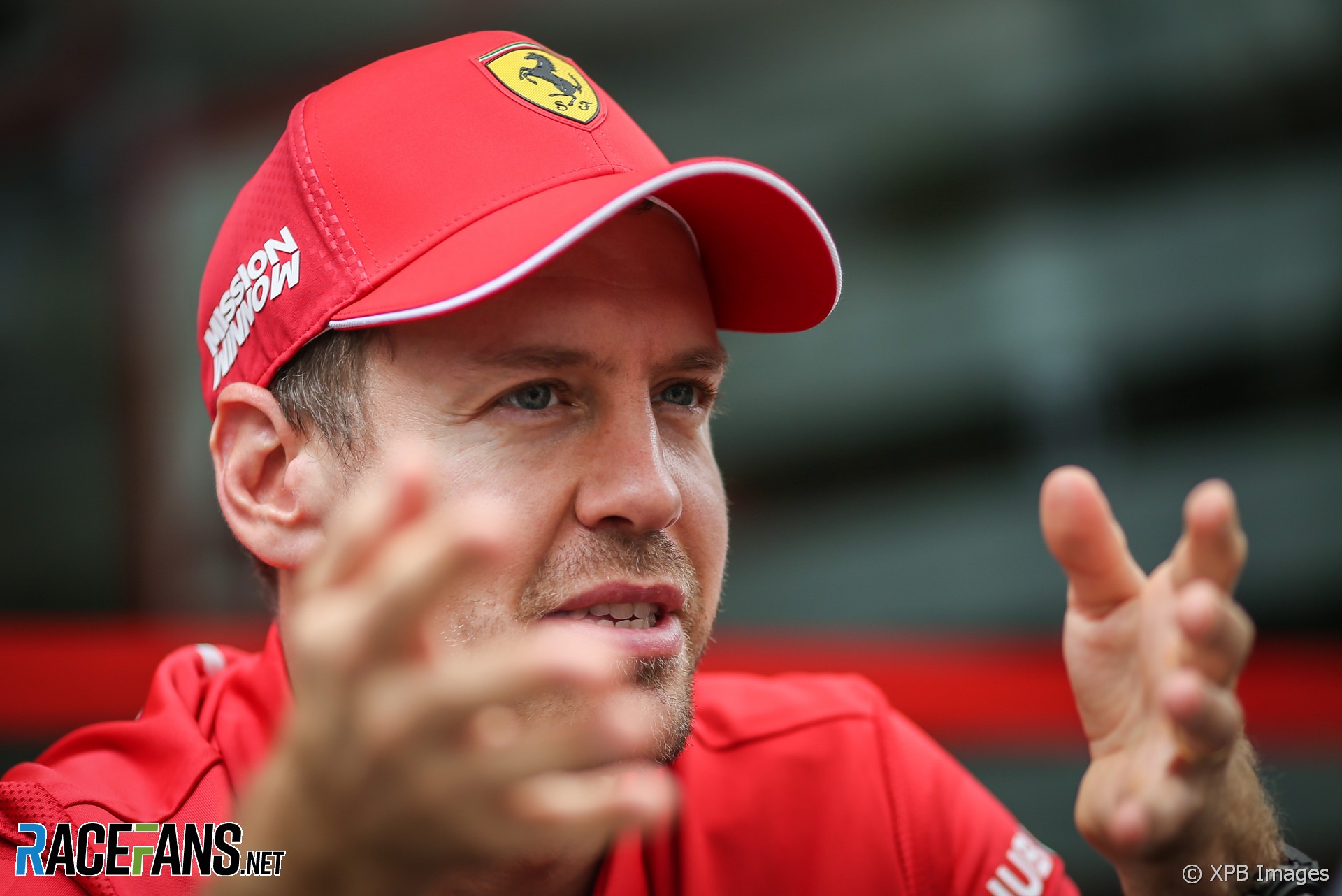 The sport has set itself the goal of reducing its carbon emissions to “net zero” by 2030 through root-and-branch changes to how the sport moves around the globe, fuels its cars and more.

“It’s good to see that people who can make decisions and can make a change are thinking of making a change,” said Vettel.

“I think it is an ambitious target. Equally, I would like to see a lot of the goals that are set out to be achieved sooner because I think it is a must in our times and we can’t afford to wait. So I think it’s definitely going in the right direction.”

Vettel says F1’s attempt to reduce its emissions does not mean it needs to “hide” it character. “Obviously the sport that we love is is called motor sport because we have an engine in our car. So it comes with maybe some things that people jump on and would like to criticise and say it’s all a fraud.

“But I think in general we should not try and highlight the things that maybe people are not doing or you think [they] should do differently. I think we should focus on things that we actually can do differently in order to make a change. This is both for every individual, but also for us as a sport.

“So I think the challenge is quite clear. It’s to obviously improve our sport, enhance the show, grow passion based on the values that we share for such a long time. But make them sustainable. I think that is an incredible challenge. But as I said, it’s about time.”