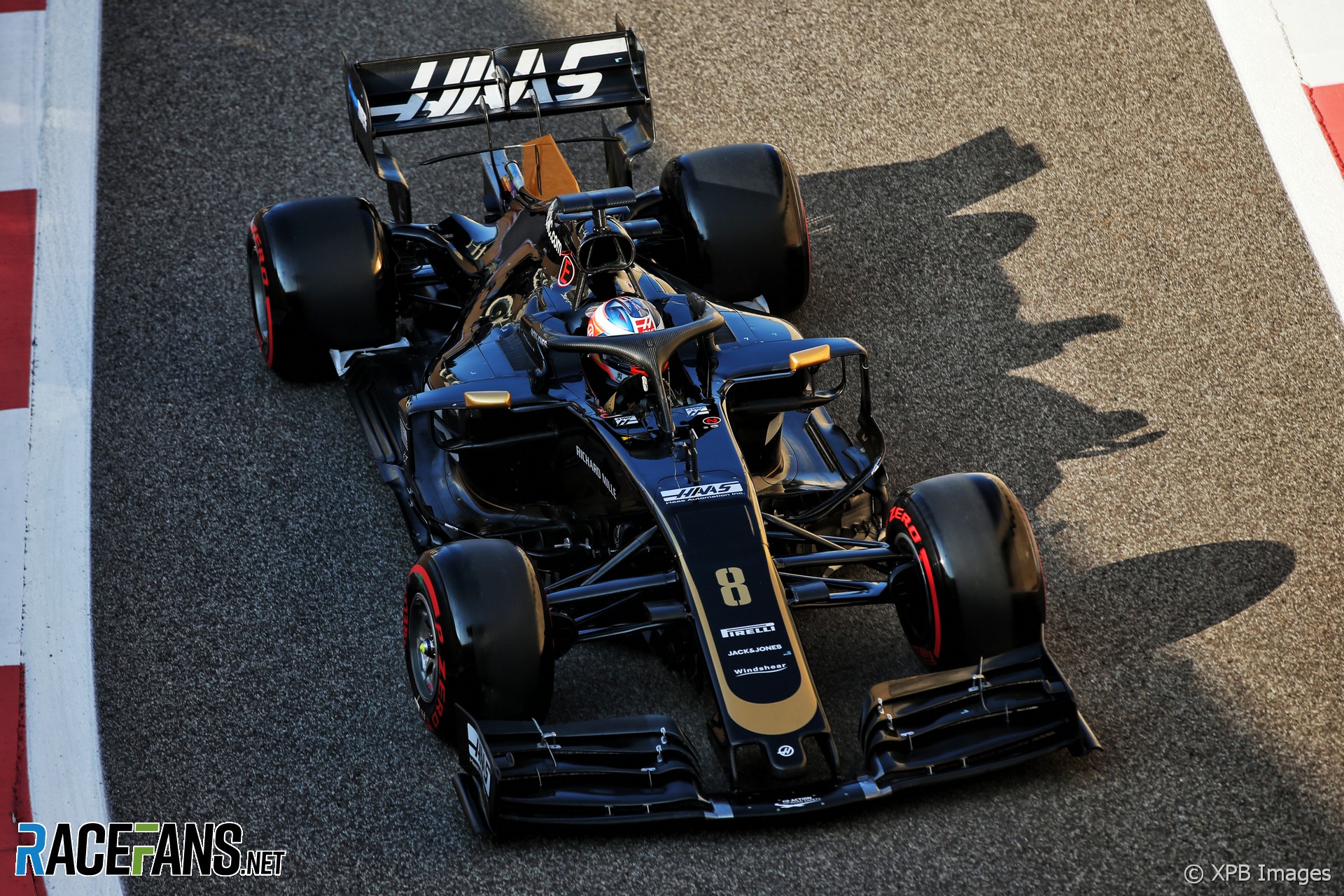 Romain Grosjean was underwhelmed by Pirelli’s new tyres for the 2020 F1 season after testing them today in Abu Dhabi.

The Haas driver covered 146 laps on Tuesday as he compared different versions of Pirelli’s 2019 and 2020 rubber, but didn’t have a clear preference for either.

“There are some positiveness and negatives,” he said. “It’s early days. Is it a big change and what everyone would like to have? No.

“Again, we need to look at how we’ve been running the cars and to make sure we are on the maximum of everything. But if you ask me if I’m very happy about the new tyres and this is going to solve some of the problems – the thermal degradation, sensitivity to following another the car – I just have to tell the truth and no, it’s not going to change the problem fully.”

Asked whether he thinks F1 should use the 2019 or 2020 rubber next year Grosjean said: “I don’t know, it’s too early to say. But it shouldn’t be really a question, should it?

“So that’s where we are. If you ask me right now I don’t know. Depending on the track, I would tell you one or the other.

“This is not going to happen, [but] after one year of development you would like to be saying ‘I’m going to race 2020, no question’.”

[icon2019autocoursempu]Grosjean does believe there is scope to improve the balance of the car on the new tyres. He expects them to work better when they are fitted to next year’s cars, which will be designed to account for the slightly different shape of the new compounds.

“To be fair, probably the floors and the tyre seals are not done for those constructions. So there are things that we need to take carefully.

“[But] what I can say is the general picture is that all the overheating and the management we need to do to go through a stint is still here.”

Asked if he was frustrated to see so little improvement following a year of development Grosjean said: “It’s been nine seasons, we’re used to it.”