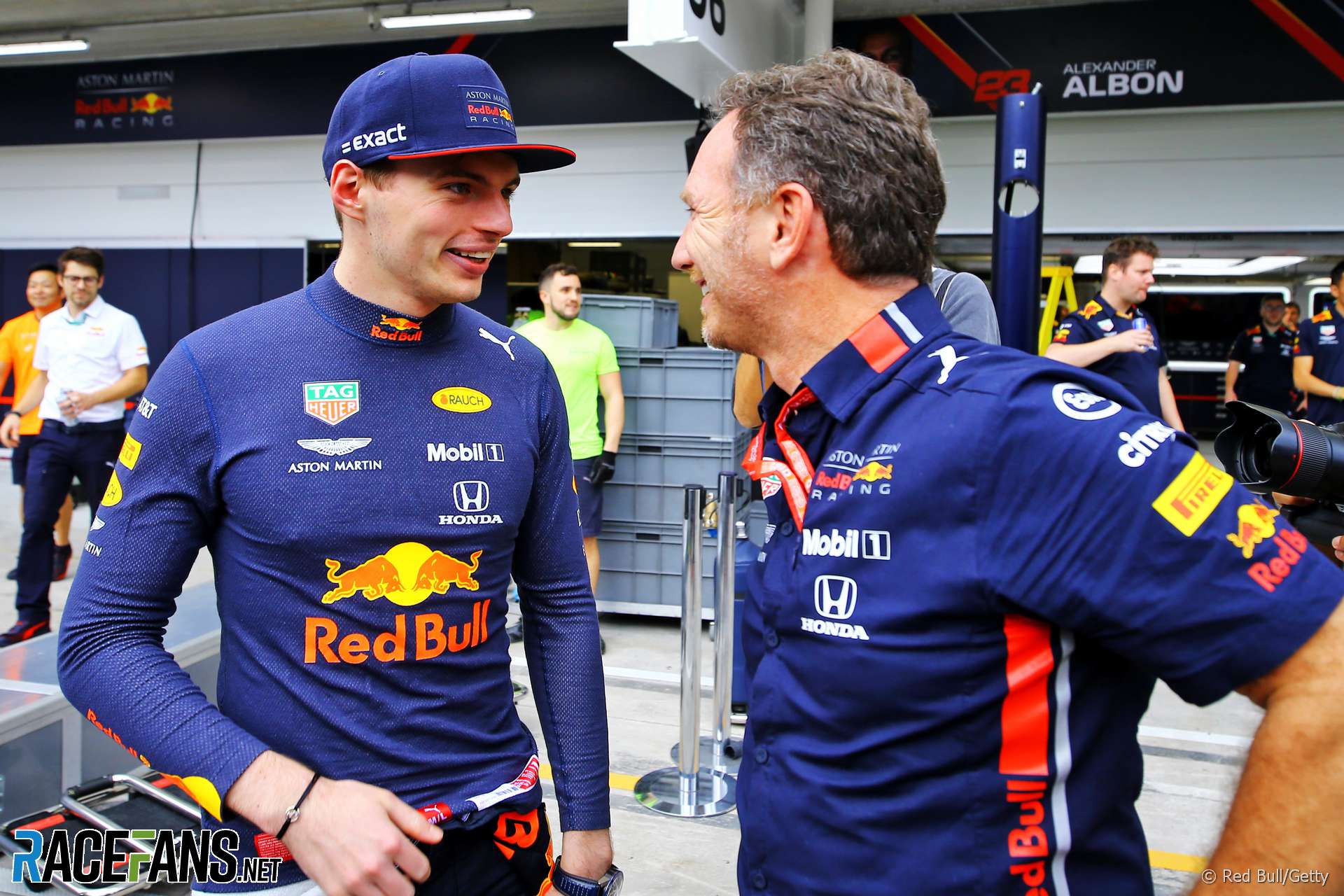 Horner’s driver Max Verstappen is out of contract at the end of 2020, as are Lewis Hamilton, Sebastian Vettel and others.

All the top guys are out of contract at the end of next year. [Verstappen’s] very happy in this team. We love having him within the team, he fits very well here.

It’s down to us to give him a competitive car next year. But I think ultimately when the music stops, I wouldn’t be at all surprised for everybody to end up remaining in the same seats.

"I thought that maybe we could win in Monaco, which we couldn't in the end. However, that didn't give us nerves or anything. We were quite relaxed about the situation. We thought it was going to go well."

Lewis Hamilton shouldn’t feel too disappointed at missing out on a New Year’s Honour, says JC:

On the plus side, not being on the list of 1,000 meant Hamilton’s home address wasn’t published to the internet by the inept government. So there’s that positive.
JC

49 comments on “Few drivers will change teams for 2021, Horner predicts”