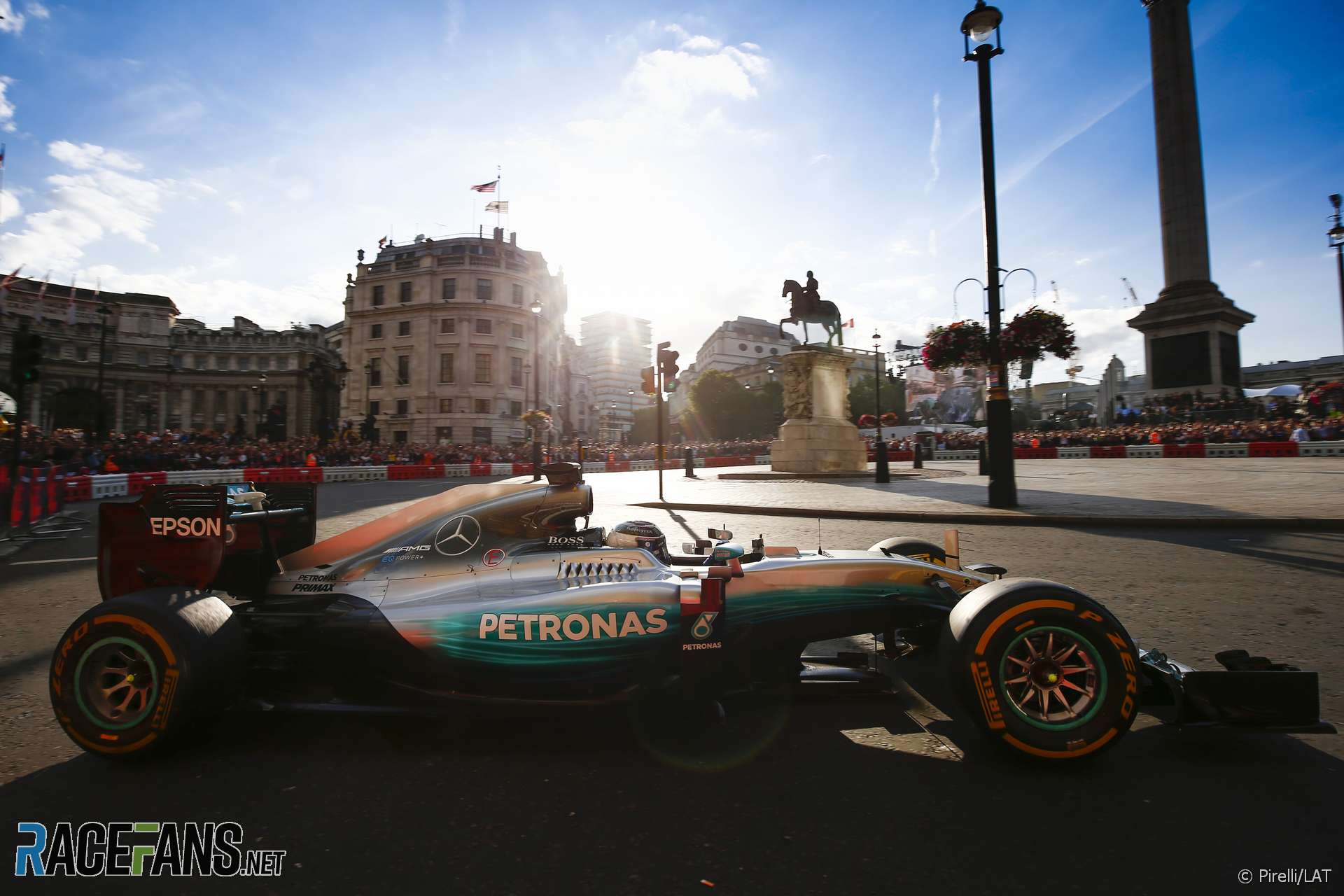 Formula 1 teams have expressed concerns over plans for a Fan Festival celebrating the sport’s 70th anniversary in May.

Liberty Media is pushing for all 10 teams and 20 race drivers to attend the event in London on the weekend of May 16th and 17th, almost 70 years to the day since the world championship started Silverstone on May 13th, 1950.

The festival will increase the logistical burden on teams who already have to cope with a record-breaking 22 rounds on the 2020 F1 calendar. The London event will follow back-to-back races at Zandvoort and the Circuit de Catalunya, and take place four days before first practice for the Monaco Grand Prix.

RaceFans understands teams raised their concerns over the plans for the festival at a meeting of the Promoters’ Working Group earlier this week.

The first of the championship’s new Fan Festivals was held in London three years ago. All teams attended on that occasion and were represented by all their race drivers, apart from Lewis Hamilton.

Three Fan Festivals will be held this year, one fewer than in 2019. The first will be held at Kyalami in the week following the Bahrain Grand Prix. The circuit staged the South African Grand Prix on 20 occasions, most recently in 1993.

Among the attractions will be a demonstration run by South Africa’s only world champion Jody Scheckter in his title-winning Ferrari 312 T4, RaceFans understands. Warren Scheckter, his nephew, is involved in efforts to revive Africa’s round of the world championship at the venue. Kyalami is already due to return to the World Endurance Championship calendar next year.

The final Fan Festival will be held in New York. Formula 1 Management is yet to decide whether the event will coincide with the United States Grand Prix on October 25th, or precede it by one week.