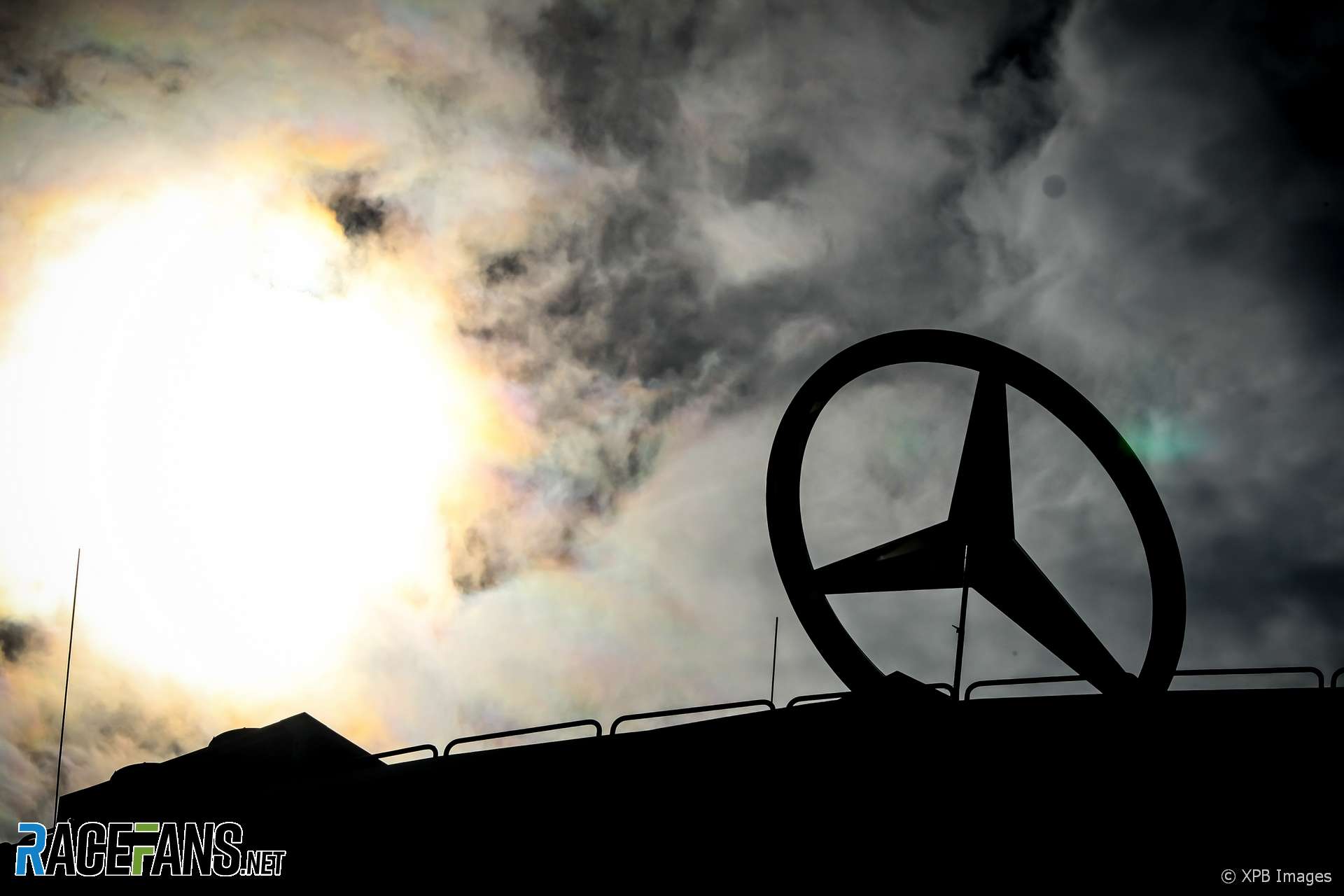 The board of Mercedes‘ parent company Daimler will meet in two weeks’ time to decide whether to withdraw its team from Formula 1 at the end of the 2020 season.

RaceFans, in a joint investigation with Autocar, has learned the meeting will take place on February 12th. Mercedes’ current contract to participate in F1 expires at the end of this season.

Mercedes’ departure would raise immediate questions over the future of its drivers, including reigning world champion Lewis Hamilton, and its chassis building operation in Brackley.

While Mercedes’ factory F1 programme has been extremely successful – the team has swept the drivers’ and constructors’ championships in each of the last six seasons – several signs point to a likely exit for the three-pointed star.

Mercedes’ parent company Daimler is under increasing pressure to make savings. Last year it announced a shortfall in profits of several billion pounds and a plan to lay off over 10,000 staff.

The company has spent billions on its F1 programme since reviving its factory F1 team 10 years ago. It has reaped the reward in terms of prize money and marketing while dominating the last six seasons, but the perceived extravagance of participating in F1 jars with the reality of extensive job cuts.

The departure of the team which has dominated F1 since 2014 would have a profound effect on the sport.

The Mercedes-branded engine operation, based at Brixworth, is expected to continue its participation in F1, which stretches back to 1994. It already has contracts to supply power units to McLaren and Williams in 2021, the latter deal running until the 2025 season.

It may also continue supplying power units to Racing Point and whoever assumes control of the former Mercedes team. However recent developments indicate these two may be closely linked.

Sources have suggested current Mercedes team principal Toto Wolff, a shareholder in the operation, could partner with Racing Point owner Lawrence Stroll, who last month was revealed to be considering an investment in Aston Martin. This would pave the way for the former Mercedes team to be rebranded as Aston Martin in 2021.

Daimler board members attended the season-ending Abu Dhabi Grand Prix at Yas Marina last year. Head of Mercedes-Benz cars marketing and sales Britta Seeger joined Hamilton on the podium after he scored the team’s 15th win of the 21-race season.

Hamilton’s destination in 2021 was already a focus of speculation before the new details on Mercedes’ situation came to light. A potential vacancy exists at Ferrari alongside Charles Leclerc next year. Should Mercedes pull the backing for its factory squad, it would increase the chance of a tie-up between the sport’s most famous current driver and its most historic team.