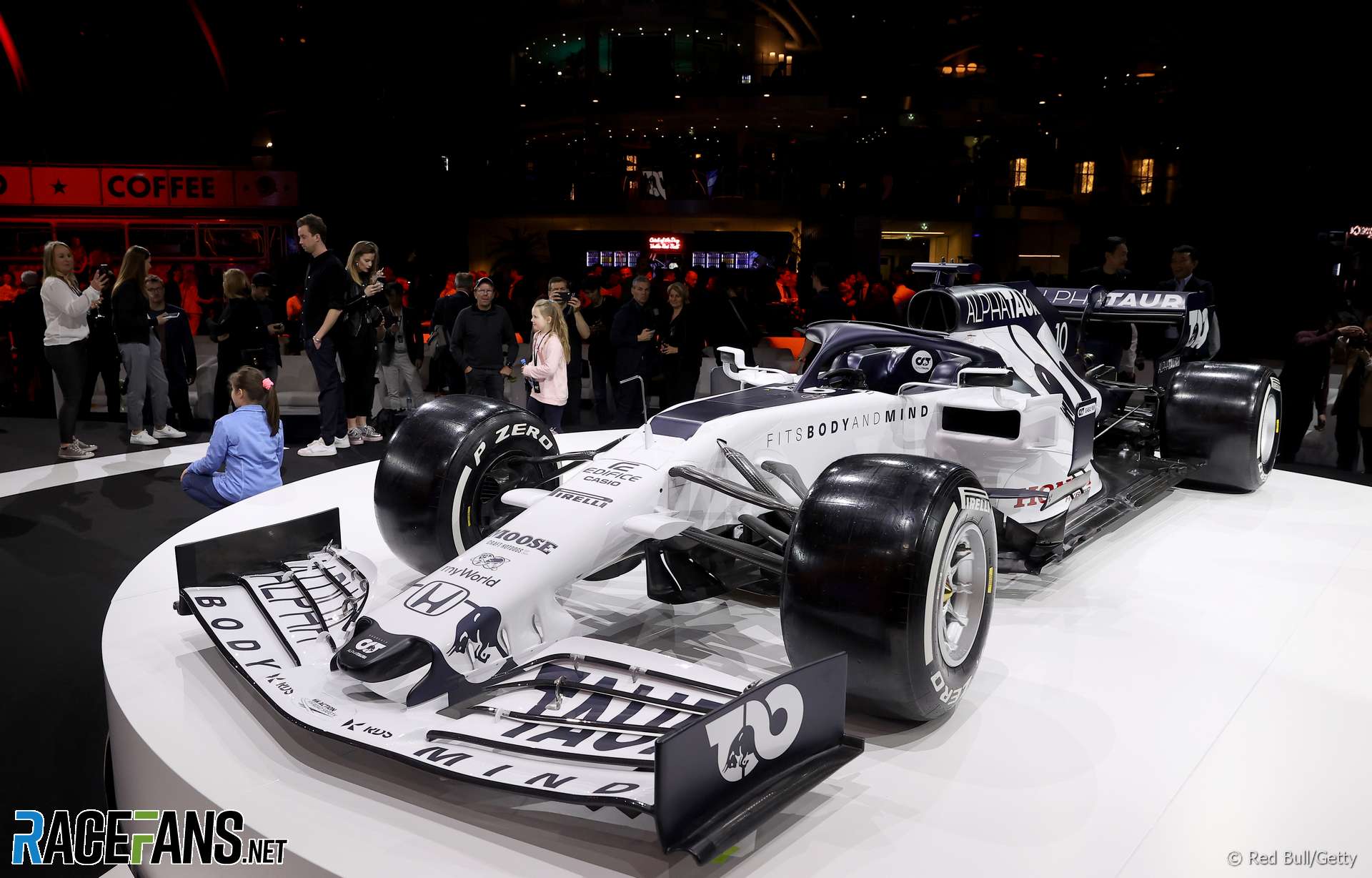 AlphaTauri, the team previously known as Toro Rosso, has revealed its new look for the 2020 F1 season.

Red Bull has rebranded its junior team, which has taken on the identity of its fashion brand AlphaTauri. The team presented its new white and dark blue livery on a 2019 car (bottom gallery) at Red Bull’s Hangar-7 facility in Austria, and also released pictures of its new AT01 car for 2020 (first gallery).

Drivers Pierre Gasly and Daniil Kvyat will give the car its first run at the Misano circuit in Italy tomorrow.

Gasly said he is excited by the tie-up between the fashion brand and the team he returned to at the middle of last season.

“Formula 1 is what I love the most in my life,” he said. “But of course fashion is also another world that I really like.

“So to mix and combine these two together is a really great project and really fascinating for me. So I’m discovering and learning a lot of things thanks to AlphaTauri and I’m just excited to get on track and see what we can do with the car.”

49 comments on “First pictures: AlphaTauri reveals its new look for 2020”