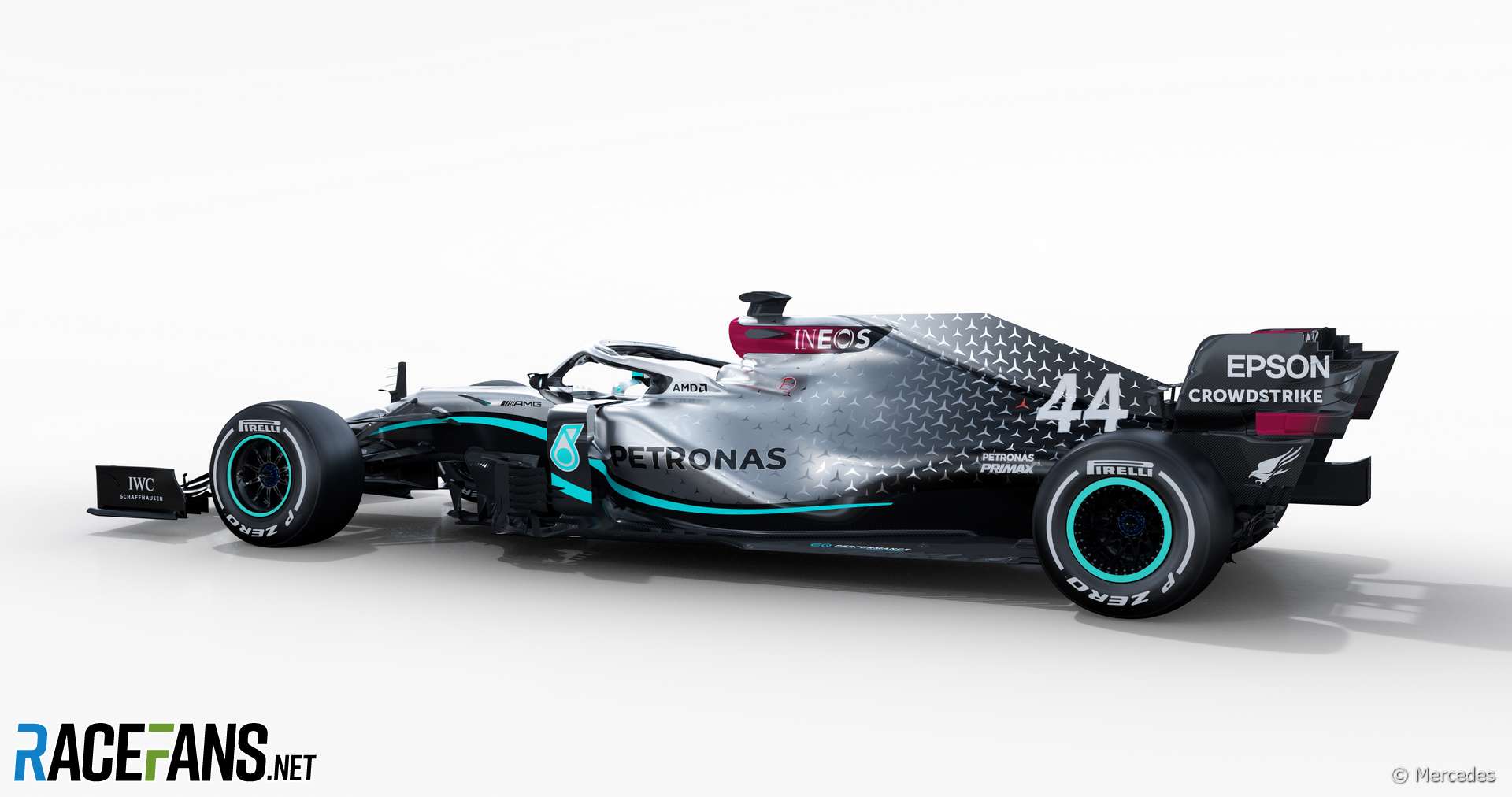 Mercedes has revealed the first images of its new Formula 1 car for the 2020 season, the W11.

The world champions’ new car is due to run for the first time at Silverstone later today. Valtteri Bottas will drive the car first, followed by Lewis Hamilton.

Mercedes is aiming to extend its run of championship successes for a seventh consecutive season. Last year it became the first team in Formula 1 history to sweep both titles for six years in a row. This year it could become the first team to win seven consecutive constructors’ titles, beating Ferrari’s record from 1999-2004.

“There’s a great sense of pride within Mercedes that we were able to win last year’s championships and that our tally now adds up to those six consecutive doubles which has never been done before,” said team principal Toto Wolff. “But at the same time, there’s a lot of scepticism because we know we can’t rely on records from the past.

The team revealed its new livery earlier this week at an event in London, including the logos of Ineos, a major new addition to its portfolio of sponsors.