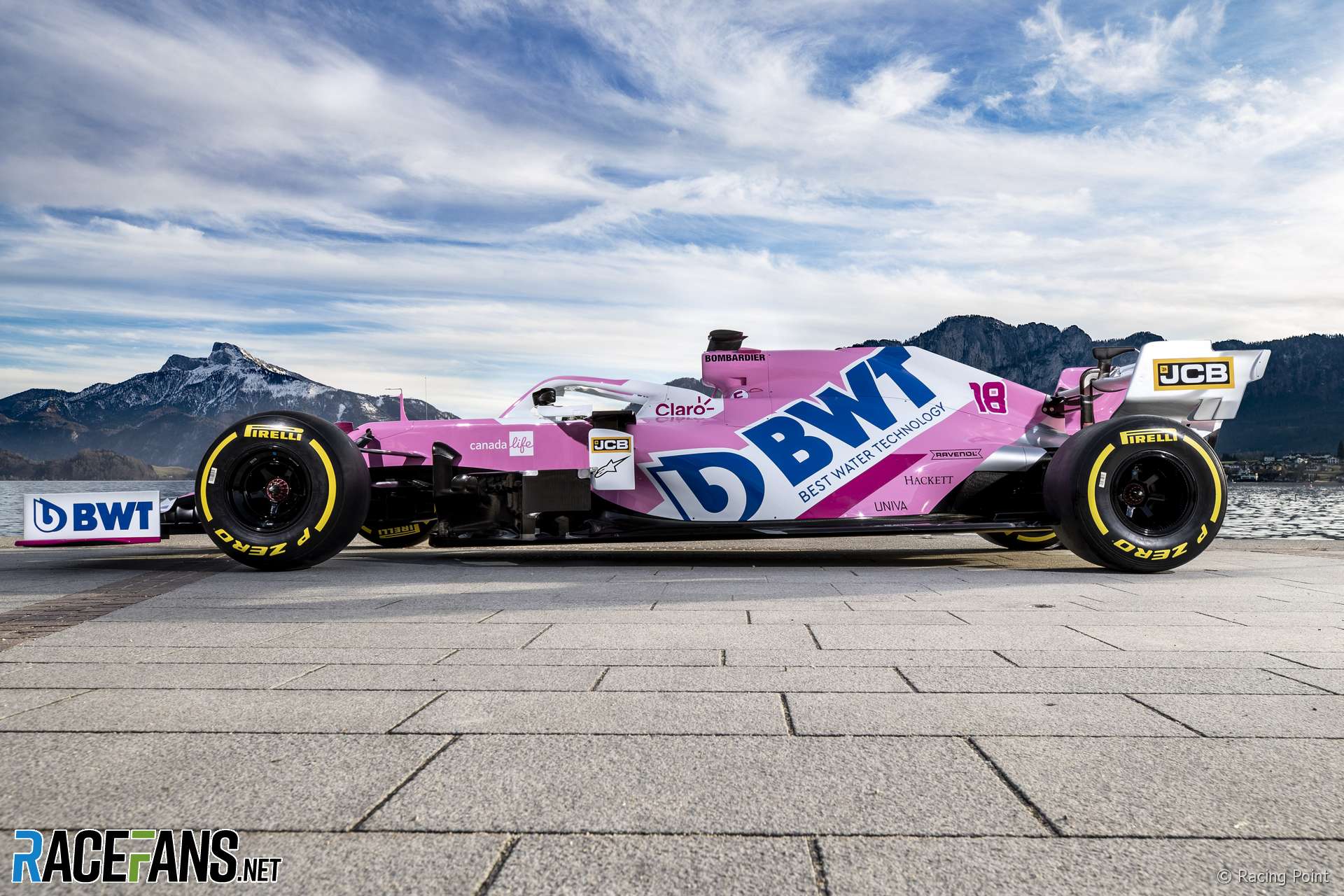 Racing Point has presented its new look for the 2020 F1 season following a change in title sponsor during the off-season.

Former title sponsor SportPesa, which joined the team in a two-year contract last season, has curtailed its deal and does not appear on the car. BWT, who brought their distinctive pink branding to the car in 2017, has stepped into the role of title partner this year.

However further change is expected in 2021, when the team is due to become Aston Martin’s works F1 operation, following owner Lawrence Stroll’s investment in the luxury car manufacturer.

Stroll’s son Lance remains part of their driver line-up for a second year, while Sergio Perez begins his seventh year with the team.

The new livery was presented on a show car at Lake Mondsee in Austria, near BWT’s headquarters. BWT announced it will donate one well in Gambia for every point the team scores this year.

Perez and Stroll accumulated 73 points between them last year. “We had the potential to have both of them in the points at every race,” said Racing Point CEO and team principal Otmar Szafnauer.

“Sometimes, lap one, you don’t know what’s going to happen. Grosjean’s still racing, he can run into you. You never know. But at least if we’ve got the potential to have both in the points at every race, then not only will we hit our target, we will also hit the target of the wells in Gambia.

Having finished seventh in 2019, Szafnauer said the team “want to be a strong fourth” this year. “We want to be closer to the top three than we’ve ever been in the past. And we want to be the top of the midfield.

[smr2020test]”Last year was a bit of a difficult year for us. We ended up seventh where the back end of the midfield grid. But this year we want to take a step up and be where we normally can be.

“In order to do that we’ve got to do a lot of development work over the winter. It’s not that easy. The competition is getting stronger.

“McLaren did a really good job last year. Renault was the might of the motor company behind them, the 650-plus employees that they have aren’t going to be easy. Even Toro Rosso with the resurgence of the Honda power train did really well towards the end of last year.

“But I’m confident with the work that we’ve done over the winter on the new car and the work that Mercedes, our power train partner has done on the power train and the hard work the drivers have been doing to keep fit and work in our simulator, we’ll have a good chance to hit our targets for the Formula 1 team as well as for the wells in Gambia.”