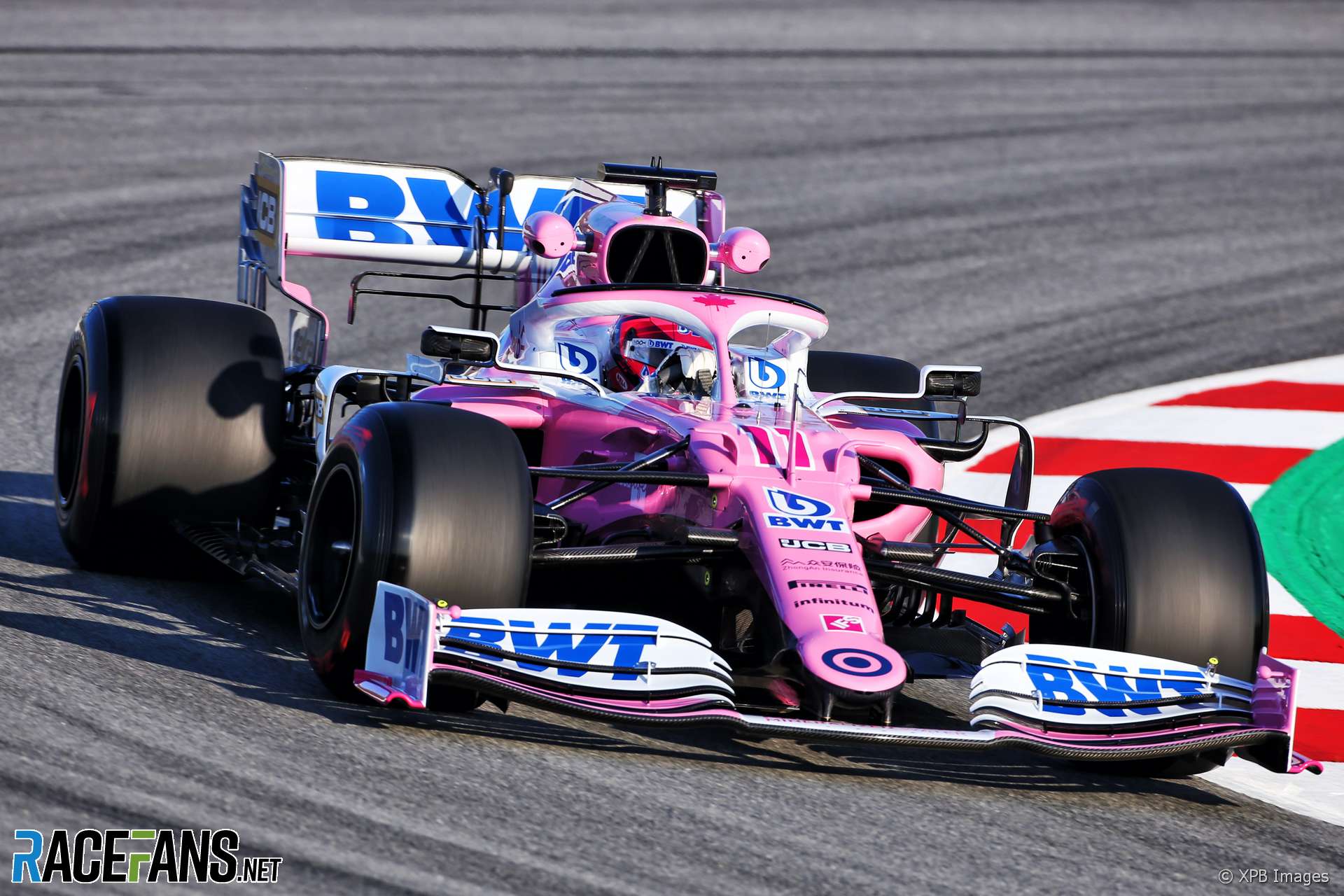 The new Racing Point RP20 has appeared for the first time in pre-season testing at Circuit de Catalunya.

“For 2020, we designed the car from scratch, starting from almost a blank sheet of paper – which is very exciting, because the team hasn’t been in a position to do this in a very long time.

“We’ve applied everything that we’ve learnt over the past seasons, combined this with what we’ve seen adopted by some of our competitors, and we’ve given it our best shot at optimising the final season of these present regulations.”

Green said the team aimed to address its two key weaknesses with its new 2020 design. “Our car has had an Achilles heel as far as balance is concerned and we have also struggled on high-downforce circuits,” he said.

[smr2020test]”For 2020, I believe we have addressed these two factors. As such, the drivers should notice a significant difference in terms of on-track performance.”

Sergio Perez and Lance Stroll gave positive initial feedback on the car’s performance in the simulator, he added.

“Both Checo and Lance have already noticed a change in the simulator, so we’re hopeful that this performance will carry over to the track – especially with a strong combination in our driver line-up.”

Perez was the first to drive the team’s car after it was revealed on Wednesday.