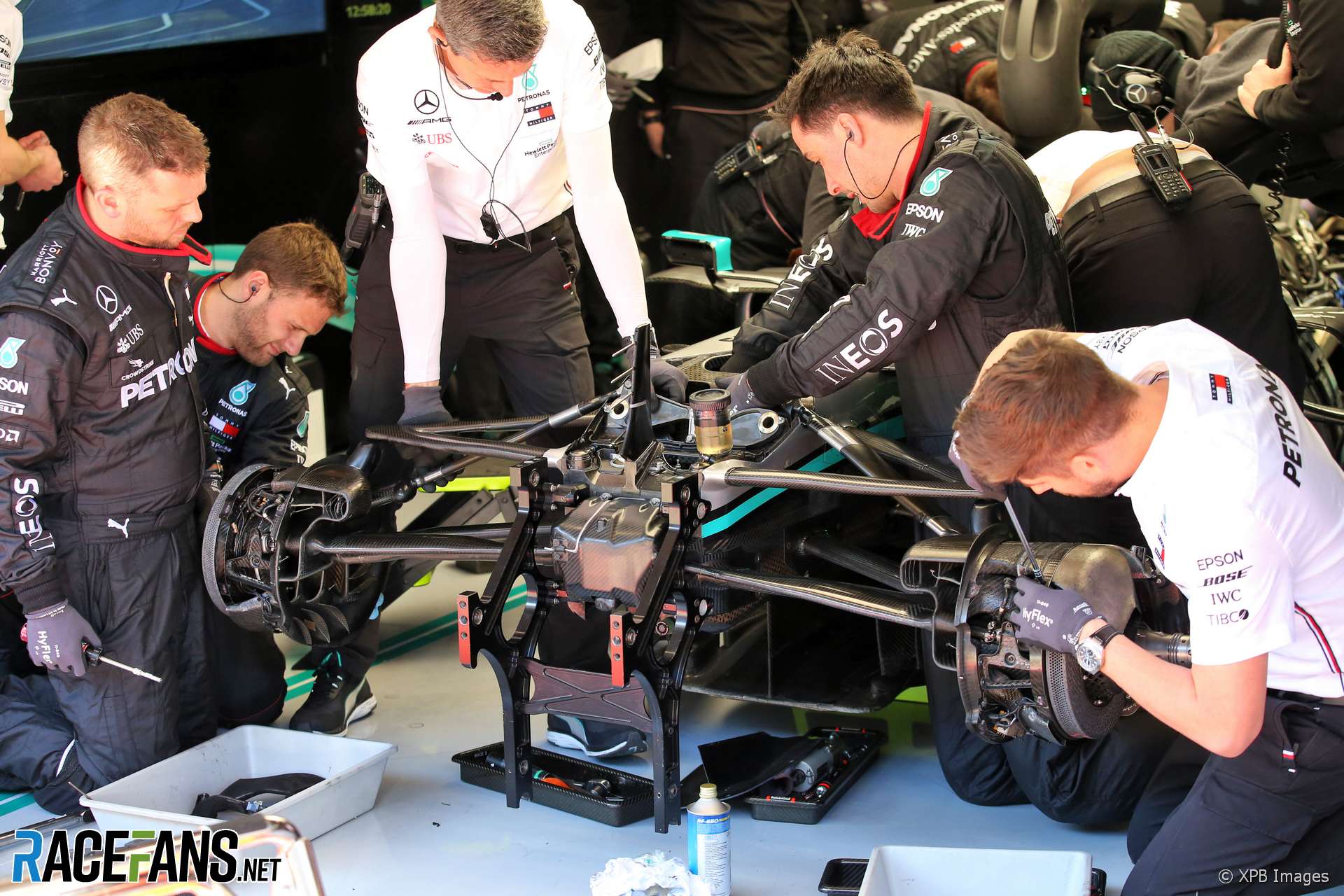 The FIA believes Mercedes’ Dual Axis Steering system is legal based on the information it has received from the team.

However as cars are not subject to the same restrictions at tests as they are at races, it will not be until the next month’s Australian Grand Prix that the W11 can be checked by the scrutineers and approved.

Video of the car in action during the second day of testing on Thursday showed the steering wheel on the car can slide forwards and backwards on its axis, as well as rotate. The toe angle of the car’s front wheels was observed to change in line with this movement, indicating the two are connected.

Adjusting the toe angle in this way could allow drivers to alter the cornering behaviour of the car, or manage the temperature of the tyres on the straights.

Mercedes’ technical director James Allison refused to be drawn on the purpose of DAS during an FIA press conference today. But he said Mercedes had briefed the FIA about the design and did not expect they would have any concerns over its legality.

An FIA spokesperson told RaceFans that, based on what the team has has told them, they believe the steering device complies with the regulations, but is monitoring the situation.

The technical rules state that “with the steering wheel fixed, the position of each wheel centre and the orientation of its rotation axis must be completely and uniquely defined by a function of its principally vertical suspension travel, save only for the effects of reasonable compliance which does not intentionally provide further degrees of freedom.”