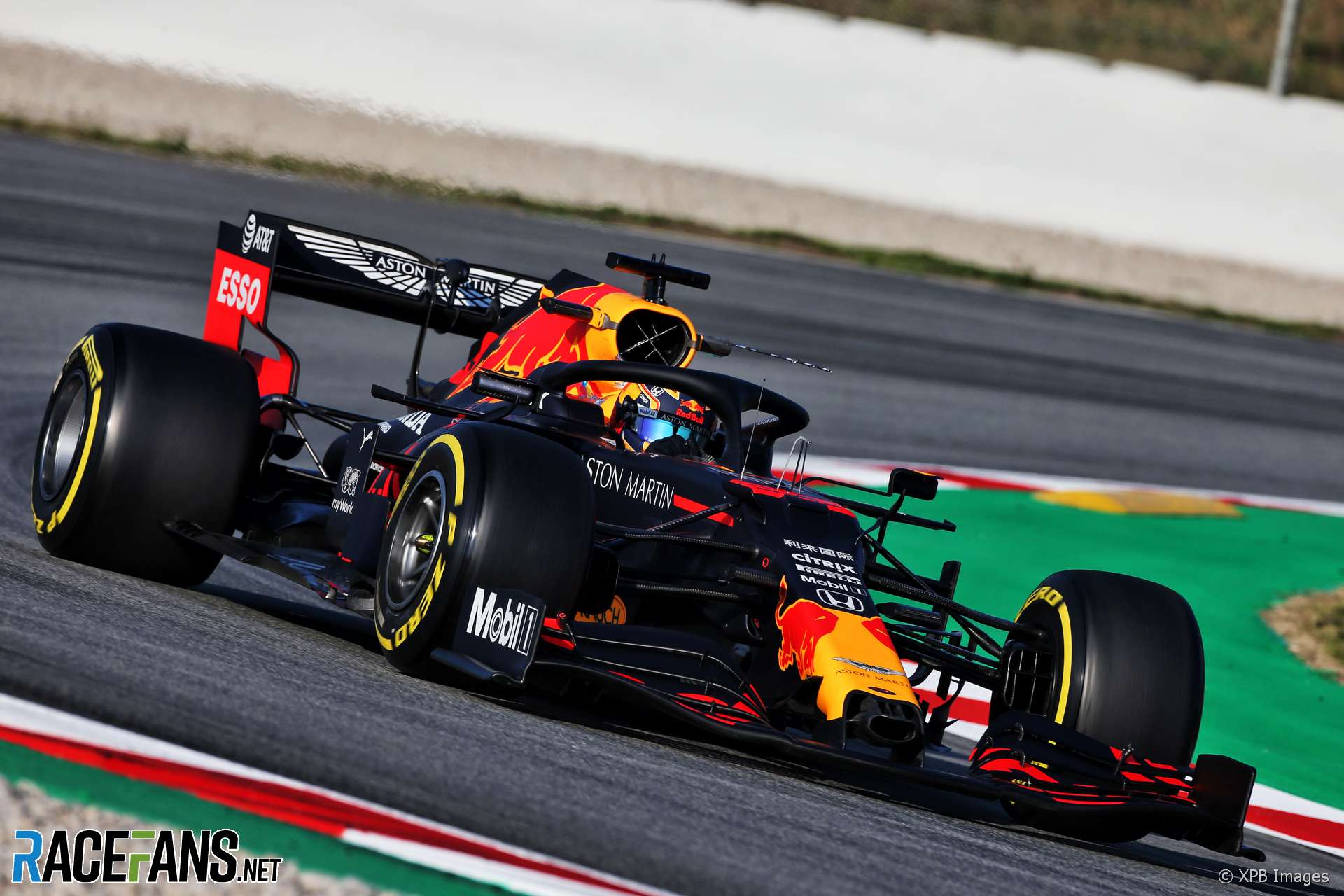 Red Bull changed its power unit as a precaution on the second day of pre-season testing, but the team is aiming to avoid power unit penalties this year.

[f1tv2020testa]Both the team’s drivers incurred penalties for exceeding the maximum number of power unit components last season. Teams are limited to no more than three engines, turbochargers, MGU-Hs and MGU-Ks this season, and team principal Christian Horner wants to stick to that.

“We’re not planning a fourth engine at the moment,” he said. “The plan is to go through on the three.”

The maximum allocation of MGU-Ks was increased from two to three after the calendar was extended to 22 races. This will remain unchanged even if the postponed Chinese Grand Prix does not take place.

“If it becomes 21 races that obviously makes life slightly easier,” said Horner. “But if we were to have to take a fourth, so long as you take it at the right place, you can minimise the impact of that. We’d always chase performance over anything else.”

The team changed its power unit today but intends to revert to its original unit tomorrow.

“We did have a small issue just before lunch when the Honda guys noticed something in the data and we therefore elected to perform a precautionary engine change,” said head of race engineering Guillaume Rocqueline. “They’ve done a thorough check and there are no problems, so the original PU will be back in the car tomorrow.”

Horner said he is pleased with the progress the team has made ahead of its second season with the Japanese car manufacturer.

“We’ve had a good winter,” he said. “Last year was our first year with Honda. I think that relationship has just evolved and tightened throughout last year, over the winter also. So I think this whole package is more integrated.”