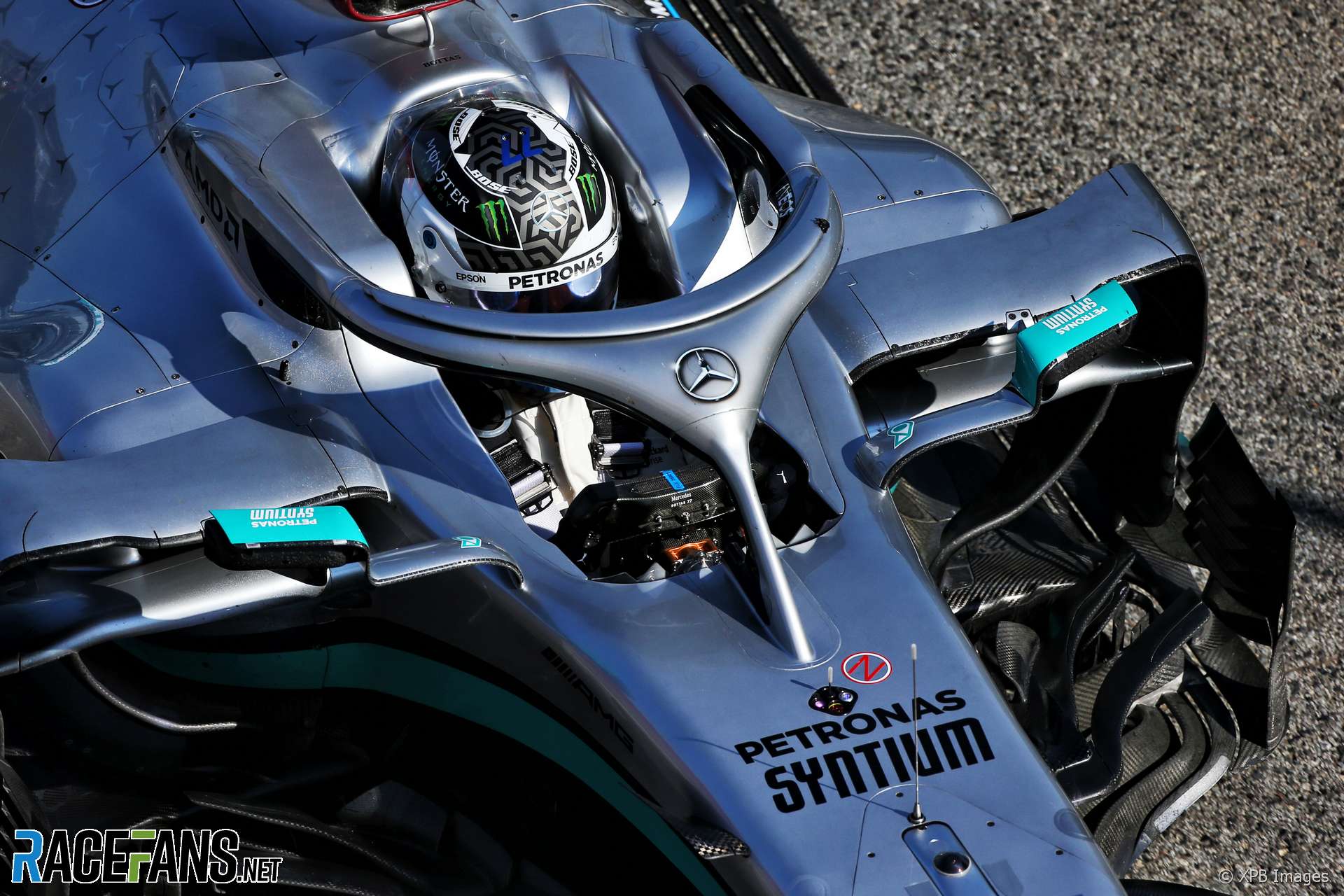 Mercedes’ rivals will be hoping the headline times from the first test of the 2020 F1 season do not reflect the true state of the competition, as the world champions were 1.3 seconds faster than anyone else.

[f1tv2020testa]However Valtteri Bottas did use the softest tyres available – Pirelli’s C5 compound – to set the fastest time of the first three days of testing. He lapped the Circuit de Catalunya almost half a second faster than last year’s Mercedes did in pre-season testing last year.

As usual Mercedes split the running between their two drivers, Lewis Hamilton taking over in the afternoon.

The session was stopped on four separate occasions due to red flags. Sebastian Vettel as the first to hit trouble after a power unit failure on his Ferrari. The team had to fit a replacement, and although he rejoined the session later on the delay meant Ferrari were unable to hit the 100-lap mark.

Another power unit problem brought Nicholas Latifi to a stop in his Mercedes-powered Williams. He also had to have a new unit fitted.

Kevin Magnussen, who took over from team mate Romain Grosjean after the lunch break, managed just four laps before spinning his Haas to a stop at turn seven. The front-right wheel made contact with the barrier and the car was not seen again after it was brought back to the pits.

The final stoppage was caused by Daniel Ricciardo’s Renault. However he was able to resume swiftly, and took the team to a total of more than 150 laps on their most productive day of the test so far.