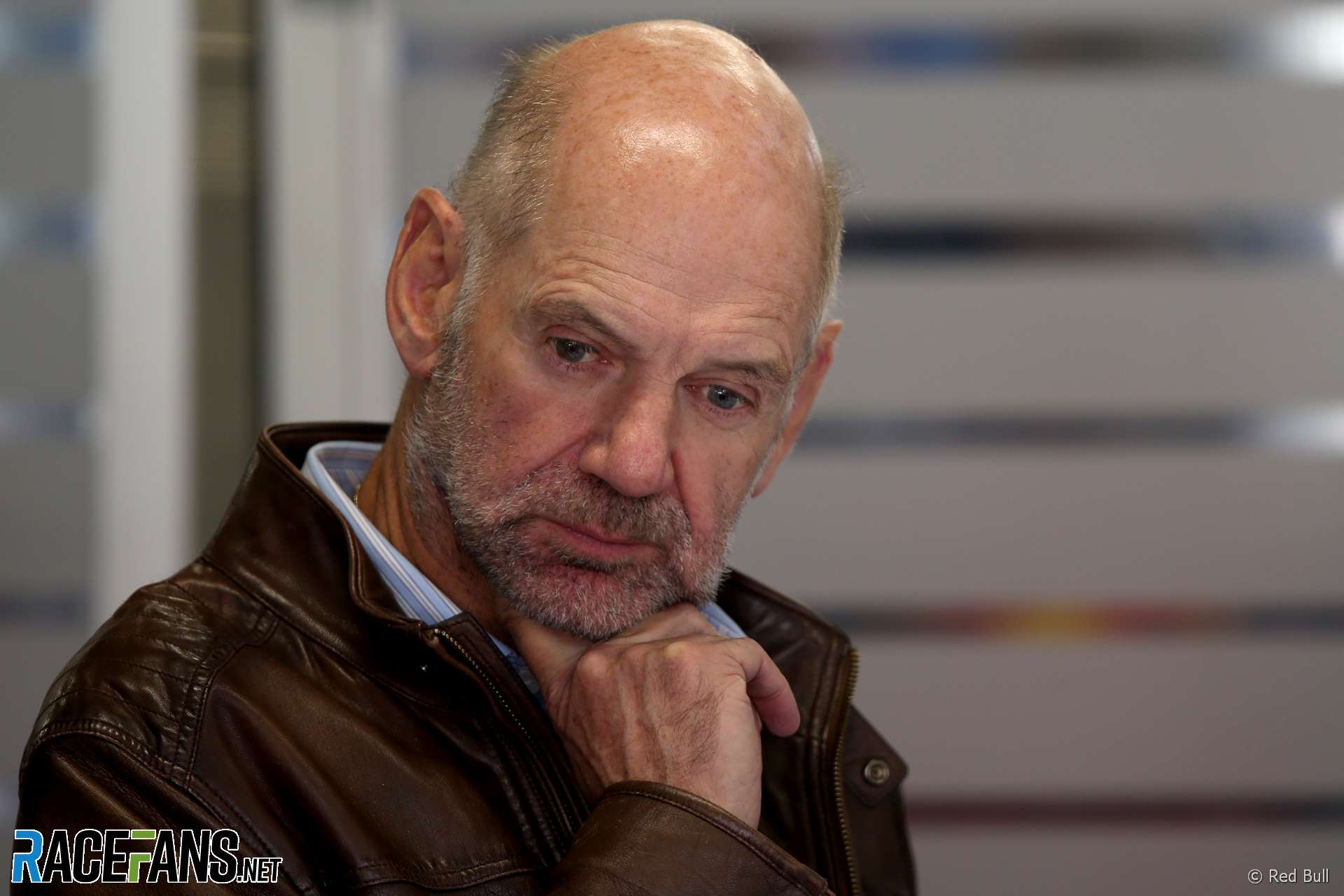 In the round-up: Red Bull chief technical officer Adrian Newey is unimpressed with the new regulations for the 2021 F1 season.

Newey: This is not what Formula 1 is all about (I)

"These new ones for 2021 are very restrictive and prescriptive. And I think that is an awful shame. It makes it a little bit GP1 which is not what I think Formula One should be."

Alain Prost: "We have to show and make our best impression without lying. You never know what can happen with big teams offering him a drive."

Michael Andretti says Alonso has a team for the 500: Looking at who it could be (IndyStar)

"(Alonso) wasn’t previously on our list (of possible drivers)... but now he is. He’s obviously a mega-star and an immense talent that has already done one Indy 500, so it all goes back to making sure what we do is good for our two young guys."

"Jehan Daruvala, the 21-year-old Indian, has joined the Red Bull Junior Team for 2020. He will contest the F2 series for Carlin after an impressive 2019 season in F3 in which he took two victories on his way to third overall."

"Bent Viscaal will enter his second season in the Formula 3 championship as he joins MP Motorsport for the 2020 season."

Today we say goodbye to our garage technician Rick, who has been with us since we started racing in 2016.

Emotional day here in Adelaide, I am so grateful for the opportunity to drive Grandads 1966 F1 World Championship winning BT19. The history this car to our family is immense, it was a pleasure to drive. A big thanks goes to #Repco for allowing me to drive this special car pic.twitter.com/07idSvAaOe

I agree with Ricciardo, well done Mercedes. This is not a new idea and the fact that no one else has thought of applying it to an F1 car is their problem.
@Johnrkh