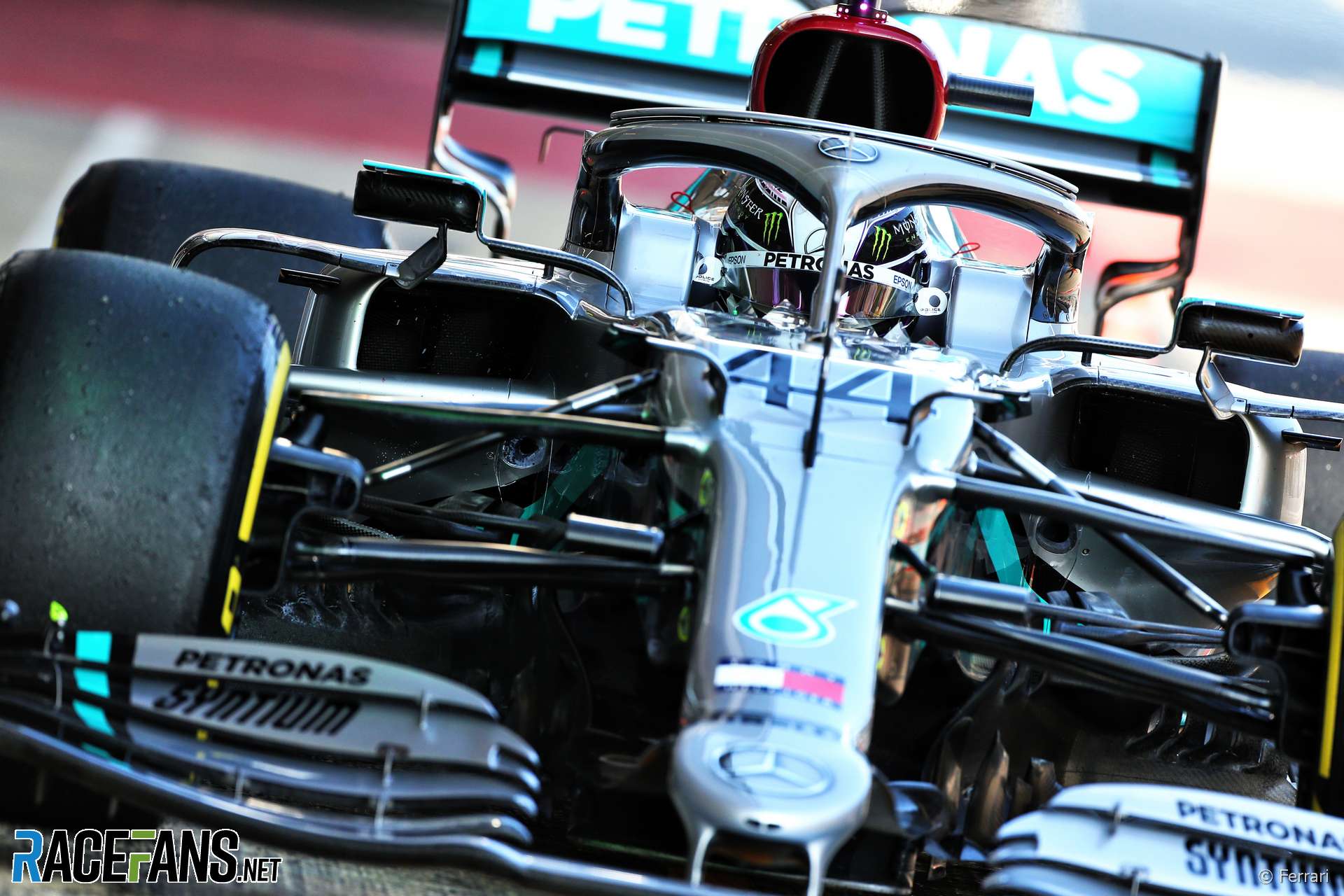 Mercedes technical director James Allison says the team believes its new W11 is a major step forward from last year car in terms of how much downforce it generates.

[f1tv2020testa]In a video published by the team Allison said the new car “streaks ahead of [last year’s] in terms of downforce.”

Allison described how changes have been made elsewhere on the car to generate more downforce.

“At the front we have changed a lot of the structure of the front corners,” he said.

“We have made it much harder for ourselves structurally, much harder to take the forces, but we have rearranged the detail inside the wheels and in the way the suspension goes into those wheels so that we have more aerodynamic opportunity in the front end. It’s a difficult project but one which has given us good aerodynamic gains.”

Mercedes has also introduced an “extremely adventurous” rear suspension design, said Allison. “We have put into the back, specifically on the lower rear wishbone, we have put a new geometry in there, a new geometry that gives us more aerodynamic opportunity, allows us to get more downforce on the car.”

At the middle of the W11 Mercedes the sidepod design follows a trend set by rival teams. “We have moved the side impact structure from its upper position that we have had for the last three seasons to a lower position.” The team “decided to make the structural investment to pull that into our car and to bank the aerodynamic gain that comes with it” after pursuing with a different design since the last major change to the aerodynamic regulations in 2017.

Revisions to the power unit include “not just more horsepower”, said Allison, but more compact packaging which allows for further aerodynamic gains. Mercedes High Performance Powertrains have “put a lot of work in to make it so that this Power Unit can operate at elevated temperatures compared to the previous year” Allison added, referring to a key weakness of last year’s design.

“Being able to run hotter means that for the same everything else, we can make smaller radiators in the car and keep the car cool, one of the reasons why this car is even slimmer than the ones that we have seen in previous seasons” he explained. “Last year’s chassis would have stuck way out the side of this bodywork, but this year’s one, narrower still, as a result of the investments that HPP made on our behalf in their power unit.”

However he did not elaborate on the car’s most eye-catching feature – the Dual Axis Steering which was spotted on Thursday.