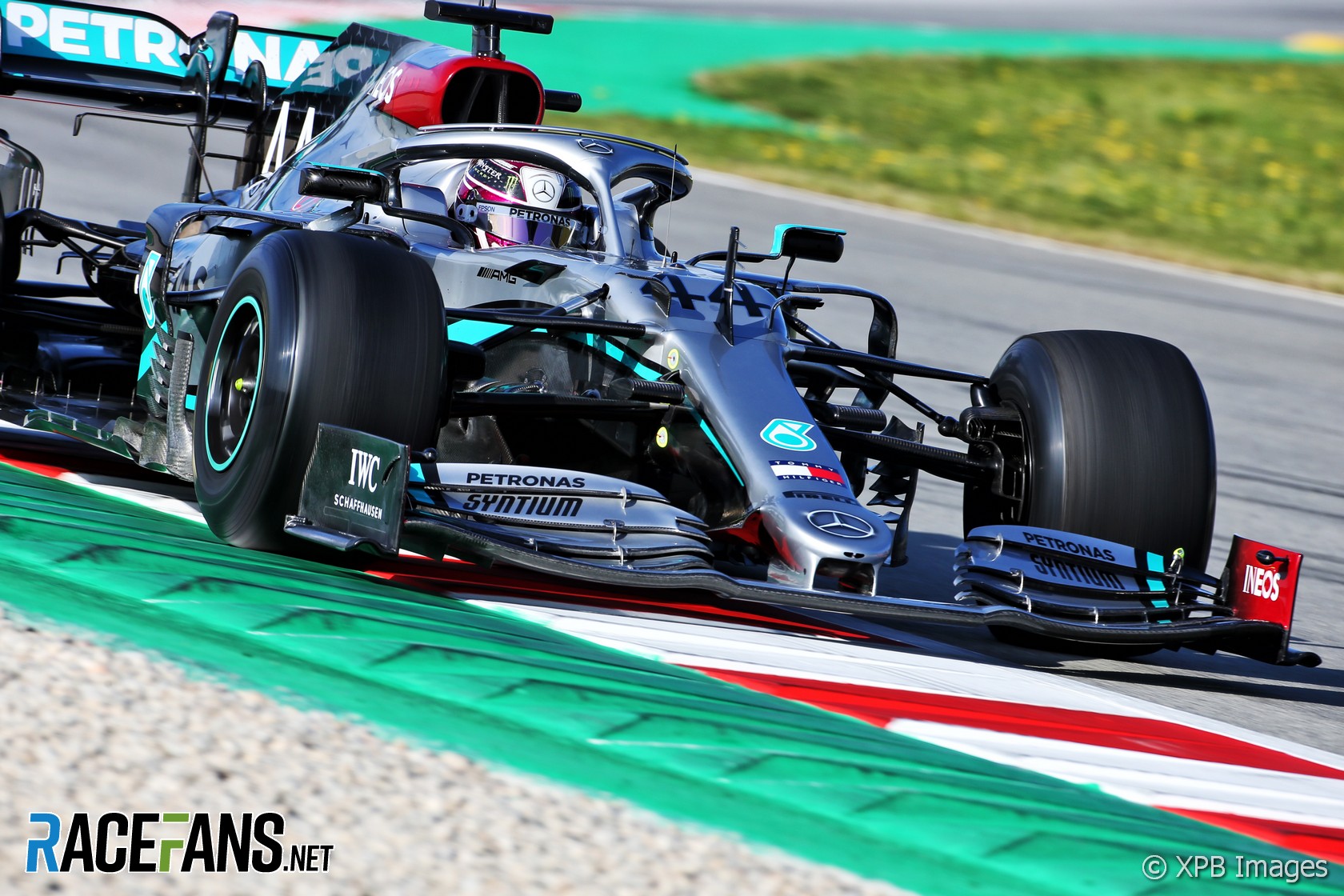 Pirelli expects it will not need to use the special F1 tyres it produced for the Dutch Grand Prix at Zandvoort, which drivers tested last week.

The prototype tyres, which features a revised, stiffer front construction, are designed to cope with the increased stresses from the two steeply banked corners which have been constructed at the track. Each team was given two sets of the tyres to test at the Circuit de Catalunya last week.

“We wanted to use the opportunity of the Barcelona test to have the data available,” said Pirelli’s head of F1 and car racing Mario Isola. “Then when we received the final simulation, we take the decision.

Pirelli has already announced it will use its three hardest tyre compounds at the race. F1’s official tyre supplier will gather more data from the renovations at the recently completed Zandvoort circuit before deciding whether to produce them in the standard or prototype construction.

“Our engineers will go with our laser to measure the Tarmac roughness,” said Isola. “That is an important parameter to consider for the decision. It’s one of the parameters that we take into consideration when we select the compounds, for example.

[smr2020test]”In that case we already selected the compounds, we are not going to change the compounds. But the Tarmac roughness is defining also the level of grip so it’s important that we know that before taking the decision about the prototype or not.”

“The plan is to do everything possible to understand in advance which is the additional load on the tyres and so to react properly,” he added. “Once we the feedback and more accuracy simulations from the teams we can test the tyres with our indoor rig to understand which is the level of prescriptions that we need to impose to the teams.”

Charles Leclerc tested the Zandvoort prototype tyre on Wednesday last week. Asked whether it felt different to the usual tyres he said: “No, it felt very, very similar. I won’t go into much more detail than that.”