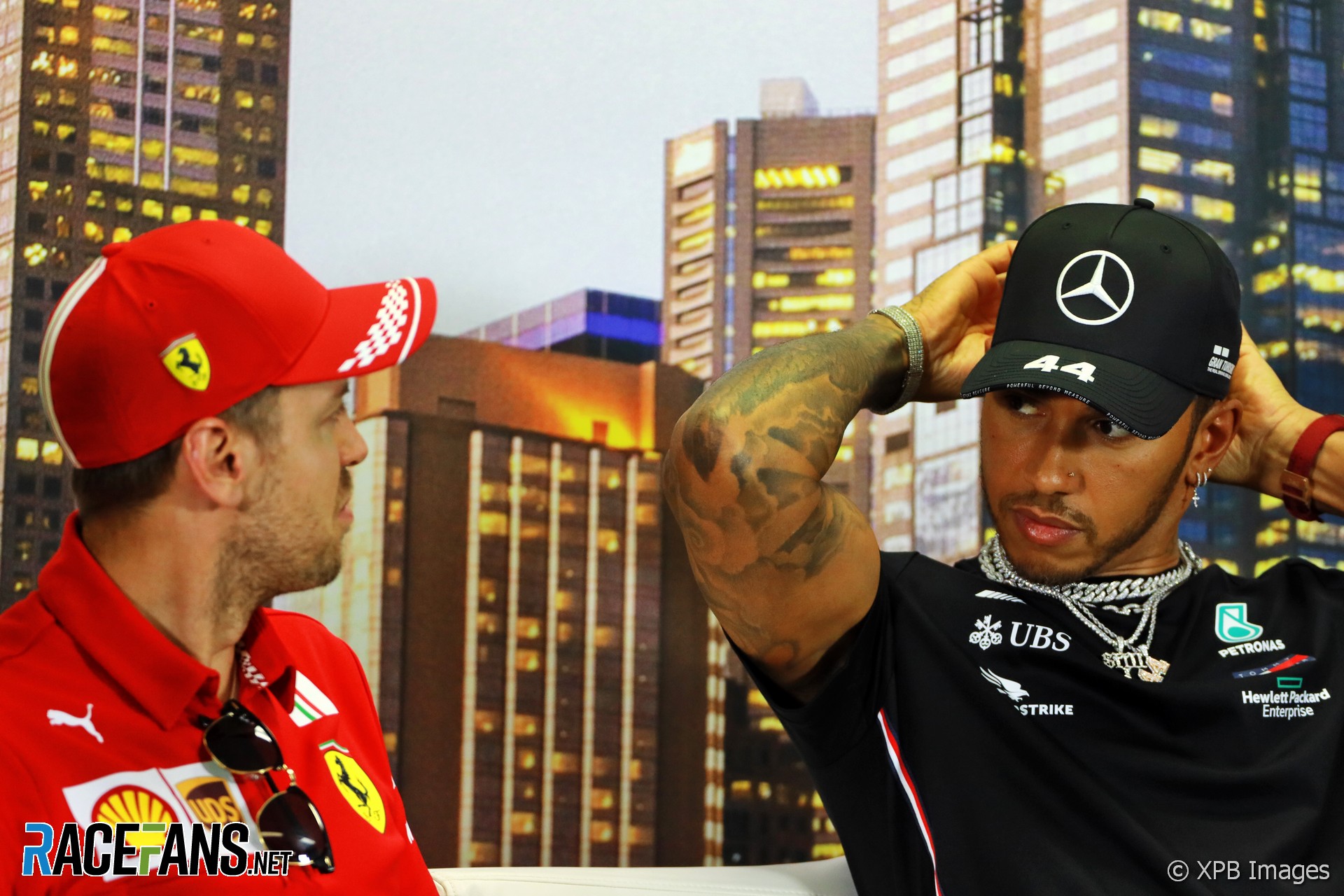 Lewis Hamilton says it is important drivers know they are competing on a level playing field, following the FIA’s settlement with Ferrari over its power unit.

The sport’s governing body announced the deal at the end of pre-season testing, admitting it had doubts over the legality of the power unit Ferrari raced in 2019, but not disclosing details of the settlement.

Hamilton’s Mercedes team was one of seven signatories to a letter to the FIA strongly criticising the terms of the deal and demanding clarification of the terms.

Speaking in today’s FIA press conference alongside his Ferrari rival Sebastian Vettel, Hamilton said the row would not affect the relations between the pair.

“Between us, our respect has continued to grow over the years and that doesn’t change,” he said. “I think what goes on in the background between teams and the governing body, it’s a separate issue.”

However Hamilton admitted “things could have been handled better, for sure. But that’s really something that should be directed to Toto [Wolff, team principal].”

“For us athletes, us drivers, you just want to arrive at the races, naturally all the teams are different in their performance, but you want to feel that you’re playing on fair grounds,” Hamilton added. “So that’s the approach that we have and I don’t want to add much more because it’ll just cause more trouble.”

Vettel said he believed Ferrari’s power unit had been “cleared” as far as he was concerned.

“For me it’s very simple. Obviously I trust my team to do the right thing within the regulations at all time. And I think we trust all of us, all drivers, the governing body, as in the FIA, to do their job for all teams on the grid. I think that’s probably the answer.”

“For me it doesn’t change anything in terms of the relationship that I have with other drivers and in particular with Lewis,” he added. “I think the respect that we share, we’ve grown over the years, is untouched and I don’t think it’s at threat.”