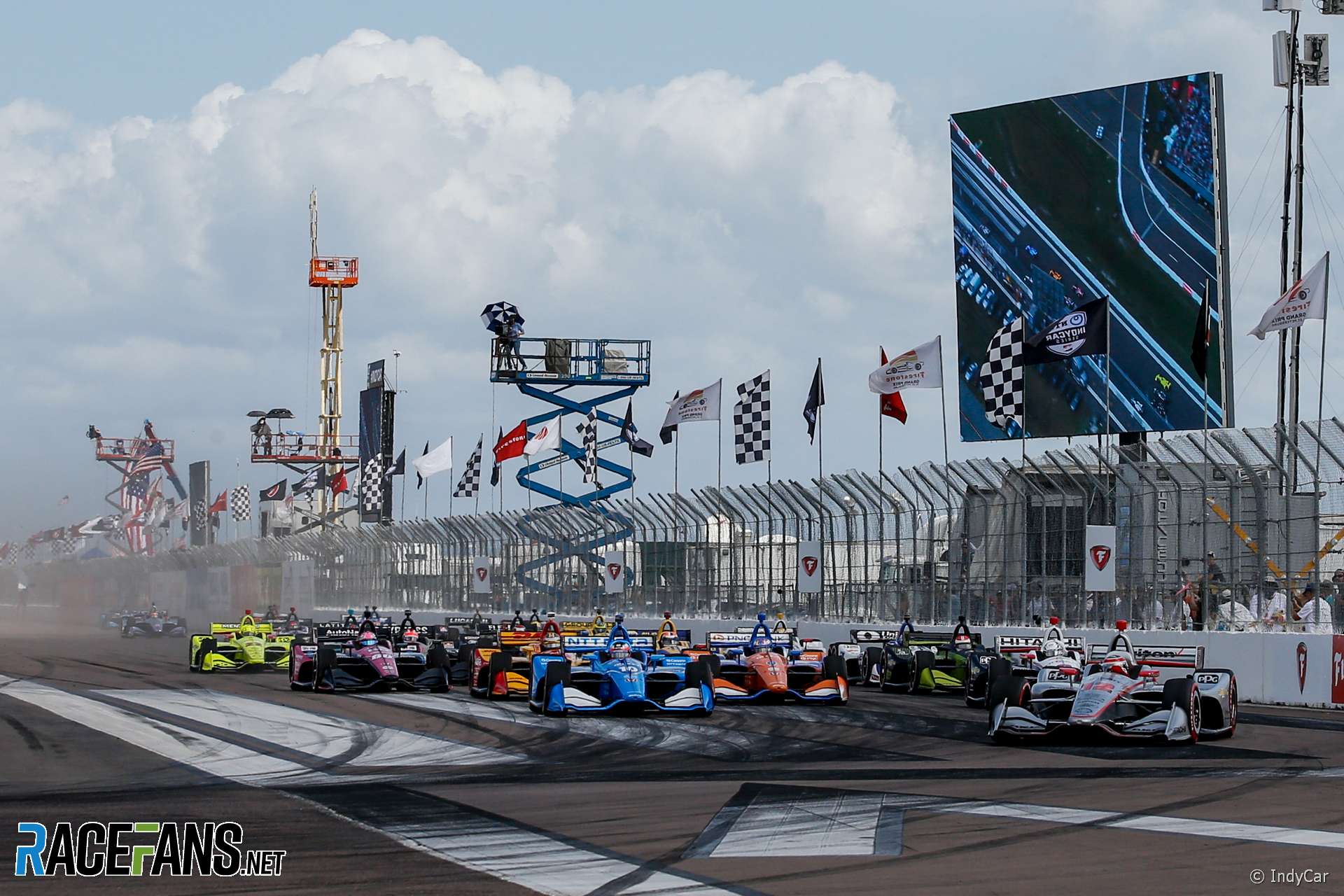 IndyCar has delayed the start of its 2020 season, calling off the first four races of the year.

The championship was due to begin at the St Petersburg circuit in Florida. Yesterday the series announced the race would be held without spectators due to the threat from the Coronavirus, but the series has now taken the decision to cancel the race entirely.

The Long Beach race promoter had already announced yesterday its April race would not go ahead. IndyCar’s announcement means the races at Barber Motorsports Park in Alabama on April 5th and the Circuit of the Americas in Texas on April 26th, are also off.

“After careful consideration, including regular communication with our event promoters, health officials, and the city administrations in our respective race markets regarding Covid-19, we have made the decision to cancel all NTT IndyCar Series events through April,” the championship announced.

“Although we are disappointed to delay the start to this IndyCar season and will miss our incredible fans who support us each year in St Petersburg, Birmingham, Long Beach, and Austin, the safety of our fans, participants, staff, partners, and media will always remain our top priority. We will continue to coordinate with public health experts and government officials as we determine the appropriate plans for resuming our schedule.”

NASCAR, which yesterday also announced two races would be held behind closed doors, has also cancelled those two race dates. The championship intends to postpone the events at Atlanta Motor Speedway, which was due to take place this weekend, and Homestead-Miami Speedway, originally scheduled for the weekend after. Its next race will be at Texas Motor Speedway in March 29th.

8 comments on “IndyCar delays start of season until May, NASCAR calls off two races”