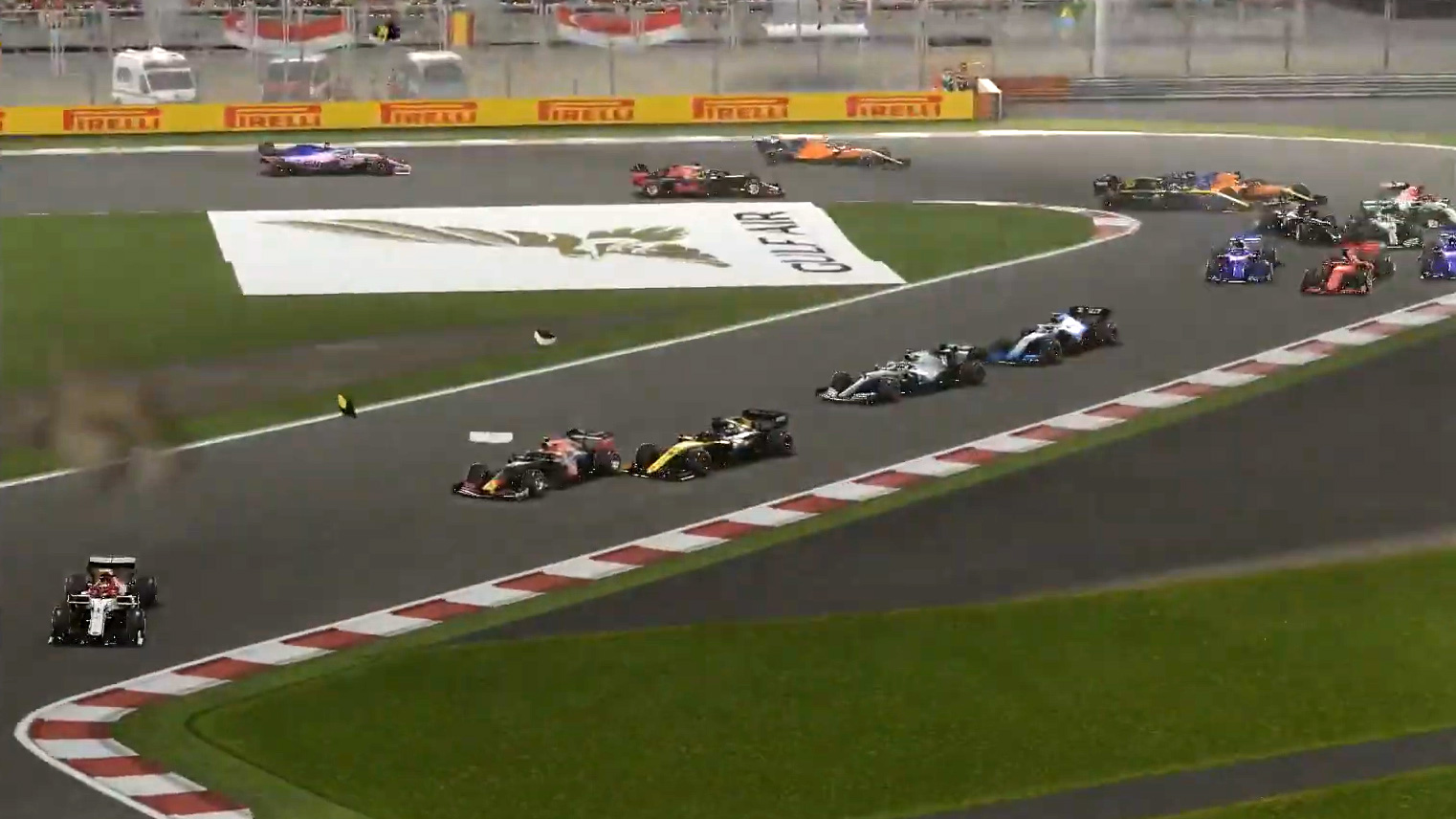 Renault development driver Guanyu Zhou won the first F1 Esports Virtual Grand Prix after the race on the Bahrain International Circuit was cut from 28 laps to 14.

The race featured a mixture of current and past Formula 1 drivers plus competitors drawn from the rest of the motorsport world, celebrities and influencers.

The start set the tone for an often bizarre encounter. Nico Hulkenberg (Racing Point) and Dino Beganovic (Ferrari) made contact on the pit straight and spun into a barrier at enormous speed. Fortunately for both the damage settings had been turned down to compensate for the field’s varied ability levels.

From 16th on the grid three-times grand prix winner Johnny Herbert took a direct route into the lead by cutting the first corner. That earned him an immediate penalty but his lead proved short-lived, as Eng muscled his way through before the end of the first lap.

Zhou soon followed him past and on lap three relieved Eng of the lead. Eng reclaimed first place at turn one on the very next lap, but Zhou reasserted himself shortly afterwards.

After the pair pitted, Stoffel Vandoorne temporarily took the lead for Mercedes, pursued by his McLaren successor Lando Norris. However the number four was driven for at least part of the race by an AI, as Norris’s connection failed him on the formation lap, as it also did during qualifying. The technical problems, and consequent delay between qualifying and the race, prompted the decision to shorten the race from 50% real distance to 25%.

Zhou regained the lead after the final pit stops with a comfortable nine-second lead over Eng. Vandoorne, who reclaimed third by passing Jimmy Broadbent, then went in pursuit of Eng, who he muscled aside on the penultimate lap. But by now Zhou was 12 seconds to the good.

Simracing streamer Broadbent then fell into the clutches of Norris, and the pair put on a spirited show over the final lap, swapping places from corner to corner. Heading into the final turn, Broadbent tipped Norris into a barrier and secured fourth place. The top 10 was completed by Latifi, Luca Salvadori, Paul Chaloner, Beganovic and Gutierrez.