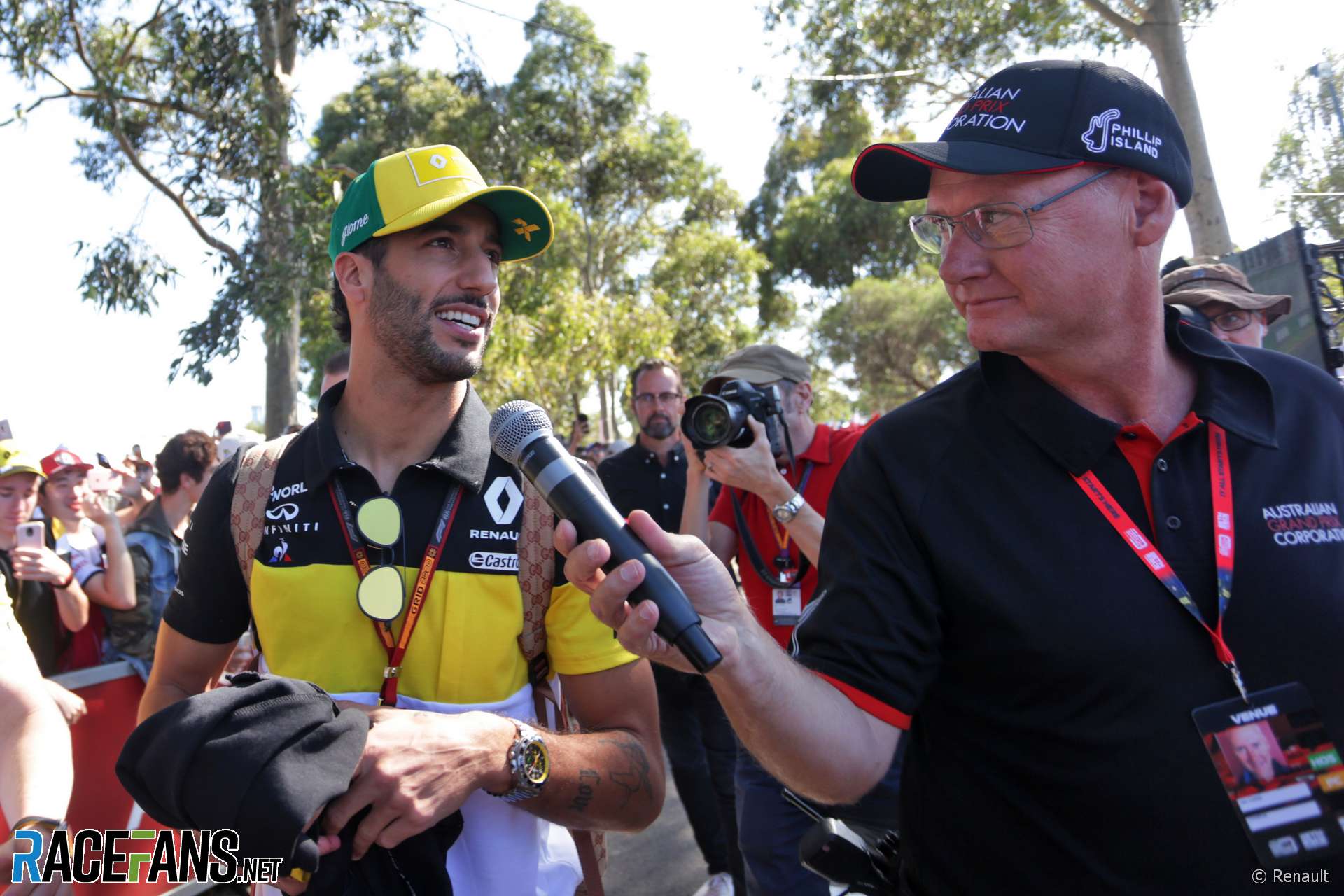 Daniel Ricciardo has said Formula 1 was “playing with fire” by trying to go ahead with the Australian Grand Prix in the face of growing concerns over the global pandemic.

F1 abandoned the race on Friday morning of the event, shortly before practice was due to begin.

Ricciardo told The Age newspaper he “had some tunnel vision” ahead of the event “because Melbourne is such a busy and chaotic race”.

“I hadn’t given too much thought to the whole corona situation but deep down I had some concerns,” he said. “We were definitely playing with fire.”

The race promoters have defended their attempts to press ahead with the race, pointing out that large sporting events took place in the city the previous weekend. But the escalating threat from the pandemic, and the discovery a McLaren team member had tested positive for the virus, led to the late decision to cancel the season-opening grand prix.

When the cancellation was announced, fans were already queuing outside the track waiting to get in, as the gates had not been opened at the scheduled time. Some drivers, such as Sebastian Vettel, had advanced warning the race was going to be called off.

“One of the people I spoke to was Max [Verstappen] just to see what he was planning on doing,” said Ricciardo. “My thoughts once it was cancelled was to get out as soon as possible before things turned into a bit of a shitshow. I wanted to get a feel from some of the other drivers with what they were going to do before I got on a plane.”

During the race weekend Ricciardo said he placed his faith in the sport’s governing body to make the correct decision regarding the race.

12 comments on “F1 was “playing with fire” trying to race in Melbourne, says Ricciardo”