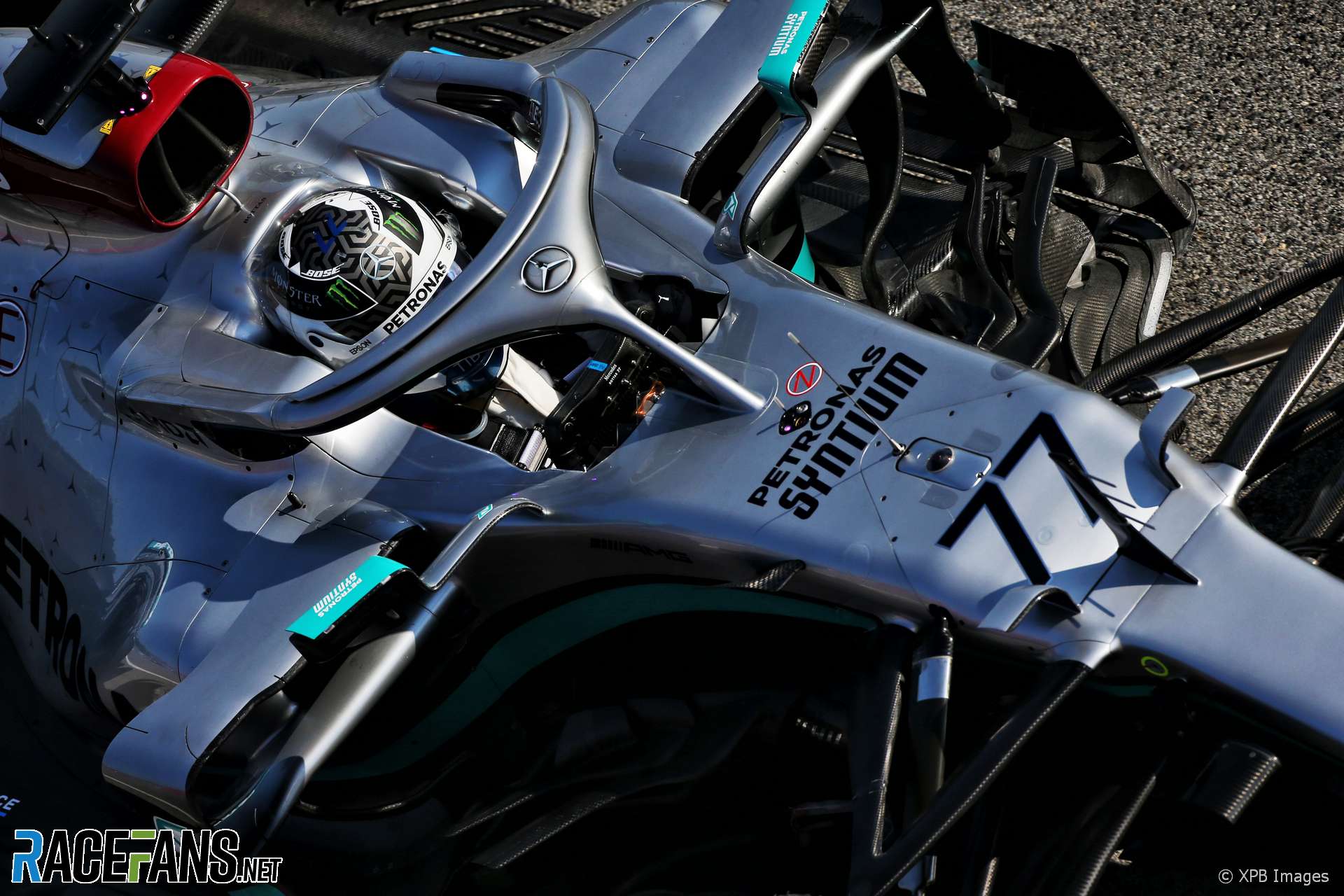 Formula 1’s decision to postponed its highly-anticipated new technical rules until 2022 as a cost-saving measure appeared to give a stay of execution to Mercedes’ innovative Dual Axis Steering system.

The device, first seen during pre-season testing, was due to be outlawed when the overhauled technical rules arrived in 2021. The delay created the possibility DAS could remain on cars next year after all.

However on Tuesday the FIA nixed that possibility. Although teams will be allowed to continue racing their 2020 cars next year, a clause banning DAS appears in the new edition of next year’s technical rules.

Mercedes’ device allows its drivers to adjust the alignment of its front wheels by pushing the steering wheel back and forth. However the amended 2021 regulations now forbid this.

“The re-alignment of the steered wheels must be uniquely defined by a monotonic function of the rotation of a single steering wheel about a single axis,” states the revised article 10.4.2. “Furthermore, the inboard attachment points of the suspensions members connected to the steering system must remain a fixed distance from each other and can only translate in the direction normal to the car centre plane.”

The system has not yet been seen in action during a race weekend. Mercedes, and any other team hoping to copy it before the end of the current season, now won’t get the chance to run it until – or unless – the 2020 season begins.

Why has the FIA taken the step of outlawing a device which generated widespread interest during pre-season testing? (And, for that matter, won Mercedes much applause for the ingenuity of the design.) There is an immediate cost consideration, but also the possibility that the new rules originally planned for 2021 could be pushed back again to 2023 or even later.

Before the FIA confirmed DAS will not be allowed next year, teams had an incentive to develop their own versions. Previously, not only did they have the opportunity to use it in 2021, but potentially in subsequent seasons if the radical overhaul of the technical rules was delayed further.

The DAS ban suggests a delay beyond 2022 is on the table, which would allow teams to make greater cost savings at a time when they are coming under severe financial pressure due to the delayed start to this year’s championship. Some team principals have already suggested this is indeed under discussion, meaning the sport would have to wait even longer to see its next-generation cars in action.