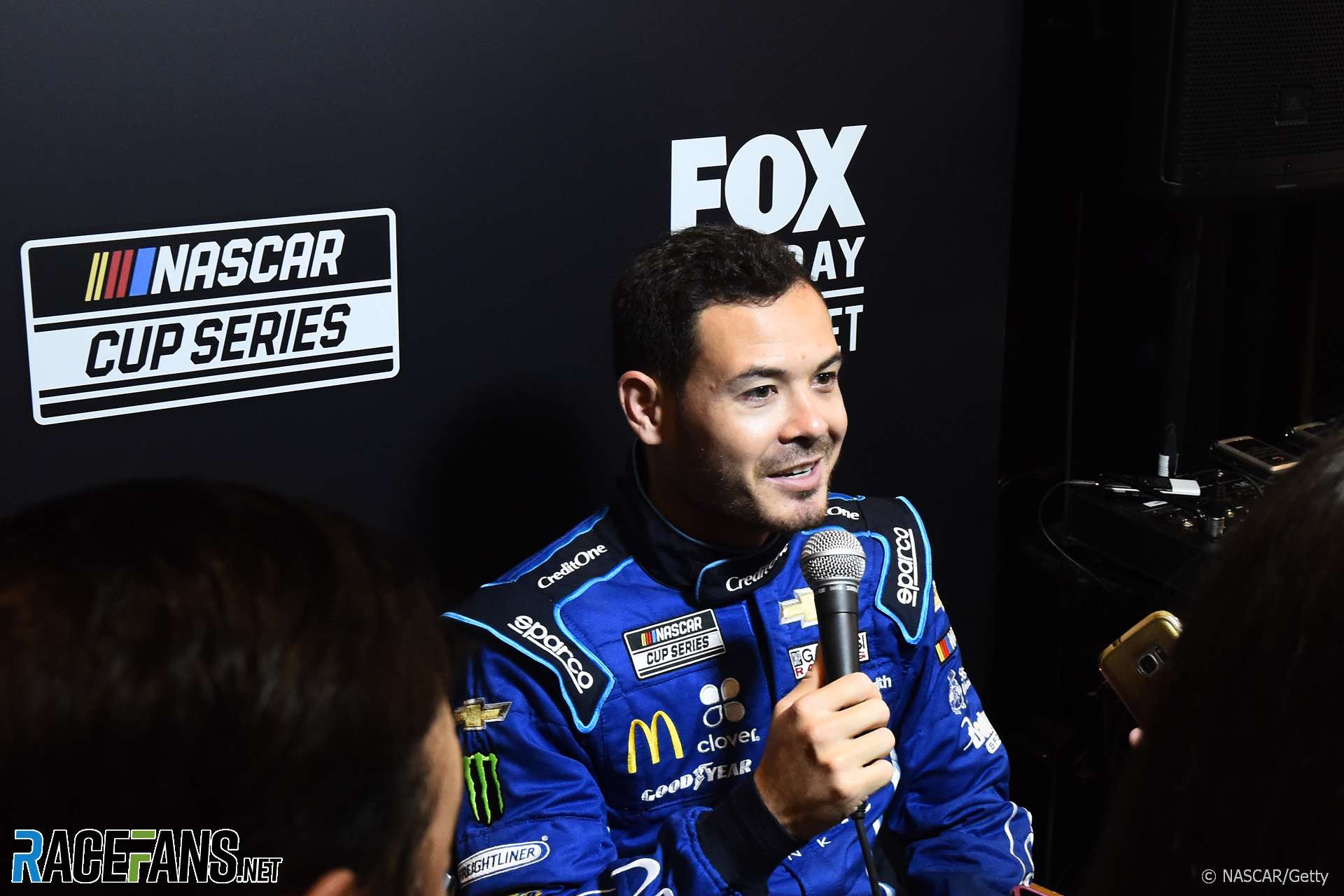 NASCAR driver Kyle Larson could face sanctions by the championship after he was heard using a racial slur during a simrace promoted by the series.

NASCAR has confirmed it is looking into the matter. A spokesperson told RaceFans: “NASCAR is aware of insensitive language used by a driver during an iRacing event on Sunday, and is currently gathering more information.”

NASCAR has previously sanctioned drivers for using language which brings the championship into disrepute. In 2013 Jeremy Clements, a racer in one of NASCAR’s lower leagues, used the same ‘n-word’ as Larson in a post-race interview and was suspended under the series’ code of conduct. He returned to competition after serving a two-race ban.

Larson was among a group of NASCAR and IndyCar drivers who participated in yesterday’s race, including Josef Newgarden, Tony Kanaan, Patricio O’Ward, Oliver Askew and James Hinchcliffe.

Conor Daly was one of those who was heard responding to Larson’s remark on the feed. Daly lost the backing of sponsor Lilly Diabetes in a real-world NASCAR XS race at Road America two years ago after it emerged his father used the same racial slur in a radio interview in the early eighties. Former F1 racer Derek Daly said he regretted the remarks and apologised for them.

Other NASCAR drivers have faced real-world consequences for their actions in simraces. Last week Blue Emu pulled its sponsorship of Bubba Wallace after he retired from the eNASCAR iRacing Pro Invitational due to damage. “We’re interested in drivers, not quitters,” a social media account for the muscle and joint cream brand stated.

Larson ran 12th early in Sunday’s race but fell to 60th in the 62-car field which was racing on the historic Monza banking. The race was won by Justin Botelho.

This article has been updated following a response from NASCAR.