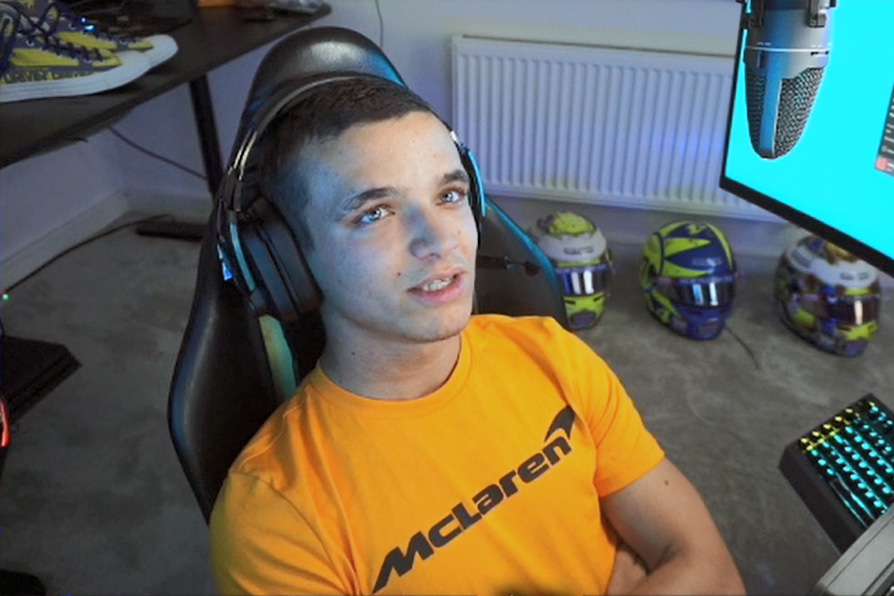 In the round-up: Lando Norris criticises the attitude of some rivals after he collided with the lapped Simon Pagenaud while leading yesterday’s IndyCar iRacing CHallenge.

Following their crash in the IndyCar iRacing Challenge, Lando Norris spoke to Simon Pagenaud live on his Twitch stream (RaceFans via Facebook)

"I feel so bad for the guys as well. Maybe some people aren't taking it seriously. They just think it's a game, it doesn't matter. But there's still a lot of other drivers who - I have Jarv and the engineers and the guys doing the strategy, we still put time into it, whether or not we're at home doing nothing, they're still working and trying to do things. They could be doing other things with their families. They're still wanting to take part in this and have a bit of fun and try to win a race. Then some guys get all selfish, don't care about any of it."

Ecclestone on the future of F1, dictators and Elon Musk (Autocar)

"I get really upset when I see a driver walking along, and standing beside him is a young PR (public relations officer) with a microphone or something, waiting to see what he says. If the guy wants to explode and say something, let him. It’s like they have minders to keep them out of trouble."

The former Ferrari president says Senna wanted to join them 'at all costs' in 1994.

"We take Lando out, let's do it!"@simonpagenaud's live stream from the laps before his collision with @LandoNorris.#IndyCar #iRacing pic.twitter.com/NNDGv0JLEF

That would give drivers an incentive to pull out of the first race if they weren't in a good position in order to gain a better starting position for the second race.

Why would you want to do that?

There was a lot of disappointment in the driving standards from some in yesterday’s IndyCar simrace:

Seriously, this whole ending was a farce and showed a lot…

Simon Pagenaud admitted that he didn’t want an F1 driver to win a virtual race and Santino Ferrucci decided to turn left on his opponent and crash him, just to have a slight chance of winning it.

I thought these guys, as racers, would respect some basic stuff and wouldn’t act like a bunch of 15 year old guys, who have online rage….
Miltiadis (@Miltosgreekfan)