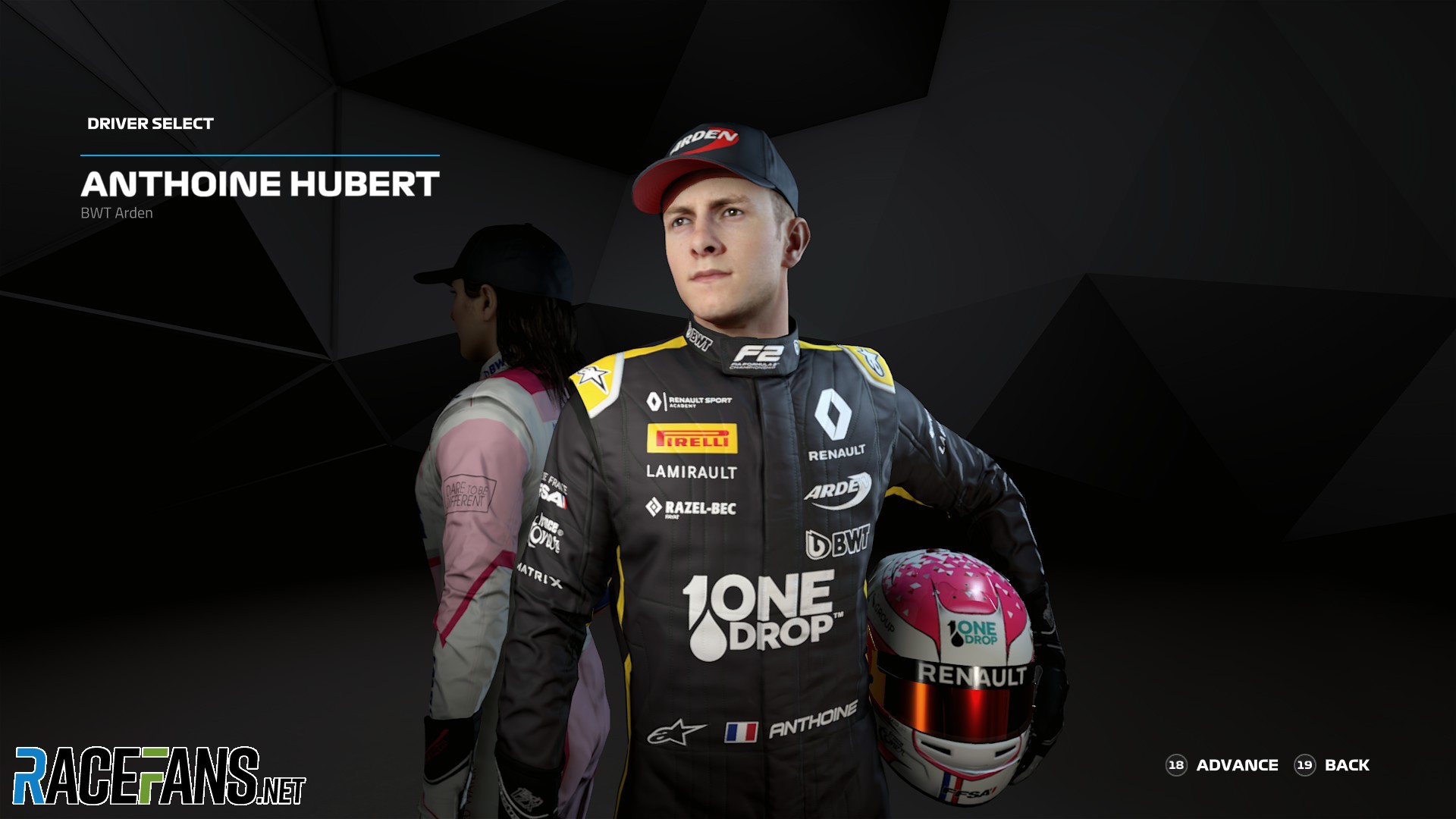 The new edition of the official Formula 1 game will allow players to add Anthoine Hubert, who died in a Formula 2 crash last year, to the 2020 F1 grid.

Hubert’s likeness will appear in the new ‘My Team’ mode. Players can select him as their team mate in their own custom-designed 11th entry to the 2020 Formula 1 championship.

The game gives players a list of drivers from the 2019 F2 season which they can hire. The options also include Juan Manuel Correa, who is recovering from the serious leg injuries he sustained in his collision with Hubert last August.

The ‘My Team’ mode allows players to compete in 10 consecutive seasons during which time drivers can move on to other teams.

Codemasters Formula 1 game director Lee Mather confirmed to RaceFans details of the F2 driver roster which will be “available as part of the driver market and will be available to hire in My Team.”

“The inclusion of both Anthoine Hubert and Juan Manuel Correa was not taken lightly,” he said. “The decision to include both drivers in F1 2020 wasn’t made in isolation, all parties relating to the two drivers were consulted, and it was agreed that this was the right thing to do.”

Mather said a special notification will appear when Hubert’s likeness is selected. “When viewing Anthoine on the driver select screen we’ve added a small dedication, to honour his memory.”

Hubert and Correa feature in the current version of F1 2019 (pictured). The game was released in June last year prior to the crash, although the 2019 Formula 2 drivers were added in a later patch.

Watch our first play of a preview version of F1 2020 above and read our in-depth guide to what’s new in the game.

More videos from our first play of F1 2020 are being published over the coming days. Find them all on RaceFans’ YouTube page: