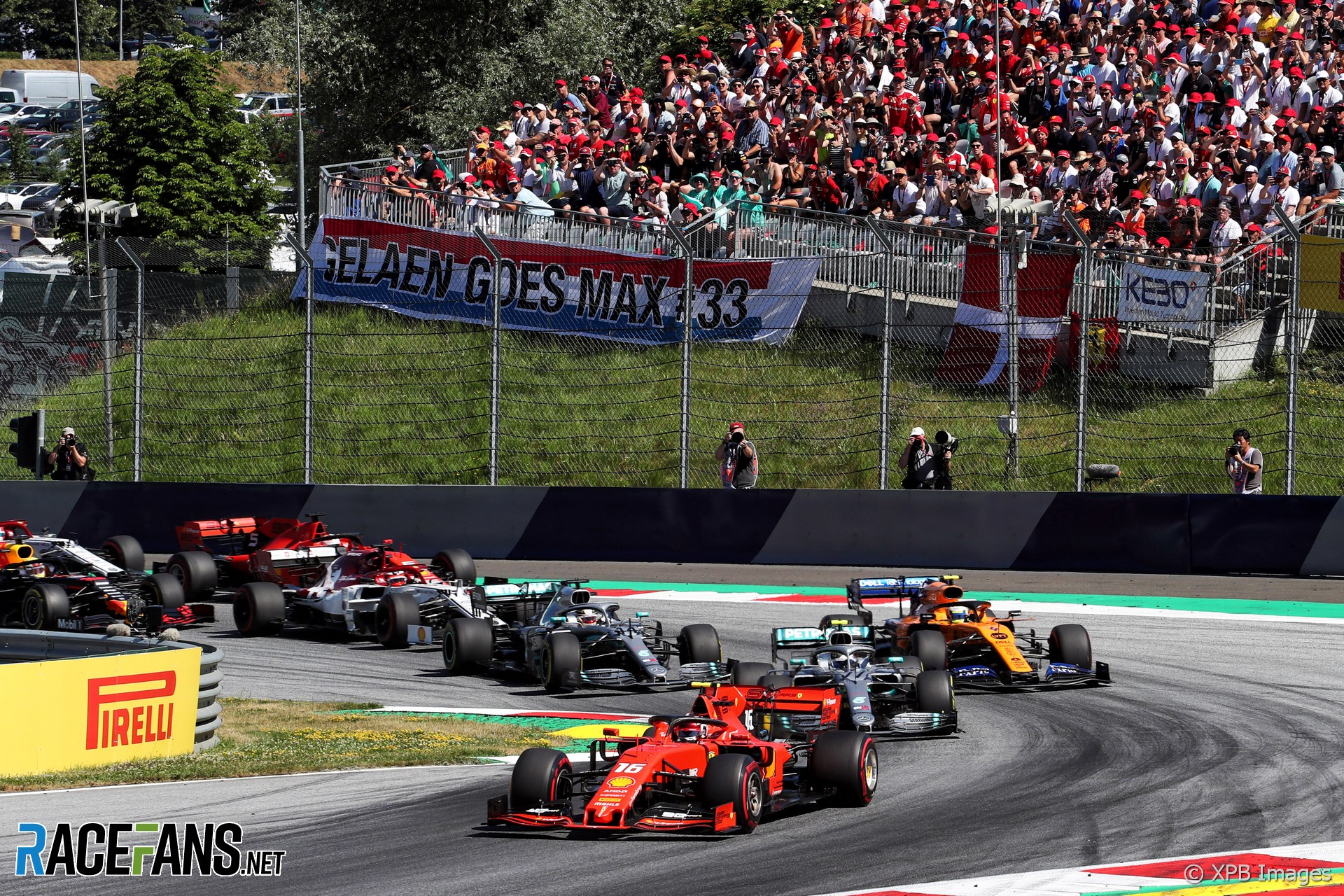 The heavily-delayed 2020 F1 season is now due to begin in 50 days’ time. But what will the final championship calendar look like?

The championship came within a few days of holding the season-opening race when teams assembled in Melbourne a few months ago. But the cancellation of that race, and the decision to call off the next nine rounds, means the total wait for the next race since the final round of last season will reach at least 216 days – one of the longest ever gaps between consecutive races.

The last race to be called off was the French Grand Prix. That happened on April 27th, and F1 hopes the race that was due to follow it on the calendar, the Austrian Grand Prix, will take place as planned seven weeks from tomorrow, albeit without any fans present.

This is in stark contrast to NASCAR, which will resume racing tomorrow at Darlington Raceway. Other series have also announced earlier resumptions than F1, but don’t have the complications of having either races or teams based in different countries, let alone both.

Austria is now expected to hold two races and yesterday Silverstone announced it will do the same. F1 will therefore potentially kick off with an unprecedented quadruple-header of races as it bids to hold at least 15 events – believed to be the minimum necessary in order to satisfy television broadcasting contracts.

The next round on the original schedule was due to be at the Hungaroring. Assuming F1 would not countenance holding a quintuple-header – though remember the teams have waived their right to approve the final calendar – its original race date of August 2nd would give competitors a two-week breather after Silverstone. The Hungarian Grand Prix promoter has said its event will also be held behind closed doors.

This was due to be followed by the summer break, but this has been scrapped. Here F1 plans to schedule other European rounds.

The Spanish Grand Prix previously looked doubtful, having only secured a one-year extension on its contract last year. Carlos Sainz Jnr’s deal to drive for Ferrari next year changes that – Spain could now become as lucrative a market for F1 as it was during Fernando Alonso’s pomp.

F1 will also be eager to reschedule Zandvoort’s race, the first at the track for 35 years, even if restrictions prevent the stands being swamped with the expected hoards of Max Verstappen fans.

Belgium was originally due to hold its race on August 30th, but the extension of restrictions on sporting events in the country until the end of the month jeopardised that. However the president of the Wallonia region where the track is situated has indicated the race could be granted an exemption. Providing, again, the race goes ahead without spectators.

If Italy’s round, due to take place one week later, can go ahead, F1 will have successfully reinstated the majority of its European season. The exceptions are Monaco – which will not be rescheduled due to the logistical difficulties of preparing its temporary circuit in time – and France. The latter is a curious case, however, as the carefully-worded statement announcing its ‘cancellation’ appeared to leave room for Paul Ricard to hold a race this year providing it is not titled the ‘French Grand Prix’.

Formula 1 chairman and CEO Chase Carey intriguingly revealed multiple venues which were not on the original 2020 F1 calendar are being considered for races. Hockenheim seems an obvious option, and German media reported this week as many as two races could be held there.

This could prove a useful option as Singapore’s race will almost certainly not go ahead if it cannot be staged on its original date of September 20th. While holding races at permanent venues behind closed doors may be viable, doing so on a temporary circuit in the centre of a city presents many additional complications.

The structure of the final calendar beyond that remains highly speculative. However Carey’s recent comments indicate the season finale at Yas Marina will be postponed from November 29th to December 13th, with the rescheduled (and likewise highly lucrative) Bahrain round taking place on the preceding weekend.

While other series have published more detailed schedules for their restructured calendars, F1’s plans inevitably remain more fluid. That is due both to its globe-hopping nature, and the persisting doubts over how successfully different countries have contained the pandemic which forced the scrapping of every grand prix which was due to take place in the first half of 2020.

Where can F1 accommodate postponed races?