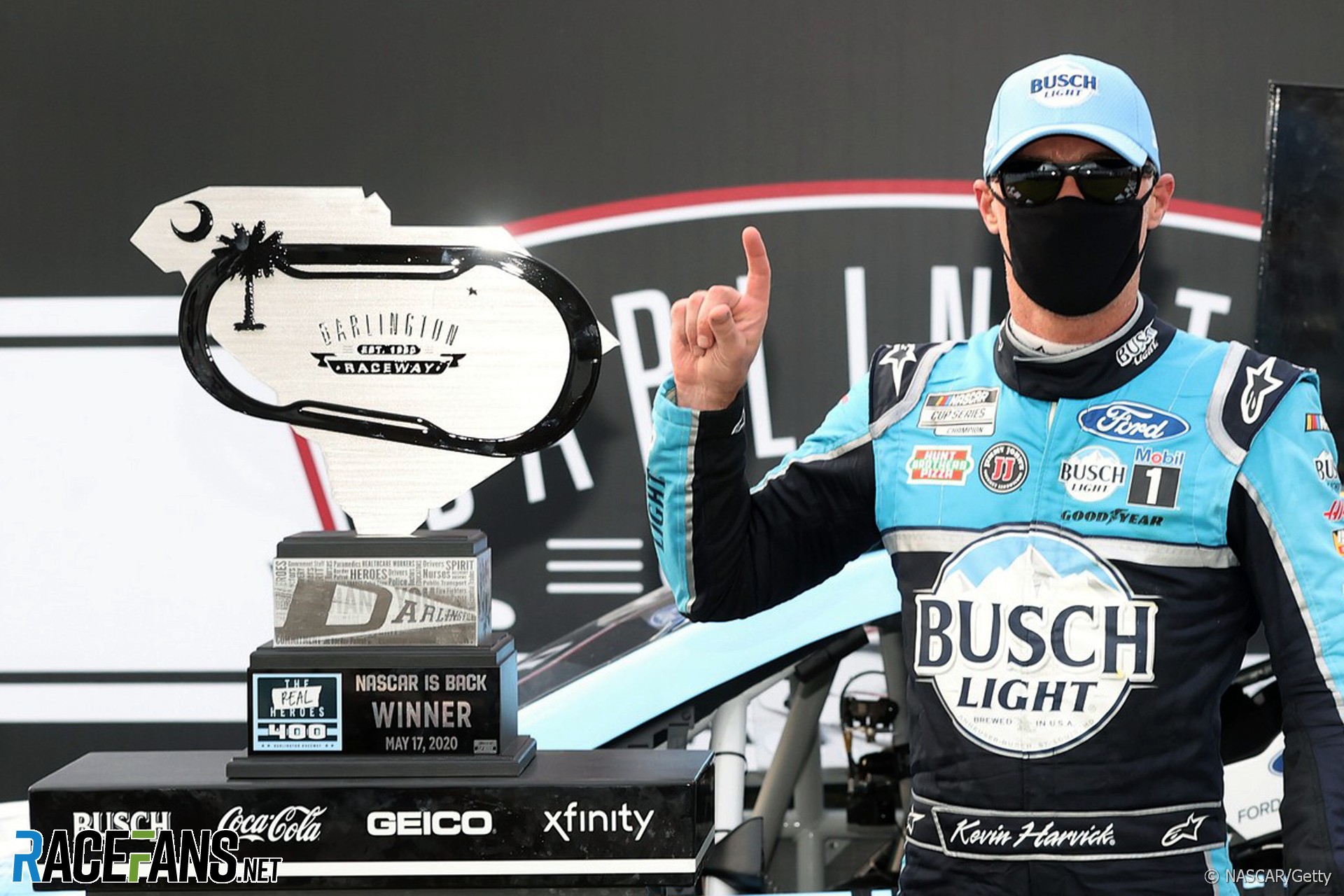 Yesterday NASCAR became the first major motorsport series to hold a race since the pandemic began.

A 40-strong field of drivers took the green flag for the Real Heroes 400 at Darlington Raceway. In a country which has had more Covid-19 infections (over 1.4 million) and deaths (more than 85,000) than any other, the series took many precautions to reduce the risk of spreading the virus.

The entire event was compressed into a single day. No practice or qualifying were held, just 293 racing laps around the 2.19-kilometre oval.

The event was held behind closed doors with no fans in attendance (Red Bull Ring and Silverstone intend to do the same when F1 returns in July). Teams’ motorhome were spread over a wider area and garages reorganised to give mechanics more space.

To keep numbers within the circuit to a minimum only essential team staff were present and all were required to practice social distancing and wear face masks – failing to do the latter risked a hefty fine. Journalists sat two metres apart from each other in a sparsely-populated media centre.

Teams were also required to monitor the health of their employees and random temperature checks were conducted. However Covid-19 tests were not conducted.

The race went ahead without problems and Stewart-Haas’s Kevin Harvick won the first NASCAR race to be held for 70 days. It was the fifth round of the championship which was originally supposed to have held 12 races by this time.

NASCAR intends to play catch-up over the coming days with another race at Darlington on Wednesday followed by two races at Charlotte Motor Speedway within the following week. This will include one of the series’ centrepiece races, the 600-mile race on May 24th. This is usually scheduled alongside the Indianapolis 500 but has that date to itself following the postponement of IndyCar’s blue riband race to August.

The drivers carried tributes to local medics on their cars in recognition of their work to save the lives of those affected by the pandemic. Harvick’s race-winning car bore the name of Dr Josh Hughes – some of the other tributes can be seen in the gallery below.

12 comments on “Is this how motorsport will look in 2020? NASCAR returns at Darlington”