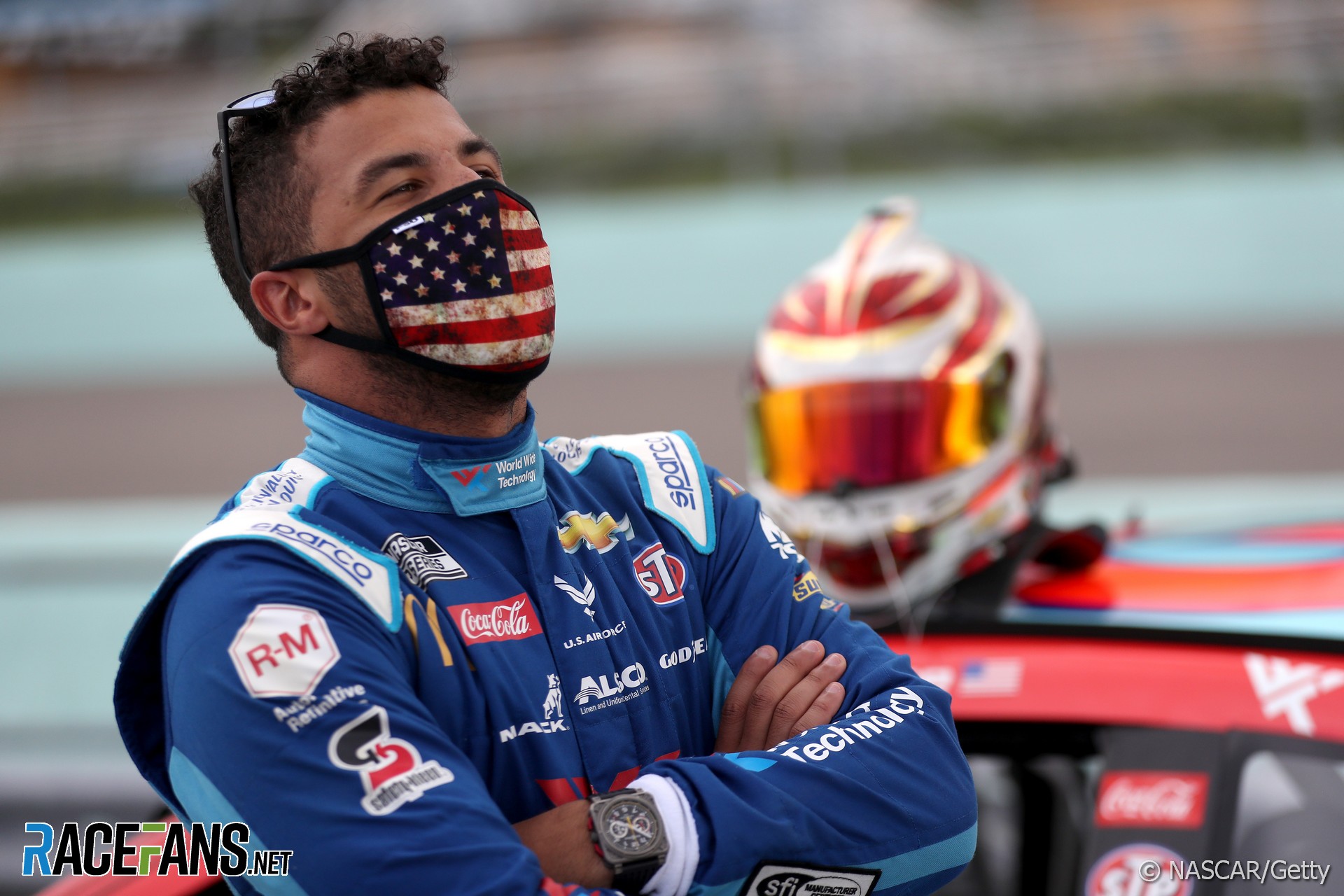 NASCAR driver Bubba Wallace was not the target of a hate crime according to the Federal Bureau of Investigation, the championship has announced.

The championship revealed on Sunday a noose has been discovered in the garage belonging to the driver of the number 43 car at Talladega Speedway.

Nooses, symbolic of lynchings, have long been used to intimidate black people. However the FBI’s investigation discovered the item in question had been left in the garage months earlier.

“The FBI has completed its investigation at Talladega Superspeedway and determined that Bubba Wallace was not the target of a hate crime,” said NASCAR in a statement.

“The FBI report concludes, and the photographic evidence confirms, that the garage door pull rope fashioned like a noose had been positioned there since as early as last fall. This was obviously well before the 43 team’s arrival and garage assigned.”

NASCAR had reacted quickly following the discovery of the suspect noose. The series’ president Steve Phelps said on Monday anyone found to have been involved in placing it “will be banned from this sport for life”.

“We appreciate the FBI’s quick and thorough investigation and are thankful to learn that this was not an intentional, racist act against Bubba,” NASCAR’s statement concluded. “We remain steadfast in our commitment to providing a welcoming and inclusive environment for all who love racing.”

Wallace’s rivals gave a show of support to the series’ only full-time black competitor ahead of the start of yesterday’s rain-delayed race, pushing his car to the front of the grid.

Speaking to media in a teleconference after the statement was made, Phelps shed light on how the noose came to be found. “I want to be clear about the 43 team: The 43 team had nothing to do with it,” he said.

“The evidence is very clear that the noose that was in that garage had been in the garage previously. The last race we had there in October, that noose was present.

“The fact that it was not found until a member of the 43 team came there is something that is a fact. We had not been back to the garage.

“It was a quick, one-day show. The crew member went back in there, he looked at, saw the noose, brought it to the attention of his crew chief, who then went to the NASCAR series director Jay Fabian and we launched this investigation.

“To be clear, we would do this again. The evidence that we had, it was clear that we needed to look into the incident.”

71 comments on “NASCAR: Wallace “not the target of a hate crime” according to FBI”