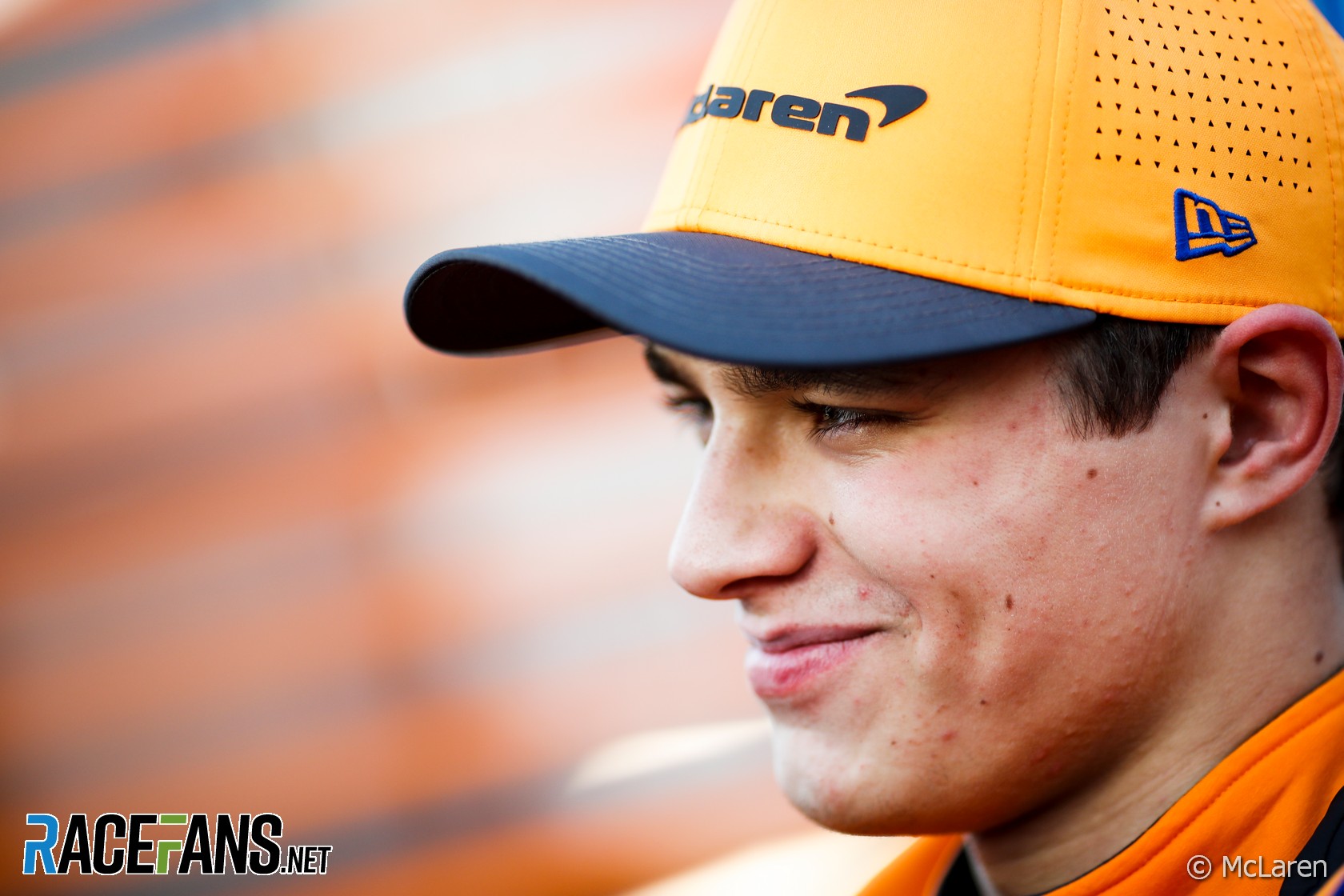 Formula 1 drivers may show their support for anti-racism protests by ‘taking a knee’ at this weekend’s Austrian Grand Prix, according to Lando Norris.

The McLaren driver told the Press Association the subject will be discussed during Friday’s meeting of the Grand Prix Drivers’ Association.

“Some of the drivers have already been speaking [about taking a knee],” he said. “If we are going to do it, we should all do it as a grid.”

Taking a knee – kneeling during a pre-event national anthem performance – has become a symbol of support for anti-racism since National Football League player Colin Kaepernick made the gesture in 2016. The following hear Lewis Hamilton considered doing the same at the United States Grand Prix.

Competitors in some other sports have adopted the practice following the death of George Floyd last month which prompted a fresh wave of anti-racism protests. Hamilton lobbied others within the sport to support the movement, and F1 has responded by launching its ‘#WeRaceAsOne’ initiative, while Hamilton’s Mercedes team yesterday announced it will contest the season in a new black tribute livery.

Norris said the drivers “Will do whatever we can to show that we care and respect everyone. We will do what is right when the time comes.”

“I want to do better than any other driver, but everyone should be given the same opportunity and treated the same,” he added. “It is not fair that people get treated differently because of their race.

“This sport reaches millions of people and the more we can do as drivers, teams, and as a community in Formula One, the bigger impact we can have.”

77 comments on “F1 drivers may ‘take a knee’ to support anti-racism at Austrian GP, says Norris”