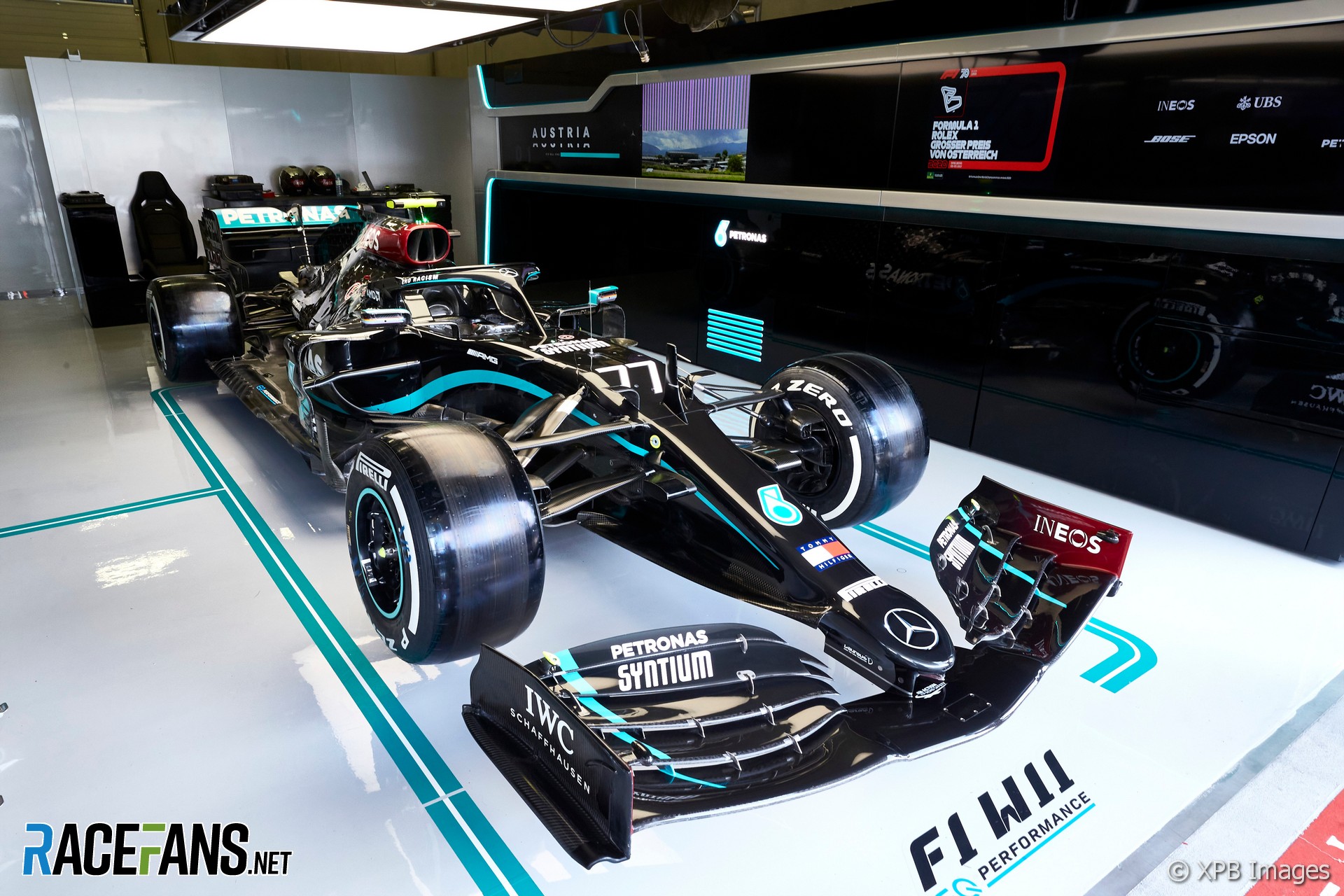 Mercedes’ W11 has been seen in its new black livery ahead of the start of this weekend’s Austrian Grand Prix.

The car will run in its new guide for the rest of the 2020 F1 season. The change has come about to acknowledge the team’s desire to support the fight against racism and promote diversity. It carries the slogan ‘end racism’ on its Halo.

Lewis Hamilton has played an active and vocal role in encouraging others in Formula 1 to speak out against racism, and urged Mercedes to do more to take a stance on the matter following the killing of George Floyd in May.

“I think it is a shame that it’s taken another death of a black man in the States to kind of really kick-start this all,” he said in an FIA press conference ahead of the Austrian Grand Prix today.

“I’ve personally had to spend a lot time trying to also educate myself to make sure that I am fully up to date with everything that’s been past and what is present. I think it’s positive to see that the people are reacting and do want to see more people being more proactive.”

Formula 1 has also announced its own initiative to promotive diversity, called ‘#WeRaceAsOne’, which is being heavily promoted around the Red Bull Ring and on rival teams’ cars this weekend.

“I think Formula 1 have been great,” said Hamilton. “I spent a lot time on the phone with them, doing Zoom calls, talking about their plans and how we can move forwards united.

“I spent a lot of time talking with Mercedes and it’s great to see them on board and being part of this process of shifting and focussing on equality and inclusivity.”

Hamilton has repeatedly urged others in the sport to support the cause. “There are a lot of people that just take a moment to say something, to post Blackout Tuesday, but they’re not really doing much [else],” he said.

“I’ve definitely not heard anything from any of the other teams, as far as I’m aware. And the call-out was really for everyone in this industry.

“But it is a starting point, and I won’t stop pushing until we really see change. Seeing one person of colour added to the paddock is not diversity.