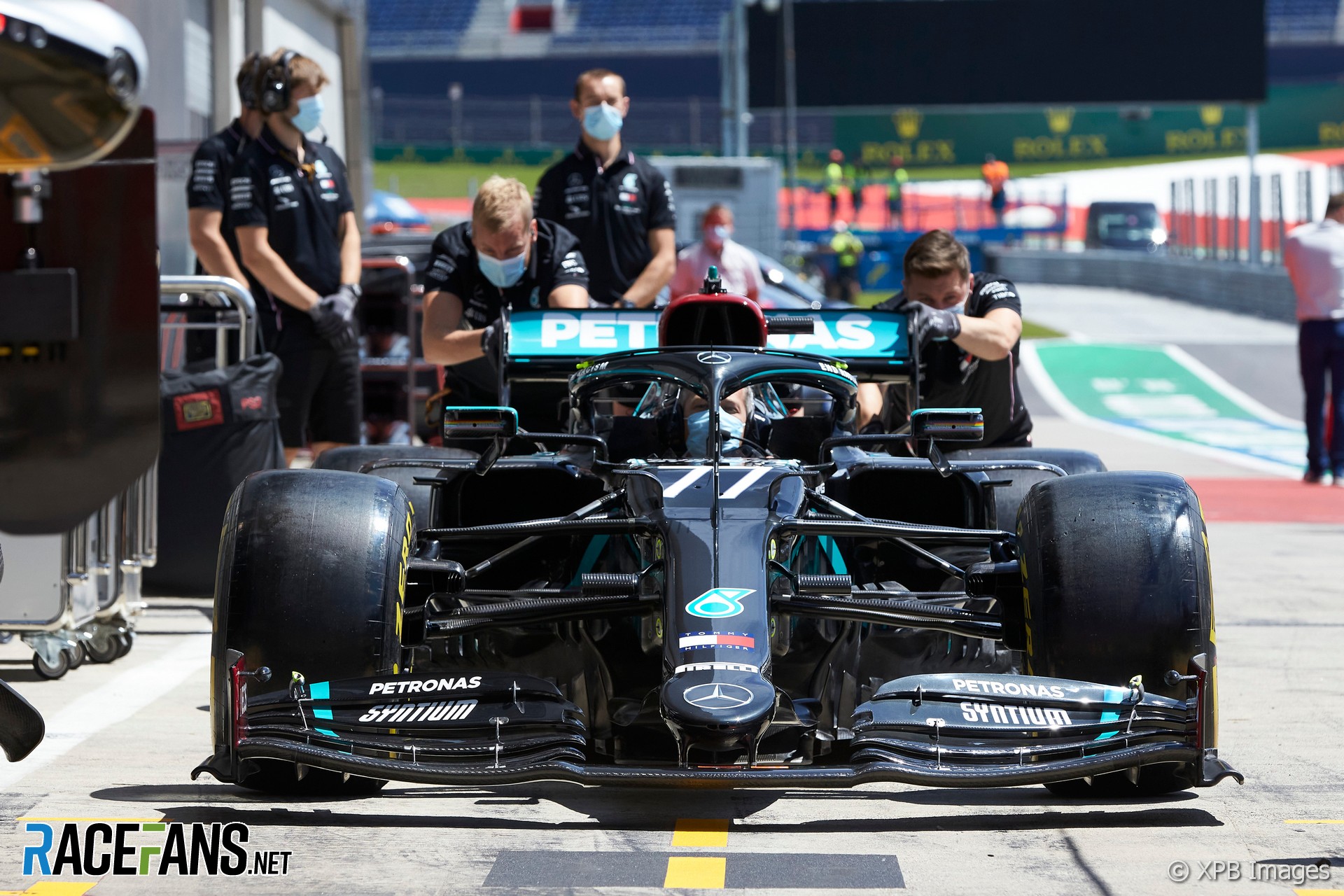 Mercedes has confirmed it is running DAS, which allows its drivers to adjust the toe angle of their front wheels, on their cars this weekend. Lewis Hamilton and Valtteri Bottas operate their version of DAS by sliding the steering wheel back and forth on the W11.

Horner told Sky Red Bull have requested a “clarification” and “raised some questions” over it with the FIA.

Asked whether Red Bull could consider introducing their own version of DAS on the RB16 this year, Horner said: “It depends what it actually does and achieves”

“Everything has to earn its place on the car,” he said. “It’s a clever system, it’s an ingenious system. But these rules are so complex it’s just understanding which part of the regulations it fits.”

Ferrari had considered introducing a similar system to DAS but decided against proceeding with it, partly due to doubts over its legality. Mercedes decided to introduce the device following discussions with the FIA which led them to change the mechanism which operates it.

The FIA has already confirmed DAS will not be allowed on cars next year.