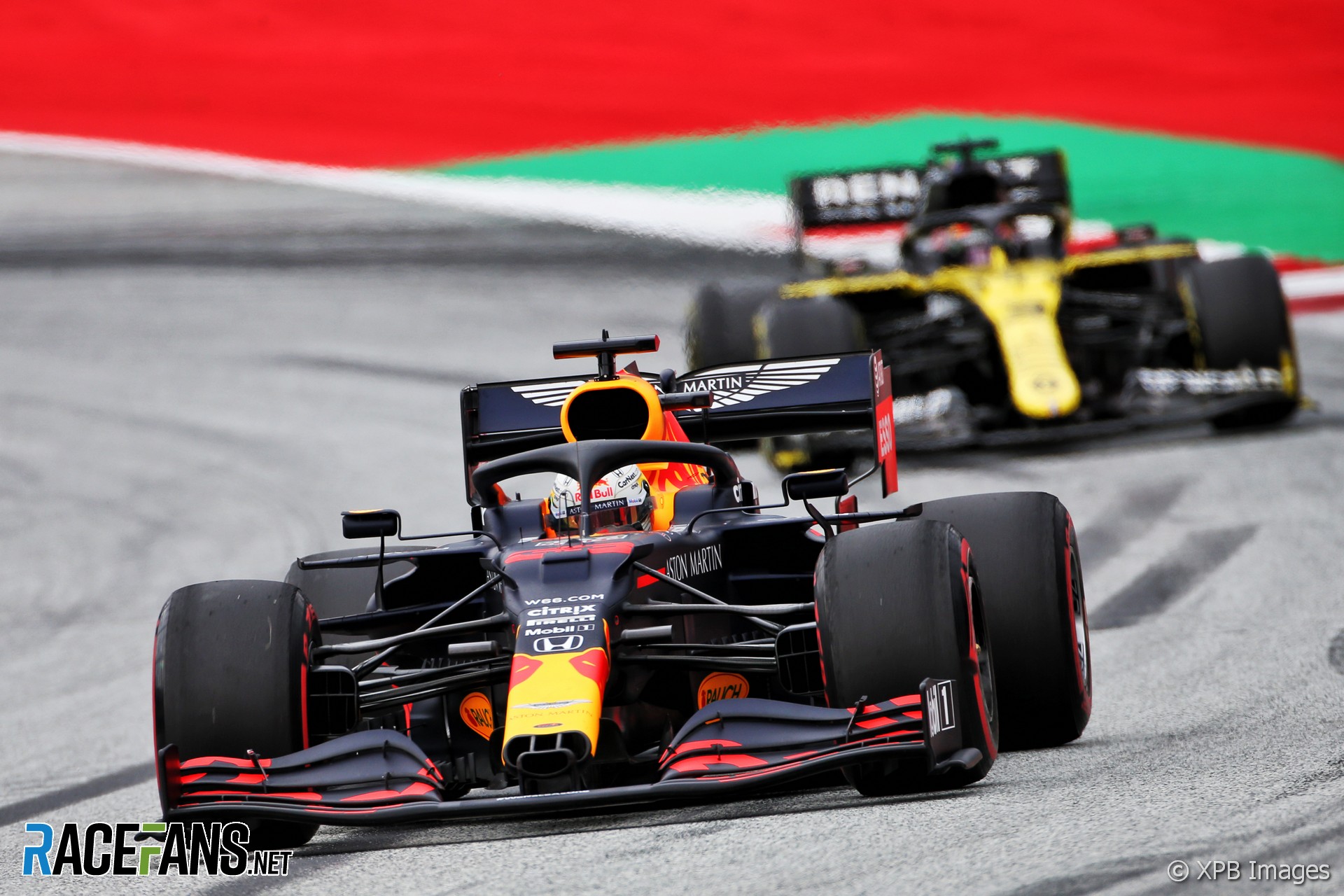 Last year’s winner at the Red Bull Ring ended second practice eighth, nine-tenths of a second slower than pace-setter Lewis Hamilton, with five different chassis ahead of the RB16.

However Verstappen came away from the track with a “positive” initial impression of his car’s performance.

“Overall it was a positive day, the car was handling well and I’m pleased with the number of laps we did which is really important after such a long break,” he said.

“The lap times don’t really say anything because I broke my front wing on the push lap, so we had to fit a different wing. I think we were a little too aggressive for that and I had a spin and a little off, but nothing major.

Red Bull also suffered wing damage at their home track in practice 12 months ago. “The kerbs are what they are here and it’s the same for everyone,” said Verstappen. “The front wing doesn’t really like the yellow kerbs so we do have to be careful.

Both Red Bull drivers had spins on Friday: Verstappen in the first session and Alexander Albon in the second. Verstappen also went through the turn five gravel trap in the afternoon.

However he said the team are in “confident” mood. “There are always things we can do better but overall it was a good day and I’m looking forward to tomorrow.”