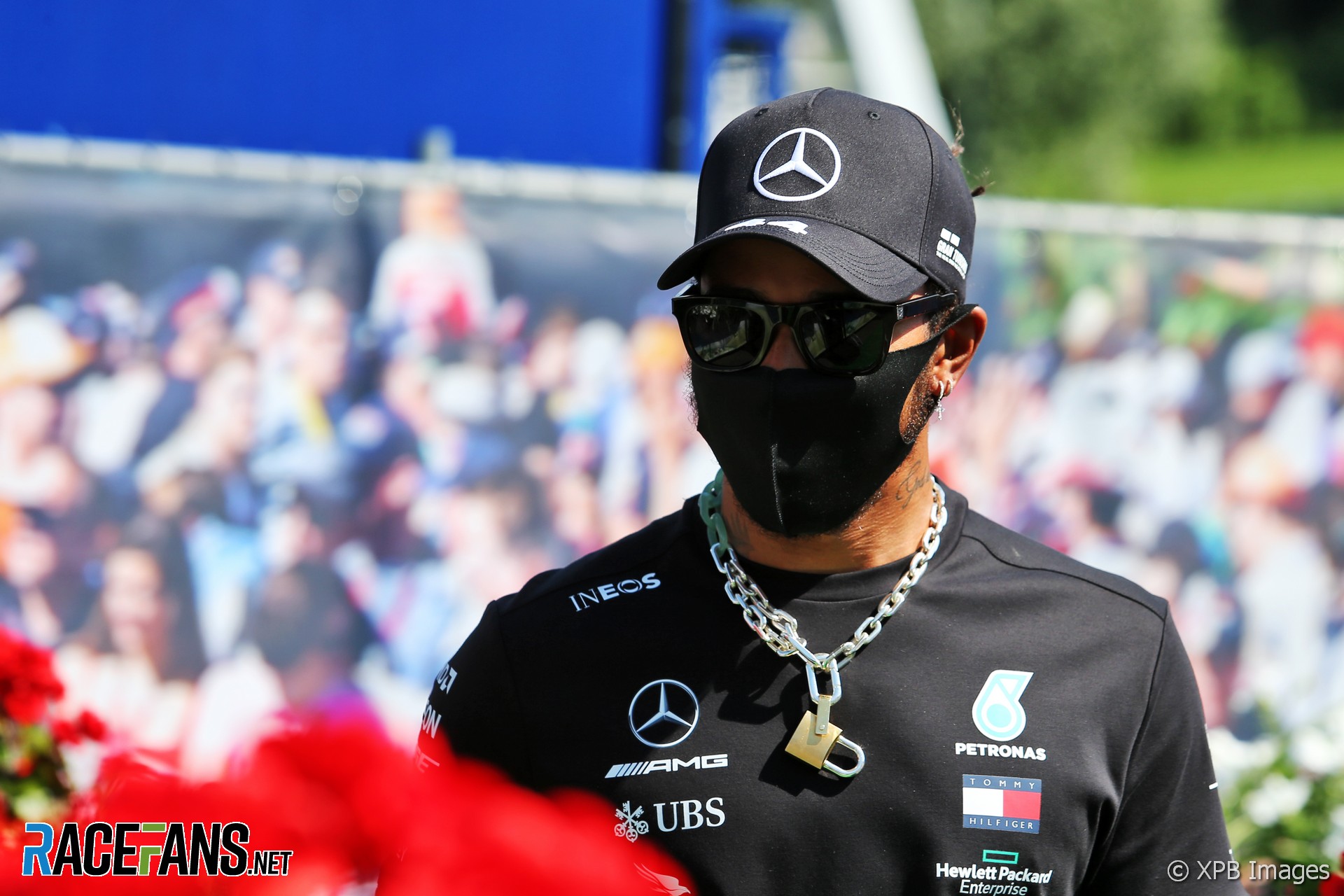 Lewis Hamilton has lost his front row start for the Austrian Grand Prix, less than an hour before the race is due to begin, after being given a three-place penalty.

Max Verstappen has been promoted to second place on the grid in place of Hamilton’s Mercedes. His Red Bull team requested the stewards review the decision they made yesterday not to penalise him for allegedly failing to slow for yellow flags.

Hamilton will start the race from fifth position. Lando Norris has been promoted to third, followed by Alexander Albon in the second Red Bull.

The stewards’ accepted Red Bull’s request for the decision to be reviewed after the team supplier new, 360-degree onboard camera footage from Hamilton’s car.

“Taking into account these facts, the stewards determine that decision 33 will be reversed and the above mentioned penalty is being imposed.”

The stewards, summoned the team (Document 39) and held a hearing at 13:45 on Sunday 5th July, 2020. The Stewards heard the driver and the team representative.

The stewards determine that the additional video evidence represents a significant and relevant new element which was unavailable to the parties at the time of the competition concerned.

Reasons:
During the initial hearing, no on-board video footage of car 44 was available to the Stewards. Aston Martin Red Bull submitted 360 degree camera footage from car 44 including the passage of car 44 through the relevant section of the track.

Following a petition to review decision 33 taken after qualifying, the stewards acknowledged that the on-board footage of car 44 represents a significant new element (see decision 41) that had not been available to the Stewards in the hearing on Saturday and therefore reviewed the case.

The stewards heard from the driver of Car 44 (Lewis Hamilton) and the team representative and have reviewed the new video evidence and telemetry evidences.